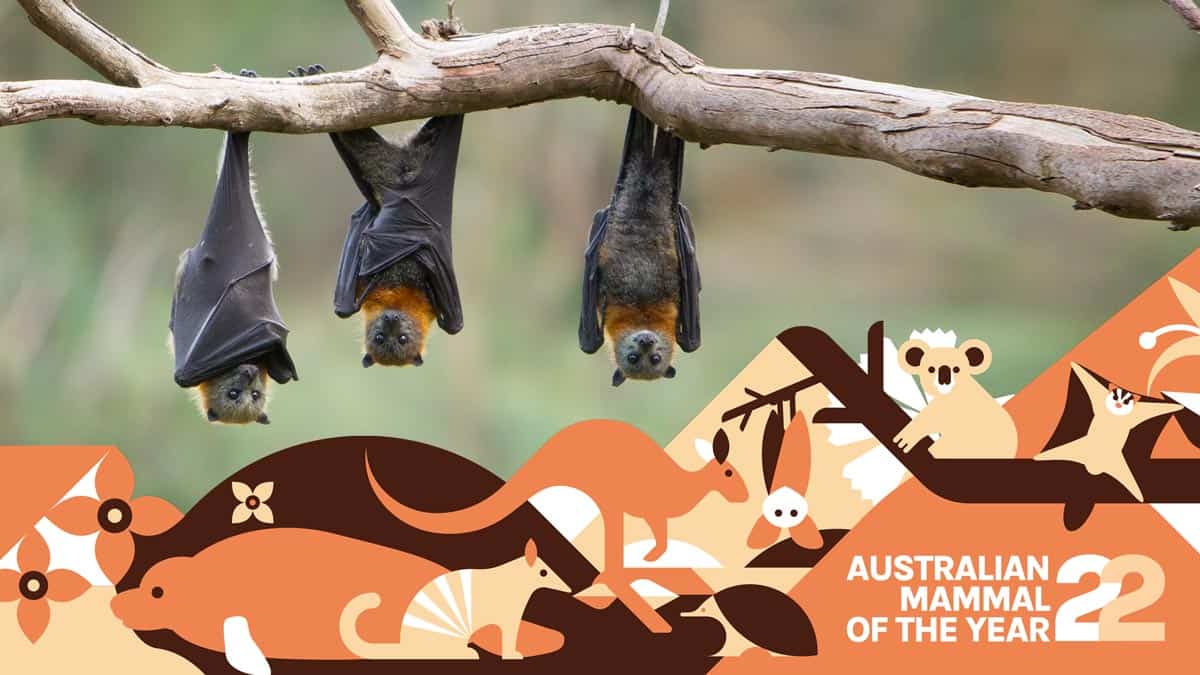 Grey-headed flying-foxes, or “fruit bats” as they are affectionately known, are Australia’s largest flying mammal. They are highly social and intelligent creatures, roosting in congregations known as “camps” during the day, which typically contain hundreds or thousands of bats at a single time. Most bats will fly out of the camp at dusk to feed, and these mass departures are one of Australia’s greatest, most accessible wildlife spectacles.

Flying-foxes have excellent eyesight, and they also communicate by both scent and sound. If you watch flying-fox camps during the day you will see the bats not only snoozing but also chattering, squabbling and stretching. You may also notice their distinct smell: they use odours to identify camp trees, their young, and also to attract mates. Despite this, flying-foxes are very clean animals that constantly groom themselves.

While they have the “fruit bat” moniker, flying-foxes mostly eat blossom pollen and nectar. They have been recorded feeding on over 170 different native tree and shrub species, though no doubt there are many others in their food diet. This includes Australia’s iconic eucalypts, bottle-brushes, banksias and wattles. As they feed, pollen sticks to the fur on their faces and chests, and they carry it with them as they move from tree to tree.

Moving is something flying-foxes do incredibly well, covering truly spectacular distances. An individual grey-headed flying-fox may travel over 2,500km in a year, and over 50km in a single night. Flying-foxes are nomadic and will not stay put for long, switching between camps as forests come into flower. This combination of being big, very mobile, and flexible in what they eat makes them keystone pollinators for Australia’s forests and woodlands.

Flying-foxes breed slowly – grey-headed flying-fox mums are pregnant for about six months of the year and only give birth to one pup at a time. These mums will leave their pups in a creche tree at night when they are out to feed, or carry them in between camps as they move, with the pup clutching to their chest. Because they don’t breed quickly it takes the population a long time to “bounce back” from changes.

The habitats that grey-headed flying-foxes depend on have been destroyed through time, sometimes quite suddenly. This includes extensive losses to urban and industrial developments along Australia’s coastline, and, more recently, the Black Summer fires which burnt through 17% of its remaining habitat. In the fragmented forests that are left, flying-foxes are facing even more direct threats from climate change; when extreme heat stress events occur, hundreds and even thousands of bats can die in the space of a few hours.

All of this has led to the grey-headed flying-fox being listed as threatened, with lots of work to be done to help recover the species. As with most bats, the grey-headed flying-fox gets a bad rap as they can evoke images of Dracula and Halloween, and people may associate them with diseases or feel impacted by the noise and smell of their camps. But they truly are a wonder of nature and an asset to Australia’s ecosystems, and deserve our respect and admiration. 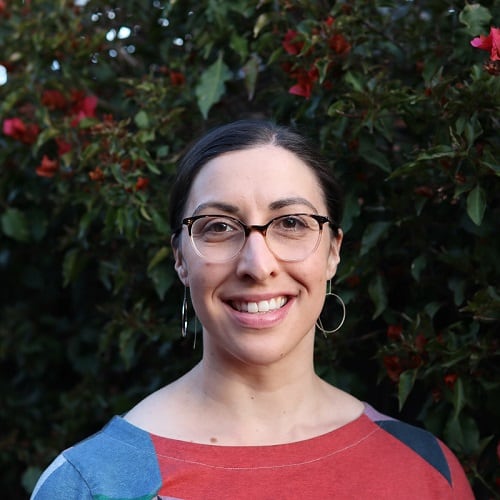 Pia is a conservation scientist and all-around bat enthusiast working with the ICON Science group at RMIT University, trying to understand how we can manage wildlife populations and humans better to coexist