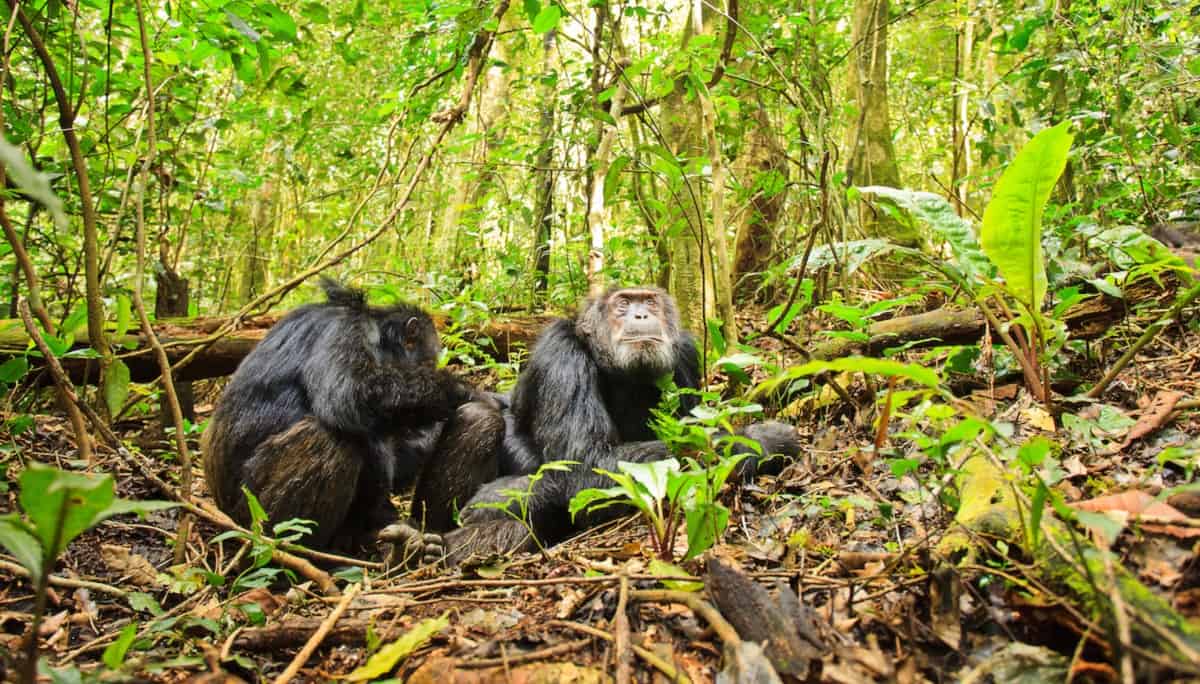 As humans age they tend to favour small groups of old friends, where interactions are positive and stress-free.

It’s the same with chimpanzees, according to new research, and that’s significant because such behaviour was thought to be unique to us.

A team of psychologists and primatologists drew on 78,000 hours of observations of the social interactions of 21 male chimps aged 15 to 58 in the Kibale National Park in Uganda over two decades.

The work – which involved four US universities and Uganda’s Makerere University – focussed only on males, as they show stronger social bonds and have more frequent social interactions than females.

Writing in the journal Science, the team describes how ageing chimps have more mutual and positive friendships than younger chimps, who have more one-sided, antagonistic relationships.

And although they are more likely to be alone, older chimpanzees also socialise more with important social partners.

The twist in all this relates to what’s known as socioemotional selectivity theory (SST). This holds that people prioritise established relationships as they grow older because of their own impending sense of mortality and the desire to make the best of available time.

“Even though chimps are very smart, they do not understand they’re going to die,” says Richard W Wrangham, from Harvard University.

“Much more likely something else is going on in chimps to explain why their relationships become more positive as they get older, and then the question is what applies to chimps the same as what applies to humans.”

The results show that increasing social selectivity can occur in the absence of a rich future time perspective, the authors say.

“Thus, the patterns that SST was created to explain appear to generalise beyond our own species and might not depend on having a well-developed concept of time or conscious awareness of mortality,” Joan Silk, from Arizona State University, writes in a related Perspective article.