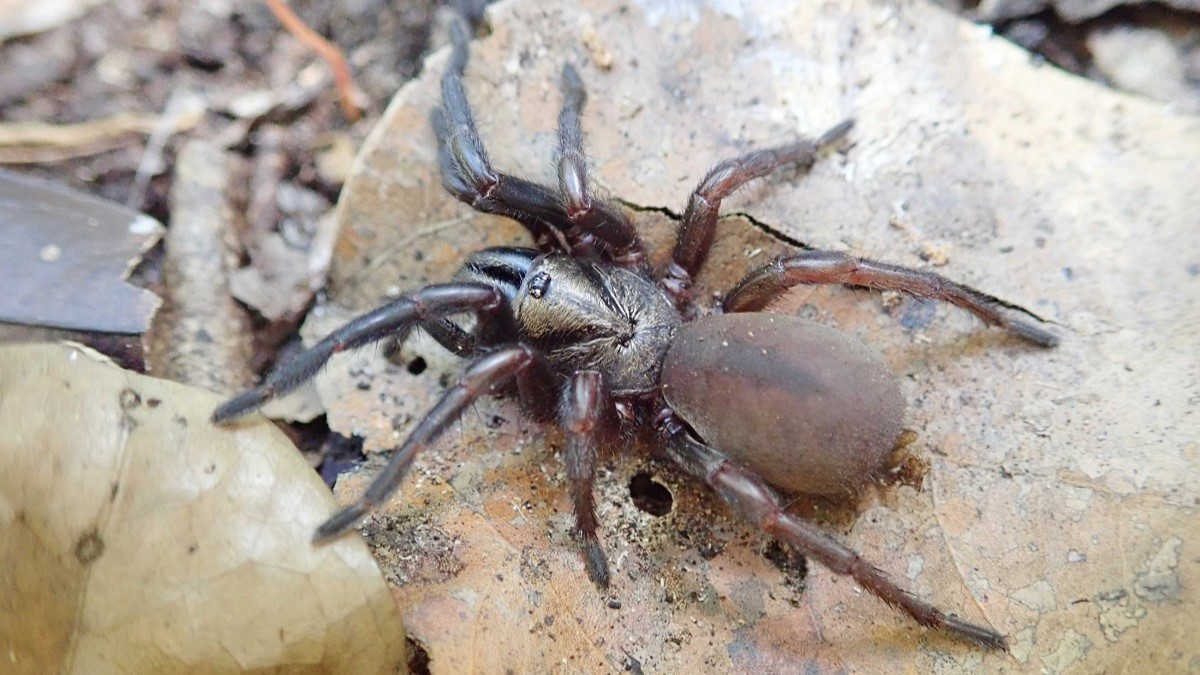 One of the species of wishbone spider collected near Bowen. Credit: Jeremy Wilson.
More on:
Queensland

The project aims to describe at least 100 new species of spider in the next three years.  Leading the project is Queensland Museum Network Arachnologist, Dr Jeremy Wilson.

“These are burrowing spiders that live throughout dry and tropical regions of Australia, and we estimate there are over 100 new species that we will describe,” Says Wilson.

“We call them wishbone spiders because many of them have two entrances to their burrow – a main entrance and a second hidden entrance that the spider uses as an escape chute. These two entrances give the burrow a y-shape, like a wishbone.”

Having already completed the project’s first field trip into Central Queensland, Wilson’s team has uncovered 24 new specimens. They believe eight of these will be critical for the study.

The project is supported by Project DIG, a partnership between the Queensland Museum Network and  miner BHP. The $7.6 million collaboration is aimed at digitising Queensland’s State Collection to “transform how we store, explore and share our collection and research with communities, students and scientists no matter where they are.”

“We have to understand what the currently known species of wishbone spiders look like so that we can recognise new species, that’s why we returned to the location of the first species ever described. There are 46 named species in the genus, but we estimate there are over 100 species still to be described.”

Spider lovers will be happy to know that Wilson’s team has been met with a wealth of the creepy crawlies.

Read more: Misinformation can occur with everything… just ask spiders

Australia is home to some of the world’s largest spiders, many of which live in the tropical regions of Queensland.

Wishbone spiders don’t rival these bird-eating goliaths of the spider kingdom, the largest of which is the Bearded Wishbone (Xamiatus magnificus) which grow to a body length of about 58 mm.

Joint investigator on the project, and Queensland Museum’s Principal Scientist, Dr Michael Rix, says a major aim of the project will be to develop a complete understanding of the spider genus Aname. These wishbone spiders are endemic to Australia.

“Using molecular sequencing we will be able to study the evolution of the group across Australia, which will be very exciting,” Rix says.

Originally published by Cosmos as Watch out, arachnophobes! Queensland Museum is setting out to discover up to 100 new spider species