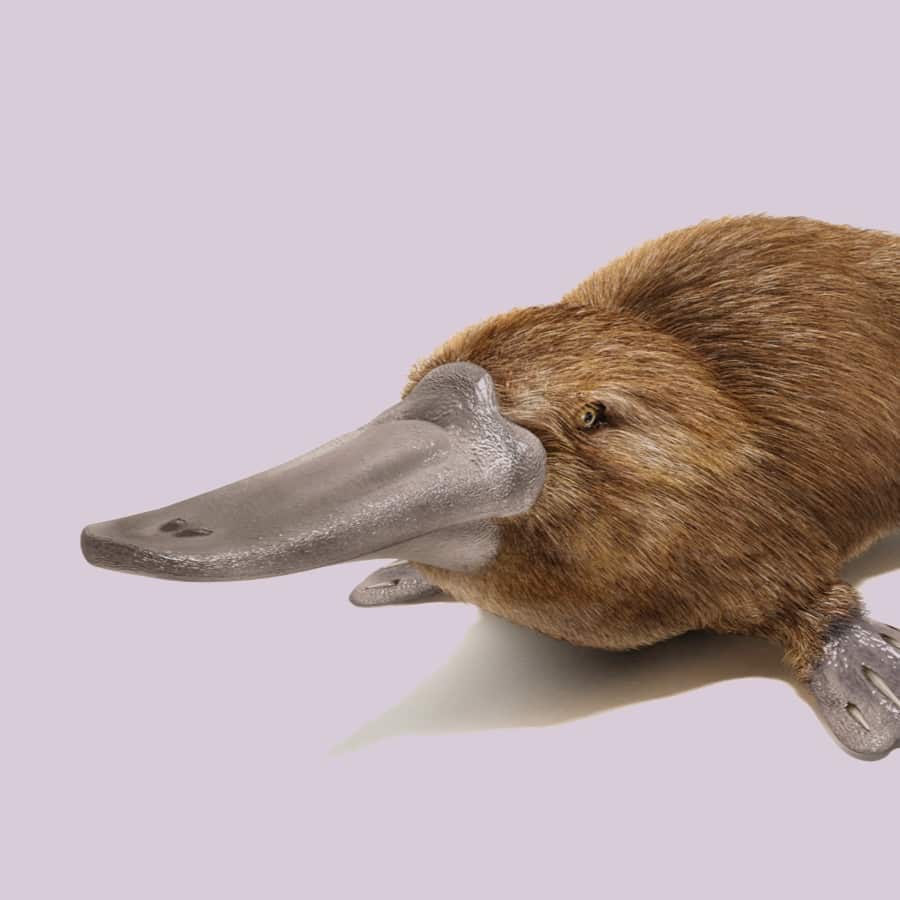 In terms of a trade-off, it’s not bad: in order to sense the tiniest flicker of their invertebrate food, platypuses lost their teeth.

A study examining the skull of a platypus ancestor, Obdurodon dicksoni, found a number of striking differences between it and its modern-day counterpart Ornithorynchus anatinus, including the presence of teeth and probably a less developed electroreception sense.

Platypuses are, to see the least, interesting creatures. They’re mammals, so feed their young milk, but they also lay eggs. (They and the echnida are the only two so-called monotremes around today.)

They don’t hunt by sight but by electroreception. As they snuffle around on the bottom of an Australian creek or river, they kick up dirt and debris, exposing their shrimp and insect prey.

The movement of their disturbed food is transmitted as faint electrical signals into the surrounding water. The platypus’ bill is exquisitely tuned to picking up these tiny blips and home in on dinner.

It stores its prey in its cheeks then rises to the surface, where it grinds the food between plates. They don’t have any teeth.

So were it ancestors as good at hunting? Masakazu Asahara from Mie University in Japan and colleagues from Japan, the US and Australia turned to the fossil record to find out.

Found in northwest Queensland in Australia, an Ob. dicksoni skull resides at the Queensland Museum in Brisbane. It’s been dated to around 23.5 million years old placing it in the Miocene era.

The researchers examined 3-D X-ray images of the specimen – available on the online Digital Morphology Library – and compared it to 32 skulls of present-day platypuses in mammal collections in the US National Museum of Natural History in Washington.

In particular, they wanted to compare the sensing system between the two. Modern platypus’ skull contains a large holes either side where the trigeminal nerve, which partially controls the animal’s ability to detect faint electrical waves stirred up by prey, runs between the brain and bill.

They found Ob. dicksoni had much smaller skull holes, suggesting its electroreception skills were somewhat lacking in comparison.

But this smaller hole meant Ob. dicksoni had room for teeth in its cheeks. Present-day platypus skulls are very thin in that area and not able to house tooth roots.

Losing teeth may have been the trade-off for its well-developed electroreception skills.

Asahara and crew also found the ancient bill was deflected upwards more than the current specimens, suggesting the extinct animals may have foraged for food above rather than from the murky bottom.

Originally published by Cosmos as Platypus ancestor had inferior electro-sense