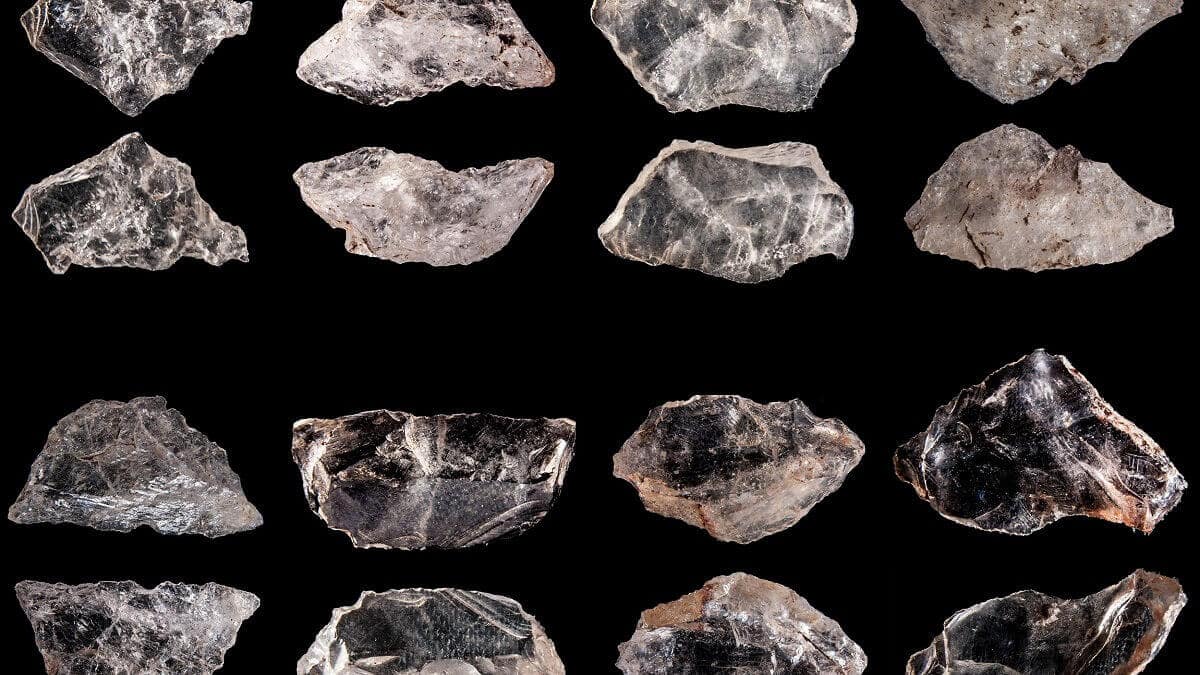 Early humans across southern Africa around 65,000 years ago made a particular type of stone tool – called a backed artefact – in the same shape, indicating that the populations must have been in contact with each other, finds a new study in Scientific Reports.

Archaeologists have found that the backed artefact, dubbed the “stone Swiss army knife” of prehistory, was made to look the same in enormous numbers across great distances and multiple biomes.

This indicates that the humans making them must have been sharing information and communicating with one another, and the findings suggest that these strong social networks are what would have allowed early human populations to prosper.

“People have walked out of Africa for hundreds of thousands of years, and we have evidence for early Homo sapiens in Greece and the Levant from around 200,000 years ago. But these earlier exits were overprinted by the big exit around 60-70,000 years ago, which involved the ancestors of all modern people who live outside of Africa today,” says lead author Dr Amy Way, an archaeologist at the Australian Museum and the University of Sydney.

“Why was this exodus so successful where the earlier excursions were not? The main theory is that social networks were stronger at this time. This analysis shows for the first time that these social connections were in place in southern Africa just before the big exodus,” explains Way.

The backed artefact – small, sharp blades likely used as insets in composite tools – has been associated with many different domestic activities, such as cutting and scraping, and with hunting activities as part of projectiles.

These types of tools have been made independently by many different groups of people across the world, including here in Australia.

The particular tools studied in this research are known as Howiesons Poort backed artefacts – named after the stone tool technology period that lasted between 60-65,000 years ago in southern Africa.

Though such tools had been made for thousands of years before, a phenomenal increase in their production occurred during this period. The researchers were interested in whether this dramatic shift could have been due to a social response to changing environmental conditions in early humans.

They investigated this by studying 459 backed artefacts from seven southern African Middle Stone Age sites and comparing them to an Australian outgroup of the same type of tool to determine whether the similarities between the sites were due to randomness or cultural connections.

The Australian outgroup consisted of 95 artefacts from a late-Holocene site in Lake George, New South Wales.

“I compared some of the Australian shapes from 5,000 years ago with the African shapes 65,000 years ago (as they can’t possibly be related), to show the southern African tools all cluster within a much larger range of possible shapes,” explains Way.

“While the making of the stone tool was not particularly difficult, the hafting of the stone to the handle through the use of glue and adhesives was hard, which highlights that they were sharing and communicating complex information with each other,” says co-author Dr Paloma de la Peña, a senior research associate at the McDonald Institute for Archaeological Research, Cambridge University, UK.

Changing environment may have triggered a social response in early humans

They also analysed evidence of changing climate conditions during the time by looking at both global and local (from Sibudu Cave, one of the archaeological sites) environmental data, to see whether there was a correlation between the incidence of backed artefacts and climatic conditions.

“What was also striking was that the abundance of tools made in the same shape coincided with great changes in the climatic conditions. We believe that this is a social response to the changing environment across southern Africa,” adds de la Peña.

In particular, there was a correlation between the numbers of backed artefacts and environmental shifts towards drier and colder conditions.

“Examining why early human populations were successful is critical to understanding our evolutionary path,” adds Professor Kristofer Helgen, chief scientist and director at the Australian Museum.

“This research provides new insights into our understanding of those social networks and how they contributed to the expansion of modern humans across Eurasia.”