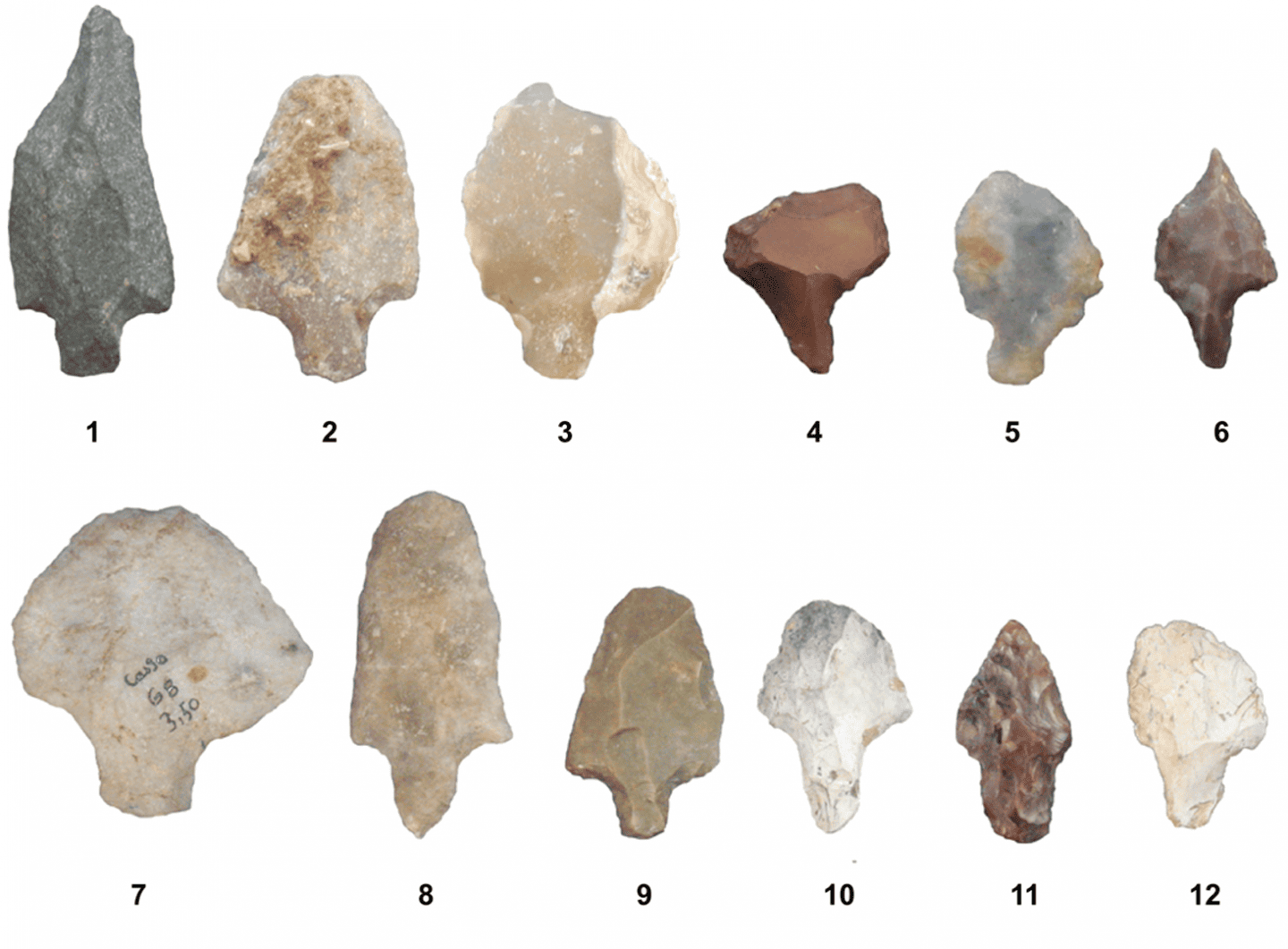 Stone flakes – the single most common type of tool made by prehistoric humans and other hominins – show longer, sharper and more complex cutting edges as time goes by.

“Over time, hominins produced tools with more sharp edge, but there was also more variability in sharp edge production,” the researchers write.

Any increase in the amount of sharp edge on a stone flake results in a more efficient cutting tool and thus a decrease in the physical cost of acquiring and transporting the raw material. Therefore, note Režek and colleagues, tracking the long-term changes to the design – and, by proxy, manufacture – of these flakes offers insights into the evolutionary efficiency of tool-making.

The scientists examined more than 19,000 flakes drawn from 81 collections unearthed at 34 archaeological sites in Africa, southwest Asia and western Europe, ranging across 2.5 million years. The flakes were made by Homo habilis, Homo erectus and Neanderthals as well as Homo sapiens.

Režek and his colleagues opted to look at stone flakes rather than other types of stone tools or weapons because, they say, they represent a type of common currency across time and space. Other stone tools tend to vary according to the specific demands and needs of the population creating them – making direct comparisons difficult. Many, too, were often reshaped and reworked by their owners.

Flakes, in contrast, represent the fundamental product of stone technology: a sharp working edge. They therefore represent unmodified examples of the application of basic method.

Not all the flakes found at archaeological sites, the authors note, were necessarily intended as tools. Many may be simply the by-products of other projects – making stone nodules, for instance. Nevertheless, they are still representative of the flaking techniques in use at the time.

The researchers found that in general the number and length of sharp edges was least in the Early Pleistocene tools, but then started to increase during the Middle Pleistocene. Starting about one million years ago, they write, “H. erectus, H. heidelbergensis and Neanderthals started to manipulate platform depth and exterior platform angle in a way that allowed them to produce more sharp edge relative to the size of a tool.”

This process increased again sharply as Homo sapiens got into the act and developed more techniques, such indirect percussion, that resulted in sharper, longer and more robust edges.

Not all modern humans, however, appear to have been technically adept. Some H. sapiens tools, the authors report, had some of the dullest cutting edges of the lot.

“This suggests that the application of improved flaking skills, once they were acquired, was not universal,” they note.

Originally published by Cosmos as Stone tools improved over millennia