Optically stimulated luminescence can find out how long ago samples were last exposed to the sun. The laser, shown here in green, analyses electrons that accumulate in a crystal over millennia. Credit: ROBBIE SHONE / Getty Images

Scratching around in a cave in the middle of nowhere, you find a bone. How do you find out if it’s the remains of an ancient animal that stomped the land tens of thousands of years ago or a discarded scrap from a cooking fire only a few hundred years back?

An archaeologist’s staple is radiocarbon dating: judging the age of an organic sample from its carbon-14 – also known as radiocarbon – content.

Around 99% of carbon on earth is carbon-12 – atoms with six protons and six neutrons in its nucleus. Radiocarbon is an isotope with two extra neutrons, created by cosmic rays interacting with nitrogen in Earth’s atmosphere.

When a plant or animal is alive, it constantly replenishes trace amounts of radiocarbon in its tissues. But once it dies, no more fresh radiocarbon is absorbed, and what’s left starts to decay.

Once samples are older than around 40,000 years, though, amounts of radiocarbon remaining are very small and difficult to measure. Then, only exceptionally well-preserved, pristine samples can provide reliable dates.

At Warratyi rock shelter in the Flinders Ranges, South Australia, which shows signs of the oldest human occupation of the country’s arid interior, the oldest sample – a fragment of emu eggshell – has been radiocarbon dated to 49,000 years with reasonable confidence.

“Unlike bone or charcoal, carbon preserved in eggshell is very stably locked in and unlikely to have been contaminated,” says Nigel Spooner, a physicist at the University of Adelaide in Australia who specialises in dating techniques.

For archaeologists such as Spooner trying to date the first occupation of Australia, older age limitations of radiocarbon dating are frustrating, as it is exactly this period in which they are most interested.

So along with radiocarbon dating, they use a technique known as optically stimulated luminescence (OSL) dating. It finds the age of the sediment surrounding artefacts – sediment which may have once been outside sand trampled into caves tens of thousands of years ago – by measuring when it was last exposed to the sun.

While a crystalline grain such as quartz – found in desert sand – is buried and tucked away from sunlight, natural radiation from surrounding soil and rocks knocks electrons in the crystal out of position.

A few of these electrons become snagged in defects in the crystalline structure and build up over time – and it’s this trapped charge that OSL measures.

To date a buried grain, scientists heat the crystal or stimulate it with light, releasing energy from the accumulated trapped charges. This luminescence of the burst provides a measure of how long ago the sample was buried.

“Eventually a crystal becomes saturated with trapped charge – all the defects are filled – but this technique is usually capable of going back more than 100,000 years,” Spooner says.

Until recently, most scientists used the “multi-grain” OSL technique – analysing thousands of grains at once to obtain an average date for that bundle.

But over the past two decades, a laser-based apparatus has enabled analysis of single grains. This is now considered the more reliable technique.

The reason behind this is it’s nearly impossible to separate crystalline grains that were once exposed to sunlight, which continually “resets” any trapped charge, from those that had already been locked away in rocks and accumulating electrons for millennia.

“Multi-grain analysis of rock shelter sediments has a tendency to give older than expected dates because it can incorporate grains from the bedrock which haven’t been fully bleached by the sun,” says Spooner.

Warratyi samples were first analysed with multi-grain OSL, giving dates of well over 50,000 years, but later analysis with single-grain OSL brought the oldest dates in to around 44,000 years (plus or minus 3,000 years).

This fits with the 49,000-year-old radiocarbon date, given that it takes a few hundred years before amassed sand is firmly trampled into the floor and no longer exposed to sunlight.

Previous multi-grain OSL dating at a number of ancient sites have suggested humans arrived in Australia well over 50,000 years ago, but Spooner is sceptical of many of these dates. “I think there is a strong compelling argument to re-date these key sites using single-grain OSL,” he says.

And sometimes the dating techniques are fine, but the stability of the sedimentary layers throws things into question.

But debate still rages about whether the stone tools recovered from this ancient sediment really are as old as the sand grains that surround them, or whether they slid down into older sediment over time.

Originally published by Cosmos as How archaeologists date artefacts 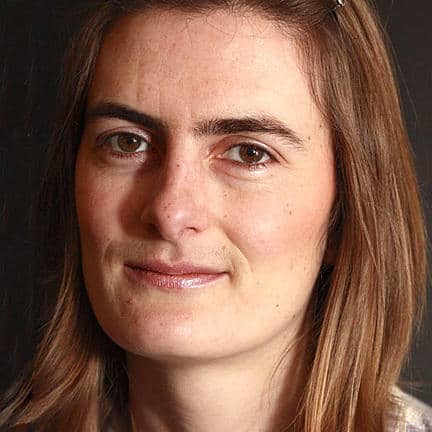