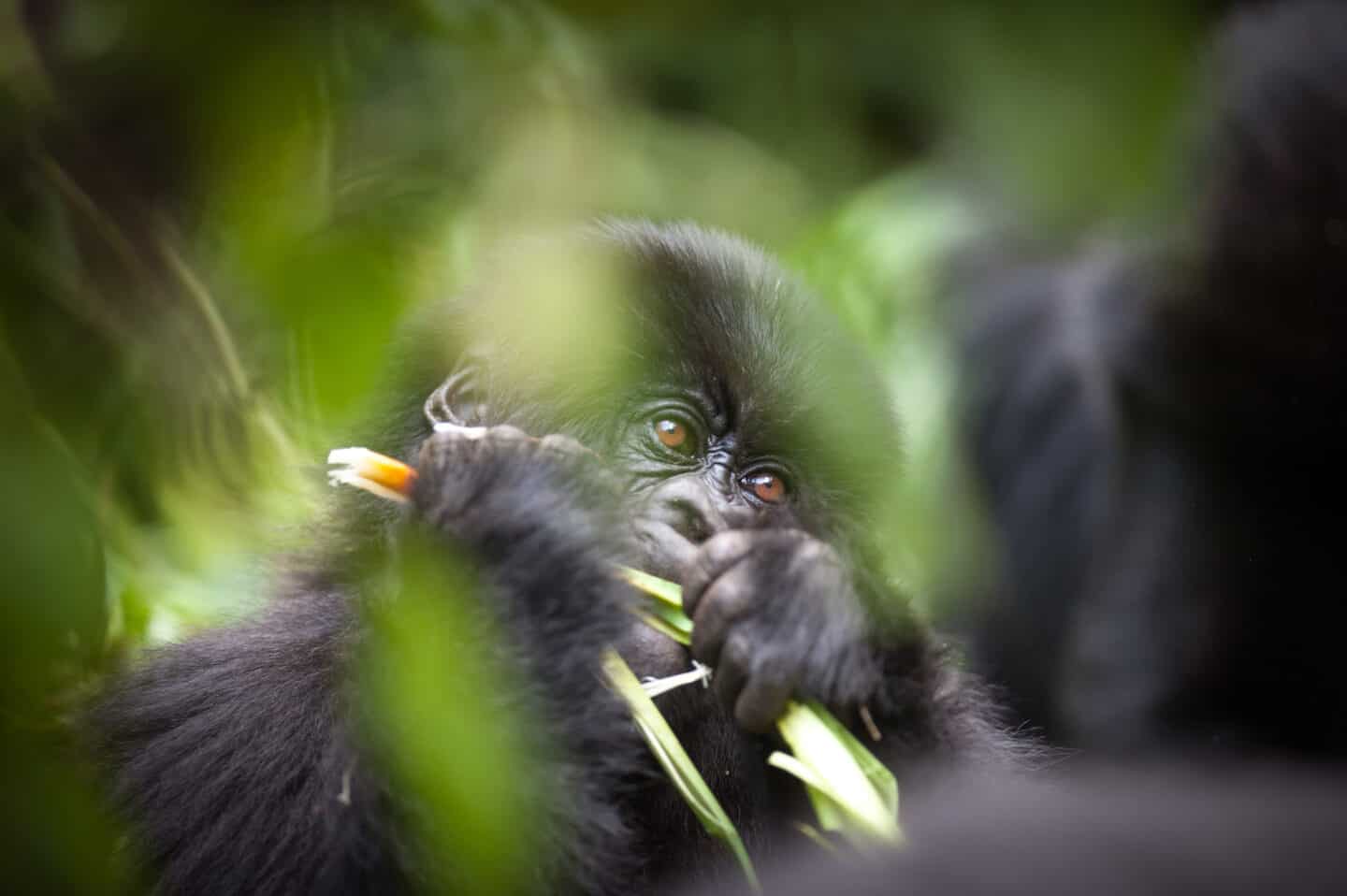 Please wear a mask when taking selfies with gorillas

Gorillas can catch SARS-CoV-2 from humans: in January, it spread to gorillas at the San Diego Zoo, US. Now, research published in the journal People and Nature suggests that wild gorillas could also be at risk of contracting the virus from tourists.

The researchers analysed nearly 1,000 Instagram posts during 2013–19, each featuring selfies with gorillas, from people trekking through eastern Africa. Most of the photographs (86%) showed people getting within 4 metres of the gorilla: close enough to easily transfer the virus. People were touching gorillas in 25 photos.

Since 2010, there has been an international standard recommending people stay at least 7m away from gorillas when visiting them in the wild. Only 3% of photos complied with this rule. It’s also been recommended over the past decade that tourists wear face masks when visiting wild gorillas – researchers noted that this rule was frequently ignored as well.

“In the photos we analysed, we found that face masks were rarely worn by tourists visiting gorillas and that brings potential for disease transmission between people and the gorillas they visit,” said Magdalena Svensson, an author on the paper.

Trekking and ecotourism provide a valuable stream of income for gorilla conservationists, but there are health risks associated with letting too many people into wildlife areas. The paper suggests it’s important to reinforce regulations around interacting with wildlife in conservation parks.

Don’t hesitate if you want to sound honest

Bad news for the considered: the faster you answer a question, the more likely you are to be believed, according to a paper published in the Journal of Personality and Social Psychology.

The research involved a series of experiments with more than 7,500 total subjects from the US, UK and France. Participants listened to an audio snippet, viewed a video or read an account of a person responding to a simple question, and then rated the sincerity of the response on a scale. Questions ranged from trivial (such as whether the responder liked a cake) to serious (whether they’d stolen money). Response times varied from immediate to a 10-second delay.

Across all experiments, participants rated slower responses as less sincere. The seriousness of the question didn’t have an effect on this: responders who took 10 seconds to say that they liked a cake were judged as dishonest as those who said they hadn’t stolen money.

Answers that were less socially desirable – like admitting to stealing – were less affected by response time. So were answers that required a little more thinking, like trying to remember an activity that had happened years ago.

Lead author Ignazio Ziano says this research could have big implications. “Whenever people are interacting, they are judging each other’s sincerity. These results can be applied to a wide range of interactions, going from workplace chit-chat to couples and friends bickering,” he said.

“Further, in job interviews and in court hearings and trials, people are often tasked with judgments of sincerity. Here, too, response speed could play a part.”

New old skink gets its name

A fossilised lizard found in northern South Australia has been identified and described as a new species. At 25 million years old, it clocks in as the world’s oldest known skink.

It was found in 2017 at Lake Pinpa, 200km northwest of Broken Hill and a seven-hour drive from Adelaide. The dig was completed by palaeontologists and volunteers from Flinders University and the South Australian Museum.

“It was 45°C in the shade that day and hard work digging through the clay, but it was definitely worth it once the tiniest of bone fragments turned out to be those of the oldest Australian skink,” says Kailah Thorn, lead author on the study.

The lizard has been named Proegernia mikebulli, after the late Flinders professor Mike Bull. When Bull died suddenly in 2016, he left a significant body of research on the social networking of skinks.

“The fossil record is essentially data from a long-term natural ecological study, so it’s fitting that this fossil lizard is named in honour of Mike.”

The description of the lizard is published in the journal Open Science.

Wasps will babysit for their neighbours

Paper wasps will care for the babies in their neighbours’ nests, according to a paper published in Nature Ecology and Evolution.

The study, which observed 20,000 baby wasps and their carers around the Panama Canal, found that worker wasps would move next door to care for nearby babies when they weren’t needed at home.

Worker wasps were less useful in large colonies, because there was already enough help present. That was when they were most likely to babysit, according to the paper.

The researchers say this paper has interesting implications for the study of altruism, which has puzzled ecologists since Darwin’s time.

“We ended up being stung a lot, but it was worth it,” says Patrick Kennedy, lead author on the study. “Our results show that worker wasps can become redundant at home. A wasp on a colony with few larvae but lots of other workers becomes almost useless: the best thing to do is to babysit the larvae of other relatives.”

“Wasps offer amazing windows into the evolution of selflessness,” adds Seirian Sumner, a co-author. “There is so much going on in a wasp nest: power struggles, self-sacrifice, groups battling against the odds to survive… If we want to understand how societies evolve, we should look more deeply at wasps.”

An mRNA vaccine could be used in cancer treatment

The Pfizer COVID-19 vaccine, which uses mRNA technology, will begin rollout in Australia this week. But mRNA vaccines aren’t just useful against coronaviruses: research published in Nano Letters has shown how a similar vaccine might be used to prevent some cancers.

The mRNA vaccine idea works by introducing a small section of RNA to the body, which codes for part of a virus that the immune system can recognise and prepare against. In theory, this could also work against cancer, with RNA coded to make parts of cancer tumours.

RNA is very unstable, however, so it dissolves quickly once in the body. The researchers countered this by developing a hydrogel that can hold the mRNA and slowly release it into the body after injection. They also added an adjuvant to the hydrogel: a molecule that helps to activate the immune system.

When tested on mice with melanoma, the vaccine was shown to shrink the tumours. The vaccine also prevented metastasis to the lungs.