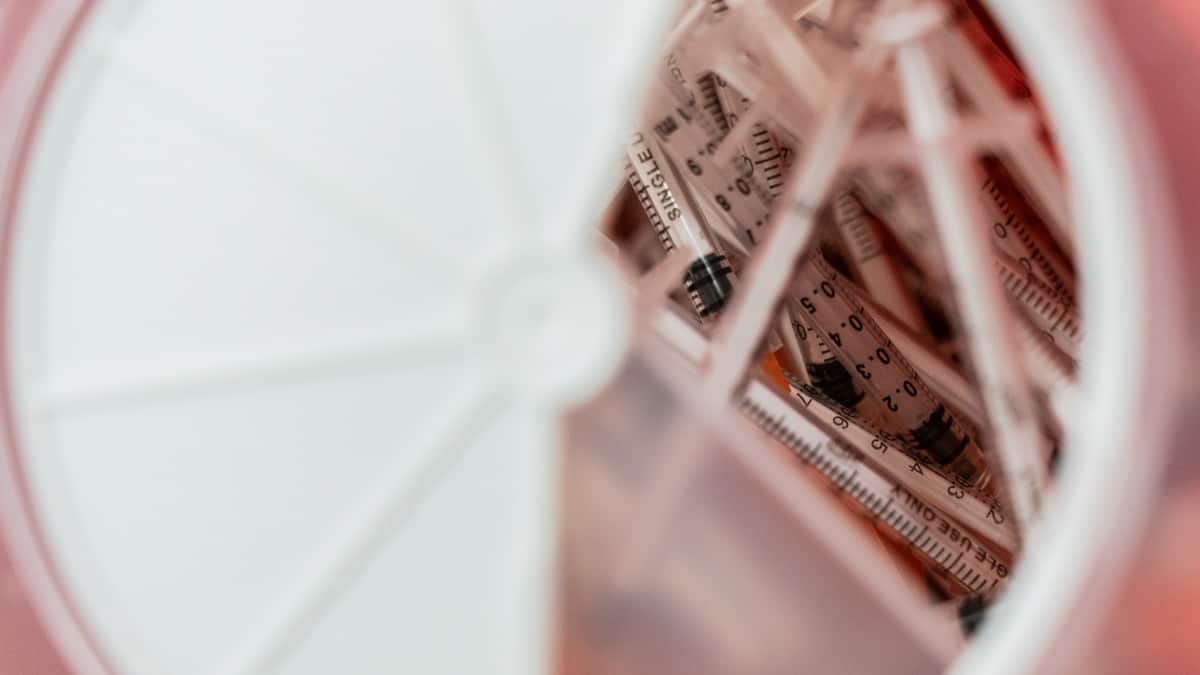 The at times controversial Sydney supervised injecting centre celebrates its 21st anniversary, without a single death from overdose on the premises.

In 2001, the Uniting Sydney Medically Supervised Injecting Centre (MSIC) opened, after a Royal Commission and parliamentary enquiry, to provide a safe and hygienic place where users could self-inject drugs – and, if they wished, become part of the health and welfare referral system.

Since its opening, MSIC has supervised 1,232,951 drug injections, and made 20,420 referrals to health and social services.

“They are the tip-of-the-iceberg referrals, because they’re the more formalised referrals that have been recorded,” says Associate Professor Carolyn Day, a researcher at the University of Sydney’s Faculty of Medicine and Health, and lead author on a paper about the centre’s 21-year run, published in the Medical Journal of Australia. Day has worked with the centre for several years.

“There’s a lot of other informal referral activity that goes on.”

The paper highlights what staff and public health researchers have learned during the centre’s operation – including who should be admitted, where legal responsibility falls, and how to monitor and avoid drug sharing or selling at the facility.

“There are still all these questions in the literature, that we know have been answered throughout this service and through the services elsewhere in the world,” says Day.

Both before and since it opened in 2001, MSIC has faced criticism that it may encourage more frequent drug use, or attract more users to the area.

But multiple peer-reviewed evaluations have shown that MSIC caused no increased drug use among registered participants, and nor was there any change in local crime, drug-related or not – beyond a small increase in ‘loitering’ near the centre.

Read more: Researchers: we need to be prepared after fentanyl seizure

These findings have been backed up by research on a similar centre in Vancouver, Canada.

“I think all of those questions have been put to bed,” says Day.

The centre limits entry to over-18s and people with a history of drug injection. People who visited the centre were more likely to seek treatment than drug users who did not.

MSIC has managed 10,890 overdoses since its opening, with no on-site fatalities.

Because there are trained staff on hand, according to the paper, most opioid overdoses are resolved with oxygen and airway management. About 20%  needed naloxone, a drug that can mediate opioid overdose.

Read more: Pill testing not a drug use driver

As well as harm reduction, the service also provides access to drug treatment, hepatitis C care, and smoking cessation – adding to the 20,420 referrals.

“Each one of those numbers represents an intervention that simply would not have occurred otherwise,” says Day.

“These are people that weren’t seeking health care – they’re going to inject drugs. Yet that number of people then had an interaction with a health care service.”

The MSIC is one of two supervised injection facilities in Australia – the other opened in Melbourne in 2018. Globally, there are roughly 120 more.

The researchers believe that the success of MSIC is evidence that there should be more such facilities, stating  “good policy, with clear legislation and careful management of clients within a harm reduction framework, can and does alleviate problems that may be perceived as inherent to the operation of such services.”

Originally published by Cosmos as After 21 years, Sydney’s supervised injecting centre model is hard to improve