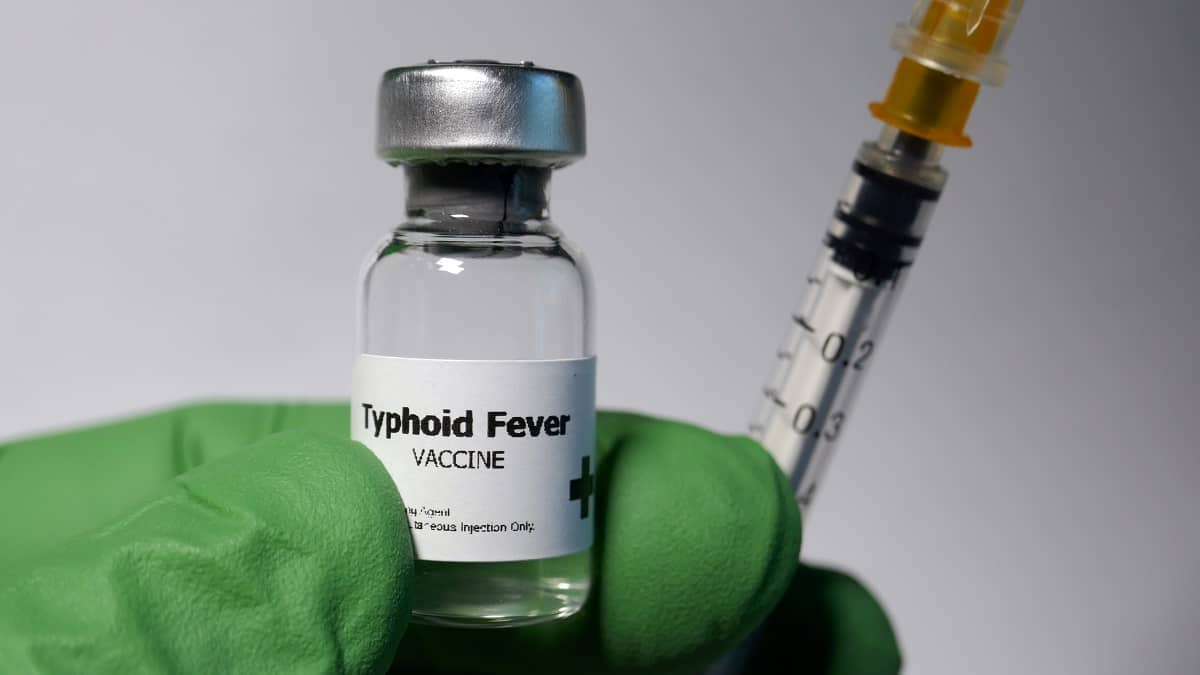 Despite global advances in sanitation and hygiene, typhoid fever is still a major source of morbidity and mortality, with estimates of annual global cases ranging from 10-20 million – and associated deaths from 100,000-200,000, mostly occurring in low and middle-income countries.

Typhoid fever was the subject of the SCINEMA 2021 International Science Film Festival submission, The Adventures of Alice in Typhoidland, which told the story of the initial identification of typhoid in Oxford, UK in 1864 – as well as the modern-day crisis of antimicrobial resistant infections.

Declared by the World Health Organisation (WHO) as one of the top 10 global public health threats facing humanity, antimicrobial resistance occurs when bacteria, viruses, fungi and parasites evolve so that they don’t respond to medicines – making infections harder to treat.

Now, a new mathematical modelling study has found that introducing routine immunisation with the first typhoid conjugate vaccine (TCV) would prevent 46-74% of all typhoid cases – and reduce the relative prevalence of antimicrobial resistant typhoid fever by 16%.

Caused by the bacteria Salmonella enterica serovar Typhimurium (S. Typhi), typhoid fever is ideally treated with antibiotics. However, as antimicrobial resistance has become more prevalent, there is growing concern, as drug-resistant variants of S. Typhi have recently emerged in India and Bangladesh, with a large outbreak ongoing in Pakistan.

The research, published in The Lancet, looked at the 73 countries eligible for support from Gavi, the Vaccine Alliance – a global health partnership with the goal of increasing access to immunisation in poor countries – to determine the effect of vaccination on antimicrobial resistance and help guide the prioritisation of the introduction of TCV.

This new typhoid conjugate vaccine is the first vaccine to be approved for use in children as young as six months old; in November 2019, Pakistan became the first country to introduce it into its routine immunisation program.

Current resistances include those to fluoroquinolones – a group of broad-spectrum bactericides – and multidrug resistance to the three first-line antibiotics: ampicillin, chloramphenicol, and co-trimoxazole.

However, as the extent of this effect had yet to be determined, the researchers used mathematical modelling by combining three pieces of information for each country: the effect of TCV on the total burden of typhoid fever; the proportion of these cases with fluoroquinone and multidrug resistance; and the effect of vaccination on the proportion of cases that are resistant.

They found that the introduction of routine immunisation with TCV at age nine months with a catch-up campaign up to 15 years old (completing a person’s recommended vaccination schedule in the shortest, most effective timeframe) was predicted to avert 46-74% of all cases while reducing the prevalence of anti-microbial resistant infections by 16%.

“This study, which is part of a larger research effort to study the effect of vaccines on averting antibiotic consumption, clearly demonstrates the tremendous value of vaccines in addressing antimicrobial resistance,” says Dr Ramanan Laxminarayan, director of the Centre for Disease Dynamics, Economics and Policy (CDDEP) in the US and one of the study’s authors.

“Going forward, vaccines could be a major component of any global strategy to tackle drug-resistant infections.”

Originally published by Cosmos as Routine immunisation with the first typhoid conjugate vaccine could prevent 46-74% of typhoid fever cases.