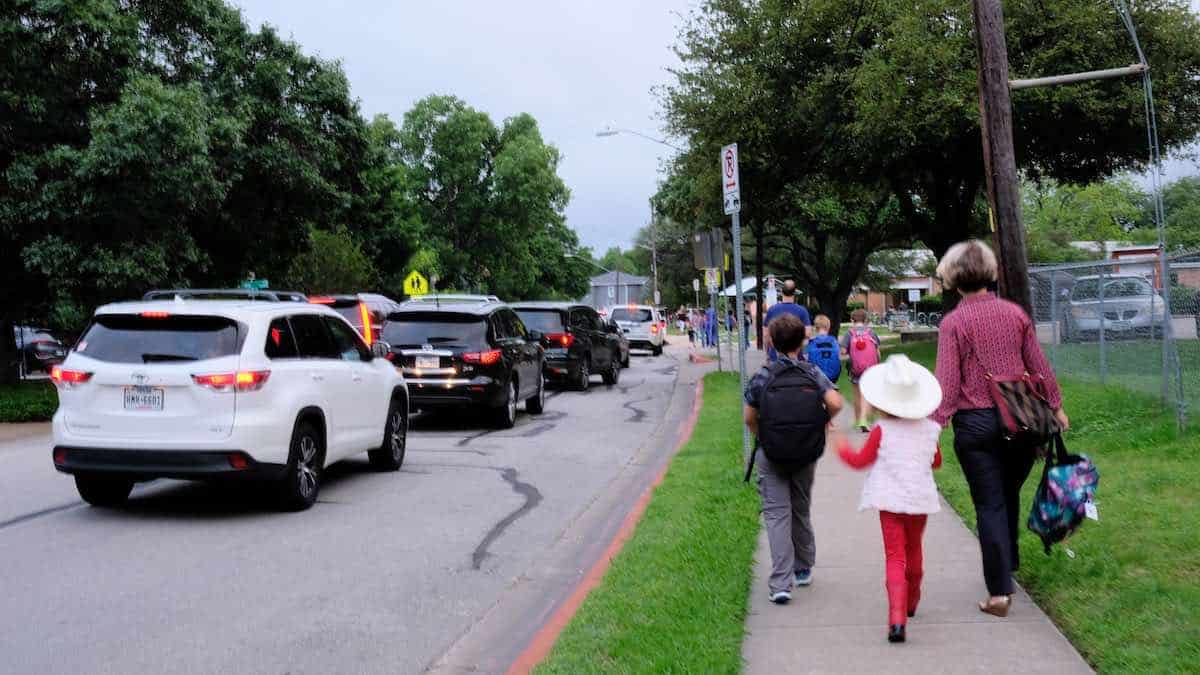 Researchers from the University of Surrey in the United Kingdom trialled practical measures like green screens (vegetation around the school boundary), air purifiers in classrooms and limiting vehicle movements at the start and end of the school day.

The researchers conducted an experiment in and around three London primary schools, monitoring the impact on air quality from each different intervention.

The results, published in Atmospheric Environment, show each of these measures significantly reduced air pollution.

Prashant Kumar, founding director of the University of Surrey’s Global Centre for Clean Air Research, says children deserve “to live and work where the air is as clean and safe as possible. Unfortunately, the reality is far from ideal, with many of our schools unwittingly exposing children to harmful pollutants. The problem is particularly bad at schools near busy roads.”

While the study and associated toolkit will inform the development of guidelines for UK schools, the findings could be relevant here in Australia.

Even though Australia is generally considered to have good air quality, this can be affected by specific events like bush fires, or local conditions such as traffic or industrial activities.

Estimates suggest between 2,600 – 4,884 premature deaths annually in Australia can be linked to air pollution, according to a systematic review of the research.

Clare Walter researches the health impacts of air pollution and is the director of AirFlow Workspace Solutions, a company that assesses ventilation in childcare centres and the workplace.

She says, in children, the main health impacts from air pollution are respiratory – asthma, infections and reduced lung function. Tiny particles found in traffic pollution also reach the bloodstream and impact the entire body leading to diabetes and emerging research showing impacts on cognitive function, including IQ in children.

Walter says in some schools and childcare centres air quality is very poor, citing the example of a childcare centre in the City of Maribyrnong in Victoria where particle pollution levels far exceed World Health Organisation and Australian standards.

Unfortunately, she says, in some states planning schemes and policies actually encourage the siting of childcare centres on or near major roads. And when major road proposals are expected to increase traffic on roads near schools or childcare centres, these projects are rarely required to consider the health effects of pollution on children or provide mitigation measures.

Walter says the HEPA filters rolled out into schools to tackle COVID-19 could have broader and ongoing benefits for reducing particle pollution from traffic, as well as bushfires and pollens. But she flagged concerns about the use of a particular type of ionising air filter which could have unintended consequences for health, due to the way the technology creates charged particles.

In contrast to Australia, Walter raises the example of Southern California which rolled out mitigation strategies to address air pollution and children’s health more than 20 years ago. Measures such as anti-idling laws, upgrading the engines of yellow school buses, orienting playgrounds and classroom windows away from roads, as well as broader vehicle efficiency standards have been associated with measurable improvements in children’s health, particularly improved lung function.

For example, a study by the University of New South Wales found Australian classrooms have significantly higher concentrations of carbon dioxide than the threshold set by the National Construction Code in part due to poor ventilation.

Meanwhile University of Melbourne research found Australian childcare centres are often located too close to car parks and busy roads, posing a risk to the respiratory health of children.

And echoing the University of Surrey experiment, researchers from the Australian Catholic University found that more greenery and less traffic could help boost students’ academic performance. The study published in Environmental Research late last year compared the academic performance of around 851 Melbourne primary schools using NAPLAN results, mapping the findings against levels of greenery and traffic exposure for each school. Schools located in areas with more greenery performed better on average in reading, numeracy, grammar and punctuation, whereas schools with higher levels of traffic pollution performed relatively poorer.