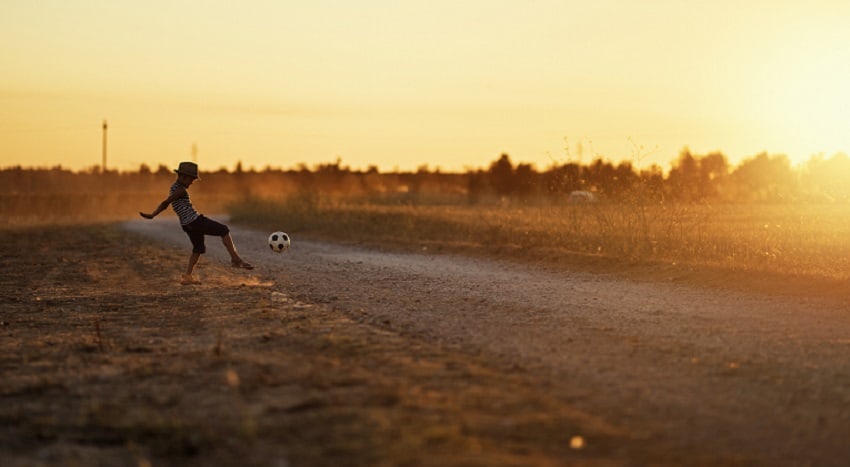 The right mix of soil may change the gut microbiome, research has found. Credit: Imgorthand/Getty Images

Microbes could be a link between healthy ecosystems and healthy people, according to a paper published in the journal Science of The Total Environment.

The research found that naturally biodiverse, airborne soil shaped the gut bacteria of young mice and made them less anxious.

“To our knowledge, this is the first study to show that ambient airborne exposure to natural biodiversity – soil dust – can change the gut microbiome,” says lead author Craig Liddicoat, from the University of Adelaide, Australia.

“Given the central role of the gut in supporting health, this has implications for considering real mechanisms whereby natural biodiversity in our surroundings might directly influence our health.”

Liddicoat drew from his background in soil science to explore the possible links between nature and human health.

He was interested in literature on the hygiene hypothesis that suggests “we are missing contact with natural microbial diversity and perhaps some key microbial species with which we have evolved”.

He thought this could help at least partly explain mechanisms for the growing body of evidence linking green spaces with human health and rising diseases in urbanised areas.

To start, Liddicoat and colleagues from the Healthy Urban Microbiome Project conducted spatial observational studies at a population level to explore links between environmental data and health outcomes.

Their first study found associations between biodiversity and respiratory health. Then they showed that exposure to biodiverse soil, compared to poor-quality soil, predicted lower disease risk and found it modulated health inequalities in poorer regions.

“These were supporting the idea that biodiversity and, in particular, soil microbial diversity associated with aboveground vegetation diversity were somehow connected to a range of beneficial health outcomes,” Liddicoat says.

The researchers decided a mouse model was the next logical step to explore possible mechanistic links between nature and wellbeing – which they suspected would involve gut bacteria.

This model allowed them to control other influences on the host microbiome such as diet, genetics, birth mode, early feeding, sleep and stress. They also addressed limitations of other mouse studies that used unrealistic microbial exposures.

Fifty-four mice aged three to five weeks – a critical period for the developing microbiome and immune system – were used for the study.

Two groups of 18 (half male, half female) were exposed to trace-level dust from highly biodiverse soil or poor-quality soil for seven weeks while a third group acted as a control with no exposure.

The biodiverse soil came from a site with remnant native vegetation and high macro-biodiversity, while the poor soil came from a nearby location with similar soil type and landform but with grass that was regularly mowed and low diversity.

Even though the dust exposures were very low – several thousand times less than other studies – they found the different conditions influenced the mouse microbiota composition.

The second key finding was that a soil-derived butyrate-producing bacteria, Kineothrix alysoides, increased in the gut of the mice exposed to highly biodiverse soil and was associated with reduced anxiety-like behaviour.

People and soil both (under ideal conditions) consume a diverse, plant-based diet. Butyrate is a breakdown product of plant material and is a key short-chain fatty acid linked to gut health and mental health in humans.

Although the study was with mice, Liddicoat says it supports other evidence that environmental factors shape human microbiomes – even more than genetics – suggesting it’s plausible that biodiverse air-borne bacteria should have a similar impact.

“The new mechanism we propose may help explain many of the beneficial green space-human health associations that, until now, have lacked mechanistic understanding.”

This supports potential public health gains of exposure to nature, he adds, and therefore “strengthens the argument for conserving and restoring biodiverse green space in our cities”.