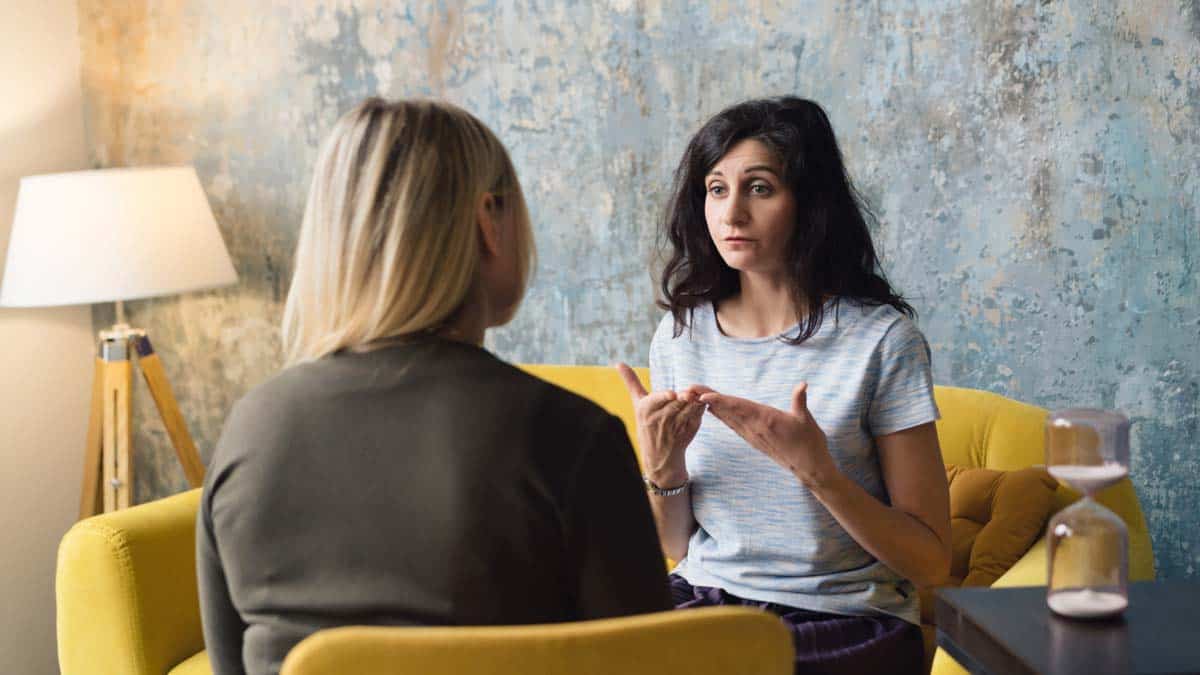 For all its sophistication in finding and treating physiological ailments, modern medicine is still on the lower reaches of the learning curve when it comes to diagnosing mental health disorders.

For depression, anxiety, or one of the many other mental health illnesses in the DSM – the Diagnostic and Statistical Manual of Mental Disorders – there’s no blood test to say if you’re sick. Going to the doctor means assessment by a psychiatrist based on diagnostic criteria.

Although this might be the best we’ve got right now, even psychiatrists don’t think it’s a flawless system.

“In psychiatry, there’s no gold standard,” says James Cook University child psychiatrist Professor Brett McDermott. “Validity is always going to be a question mark. A lot of people say, ‘well, these criteria are as good as they get until we find an effective, objective test’.”

The WHO’s International Classification of Diseases (ICD) – which is more widely used in Australia than the US-made DSM – has over 70,000 codes and includes all diseases, not just psychiatric ones. First published by the American Psychiatric Association in 1952 and now in its fifth edition (“DSM-5”), the DSM is specifically for categorising mental diseases.

Both books are living documents that serve as the authority on psychiatric diagnoses. Each update makes small tweaks to the wording, classifications of diseases and ways to diagnose someone. These changes aren’t always popular though – for example the removal of the “bereavement exclusion” for depression disorders in the DSM-5, published in 2013, created considerable controversy.

Let’s say you think you might have attention deficit hyperactivity disorder (ADHD). The doctor diagnosing you will need to check if you have at least six specific symptoms – such as making careless mistakes, difficulty paying attention, easily getting side-tracked, and often losing things – over a six-month period.

This six-month period, or long-term monitoring of symptoms, is important, because having some of these symptoms occasionally can sometimes just be a part of life.

“Most Saturday mornings I look pretty ADHD, especially if it’s been a bad night before. But Wednesday at lunchtime I don’t look very ADHD at all.”

Unfortunately, psychiatrists might only have once chance to diagnose a patient.

“Most Saturday mornings I look pretty ADHD, especially if it’s been a bad night before,” says McDermott. “But Wednesday at lunchtime I don’t look very ADHD at all.”

This is a problem called “test-retest reliability”. It’s important to note that this isn’t an issue specific to mental health disorders – for example your blood pressure can be very different depending on your environment – but it’s especially important in psychiatry.

“If you see someone in [hospital emergency], they’re going to be much more agitated just because it’s a highly stimulating environment,” explains McDermott. “Machines go ping and there’s people in pain and nurses running around.

“They will be much more distressed and agitated and your diagnosis might look different than if you saw that person in a coffee shop, two days before.”

This is just one of a number of mental health diagnosis issues. There can be differences between psychiatrists with the same patient – called inter-rater reliability. There’s also no section in the criteria to be able to note strength or resilience in patients, which would be helpful to be able to measure against a diagnosis.

For some, there are also worries about the over-medicalisation of disorders, and of gaining the interest of the pharmaceutical industry, although McDermott strongly disagrees on the last count.

“I think the pharmacological industry – for all its serious, serious issues – is not actually the one driving the DSM at all,” he says. “I think what’s driving the DSM is clinicians and consumers wanting clarity about what works for what.”

And after all these issues are considered, the DSM and ICD are still incredibly helpful tools to get people the treatment they desperately need. Without them it would be more difficult for clinicians to talk to each other, prescribe treatments, or be able to give language to a patient about what they’re experiencing.

“It does actually give more validity and reliability than without these measures,” says McDermott. “At the moment – although it’s clunky and it’s got issues – it’s better than nothing. But it’s not quick, it’s not very efficient and it has question marks about reliability.”

“I think the Nobel Prize in mental health is going to go to someone who comes up with objective markers of diagnosis for the major conditions. That would be a major advance.”

The solution then, is to create a “gold standard” – an objective, biological test that works a high percentage of the time.

“I think the Nobel Prize in mental health is going to go to someone who comes up with objective markers of diagnosis for the major conditions,” says McDermott. “That would be a major advance.”

The fact that we don’t have a test for these mental-health disorders is not for want of trying on the part of researchers. There’s been decades of research looking at a variety of disorders. Each effort has been attempting to narrow down the genetic sequence, epigenetic change or potential biomarker that would conclusively say who has which mental health issue.

Associate Professor Mayuresh Korgaonkar is one of the researchers looking for a breakthrough in the field, but for Korgaonkar and his colleagues at the University of Sydney and Westmead Institute for Medical Research, the answer lies not in the blood, but in the brain.

“The critical organ underlying mental disorders – the brain – is not even looked at when managing mental disorders,” says Korgaonkar. “There’s no objective measures. So, we use techniques such as functional MRI, which tap into the functioning of the brain.”

If you were recruited for one of Korgaonkar’s studies, you might be asked to complete a computer game or an emotional processing task, so the researchers can chart what he calls the “Google Map of the brain”.

The results from these studies haven’t yet created anything near a gold standard. However, the research has shown that there are subtle differences in the brain even between different mental-health conditions.

For example, in a small study published last year, Korgaonkar’s team showed that during an emotional regulation task while inside a functional MRI, people with bipolar disorder had slight brain pattern differences in the amygdala and the anterior cingulate cortex.

“I think rather than treating the disorder, we need to treat the patient. That’s where these tools can be really useful.”

This is important because the depressive stage of bipolar is regularly misdiagnosed as depression, and treating bipolar with drugs for depression can make bipolar worse.

This is very early days, but these kinds of tools would be huge for clinicians and their patients.

“The main point is that [tools like this are] promising, but there’s a long way to go,” says Korgaonkar. “There’s a lot of good treatments, but unfortunately, not every treatment works for everyone. And I think rather than treating the disorder, we need to treat the patient. That’s where these tools can be really useful.”

McDermott agrees. When asked why it’s taking so long to establish these markers, he explains that systems like the DSM have been built on decades of knowledge, but that the symptoms of these diseases don’t lend themselves to discreet tests.

For a simple example of this, think of a headache. We all know what a headache feels like, but it’s just a summary of the symptoms. Calling something a headache is helpful, but it doesn’t tell you anything about the cause of the pain in your head.

So for now, without a Nobel Prize winning discovery, we’re stuck with the diagnostic criteria of the DSM and ICD for mental-health disorders. But as more research is done, psychiatry is slowly inching towards diagnosis through the battery of tests with which we’re all familiar in physiological medicine.

Originally published by Cosmos as Disordered diagnosis: the problem with establishing – or excluding – a mental health condition