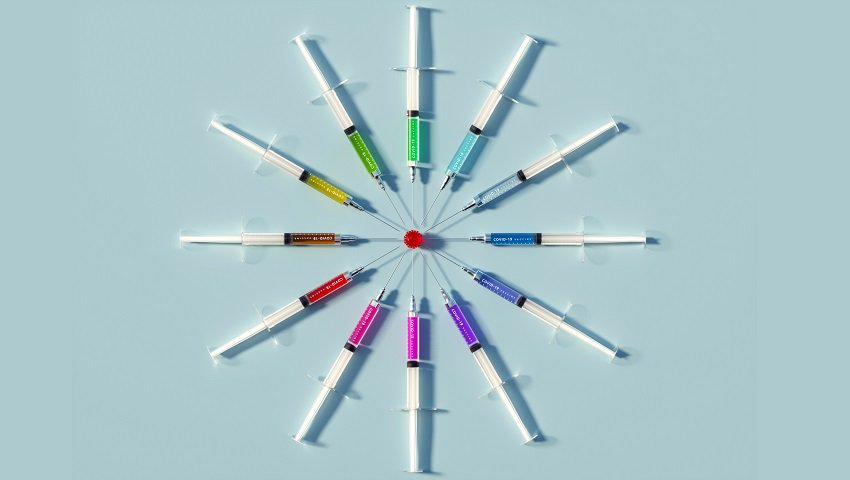 A UK study launched in February is comparing combinations of the AstraZeneca and Pfizer vaccines in a bid to ease the daunting logistics of the global immunisation campaign.

Most COVID-19 vaccines are given in two doses. The initial dose provides some protection against the disease. The booster dose further stimulates the immune system’s memory cells and amplifies the immune response.

Combining two vaccines against a single pathogen is not a new idea. A heterologous prime-boost combination has been found to be effective against Ebola, as have experimental HIV vaccines. It’s also commonly used against pneumococcal disease, says Professor Paul Griffin, an infectious diseases physician and microbiologist at the University of Queensland and director of Infectious Diseases at Mater Research.

The theory behind the heterologous prime-boost combination strategy is that two different technologies – for example, the viral vector used in the AstraZeneca vaccine and the mRNA used in Pfizer’s – can offer a complimentary immune response, Griffin explains.

Some of the immune response elicited by the chimpanzee viral vector used in the AstraZeneca vaccine is thought to undermine the response to the SARS-CoV2 spike protein, he says. “Combining the viral vector vaccine with a different type of vaccine may well give a better response.”

“It’s mostly speculation based on some of the basic science, and we don’t have the safety data yet. But I do think that heterologous boosting will be something that we will use.”

While the efficacy of the heterologous prime-boost combination is still unknown, the British research group have recently released some preliminary data on safety.

They found that people who received a heterologous prime-boost more often reported some of the common minor side effects, such as fatigue, headache, muscle ache and malaise. Encouragingly, no severe side effects occurred.

The group expects more evidence to be available by June.

“It’s a really promising area of research that very likely will inform how we utilise these vaccines in the future,” says Griffin. “But we need really good data on it before we can adopt the strategy.”

Originally published by Cosmos as Can I get two different COVID-19 vaccines?