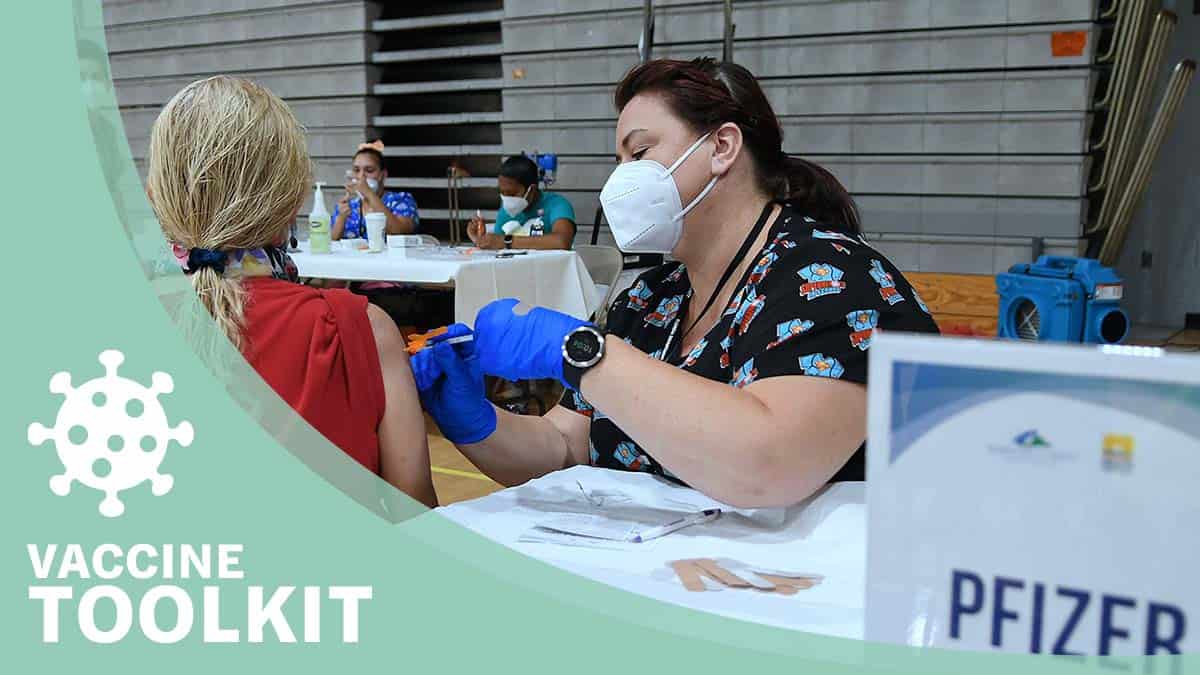 Are COVID-19 vaccines experimental? Yes – to the extent that any vaccine against a new strain of virus raises new safety issues.

Some people claim that the testing of the vaccines was rushed. That’s not true. The record time was achieved because the technologies for making the vaccines were quick to deploy, the three phases of trials were done concurrently and the bureaucratic roadblocks were removed – as you would hope for a potentially life-saving vaccine required at a global scale.

As they do with all vaccines and drugs, AstraZeneca and Pfizer completed trials in populations around the world throughout 2020. They were gold standard, comprising three phases that were randomised, placebo-controlled and blinded. That means more than 30,000 people in the case of Astra and more than 40,000 in the case of Pfizer were randomly allocated to receive either a vaccine or a placebo. The subjects were ‘blind’, meaning they didn’t know whether they had received the vaccine or the placebo.

The Astra trial showed the vaccine was 60% effective at reducing symptoms of COVID-19, mild or severe. The side effects were mild and similar to those for flu vaccines: runny nose, fever, aches and pains.

The Pfizer vaccine was a dazzling 95% effective at preventing symptoms. There were also mild side effects, such as pain at the site of injections, fatigue and headache.

These results cleared the hurdle for drug regulators around the world to approve both vaccines for widespread use. And as for all drugs and vaccines, the studies continued.

This meant huge amounts of data were quickly available to measure the effectiveness of the vaccines in the general population and search for rare side effects.

Could weird things happen with these vaccines? Could they insert themselves in our DNA, as retroviruses like HIV can do? Could they cause cancer or other problems? We’ve studied adenoviruses and messenger RNA (mRNA) for decades. That’s not their modus operandi. Most experts consider that a very way-out possibility – tantamount to worrying about whether the wheels of your car will fall off on your next drive. Not impossible – but not likely either.

Instead what we do have is BIG data from 5.7 billion shots and soaring. The largest global vaccine rollout in history, being intensely scrutinised by health authorities around the world, in order to measure the real risks and benefits of the vaccines.

Our decades of experience with vaccines also shows that if there are going to be side effects, we pick them up within the first month or two.

In the case of Astra, the good news was that UK studies found that while the vaccine was 60% effective at preventing mild disease, it was 92% effective at protecting people from becoming sick enough to require hospitalisation.

It’s now well over a year since tens of thousands of recipients received their vaccine in the first round of clinical trials, and over six months since the global rollout started. So we’ve probably seen the worst by now.

How are vaccines made?

We actually have lots of experience with both common types of COVID vaccines.

Astra is a vaccine built on the chassis of an adenovirus. (The Johnson & Johnson and Sputnik vaccines are similar.) Adenoviruses are very common DNA viruses that infect us throughout our lifetime, causing colds, sore throats, bronchitis, diarrhoea or conjunctivitis.

While this is the first time we’ve seen international-scale vaccination programs, adenovirus vaccines are not new. They have been used (as live viruses) since the 1950s to protect North American military recruits against respiratory diseases. Modern engineered vaccines – where a conspicuous bit of the target pathogen is placed like a passenger into the adenovirus chassis – have been used on thousands of individuals in trials to prevent Ebola, malaria, dengue, Marburg and HIV infections. Modified adenovirus has also been used to treat cancer and for gene therapy.

What that means is we know a lot about adenovirus-based vaccines and how they interact with our cells.

Adenovirus naturally rouses the immune system. To turn the adenovirus into a safe COVID vaccine, you trim away the DNA it needs to multiply, and you insert the coronavirus spike protein DNA as the passenger.

Pfizer’s vaccine represents the most novel technology. The more traditional vaccines use a modified virus (dead, weakened or carrying passengers) or the coronavirus spike protein. Pfizer (and Moderna) instead use mRNA – which is hardly a novelty as far as our cells are concerned.

Each one of our cells produces thousands of copies of mRNA every second. These are the recipes our cells use to cook up the proteins they need. (If DNA is the cloth-bound cookbook, mRNA is a flimsy photocopy of a single protein recipe.) For the vaccine, you provide cells with an mRNA recipe to make the coronavirus spike protein. Most mRNA recipes dissolve within a matter of hours, but researchers have learnt to increase the stability of the vaccine mRNA so it lasts a few days and can find its way inside cells.

Afterwards, things proceed much as for the Astra vaccine. The mRNA recipe instructs the cell to cook up the COVID spike protein and display bits of it on its noticeboard to alert the immune cells.

A major advantage for the mRNA vaccines is that since there’s no chassis involved, you can keep giving them as boosters. And they are cheap and extremely fast to produce: the genetic code of the Wuhan virus was read on 10 January 2020;  the first mRNA vaccine against it was ready 42 days later.

Messenger RNA vaccines for rabies, HIV, flu, Zika and cytomegalovirus have been in early-stage human trials for several years. But the current rollout is the only one to have completed human trials and to be rolled out at a vast scale.

Some people with letters after their name have been ventilating some way-out ideas. They’re not an articulation of serious risk but thought bubbles, many of which have already burst.

Yeadon was also wrong in claiming that asymptomatic people could not spread COVID.

The mRNA in the Pfizer vaccine will deform the shape of proteins and cause Alzheimer’s disease. This is another thought bubble that lives happily in the world of way-out things. In this world, you should also think twice about walking on the street because it’s not impossible that you’ll be knocked down by a charging rhino that escaped from the local zoo.

Originally published by Cosmos as Are COVID-19 vaccines experimental?