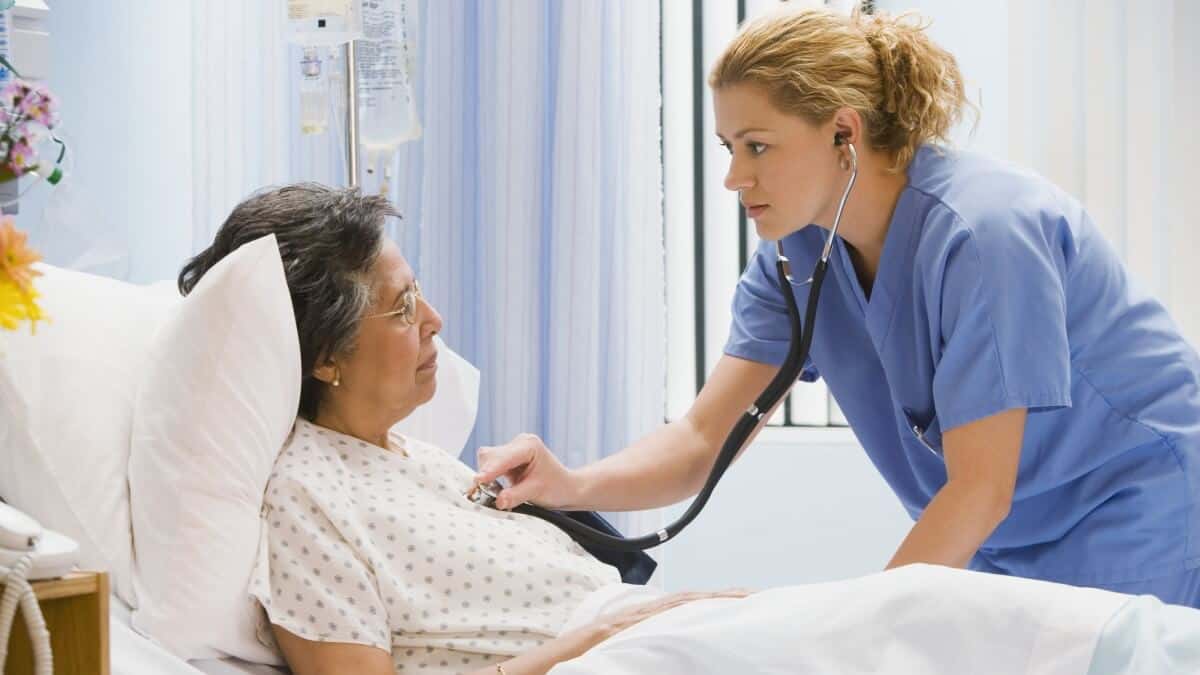 Hospital patients who speak the same language as their physicians end up healthier, according to new research.

The study, which was published in the Canadian Medical Association Journal, found that hospital patients had shorter stays and were less likely to die, fall, or catch infections during their treatment if they had a physician speaking their language.

The researchers examined medical records for home-care care recipients in Ontario, Canada, between 2010 and 2018. In total, they looked at 189,690 records.

A third of Ontario’s population doesn’t speak English as a first language. Among these home-care recipients, 84% were English speakers (Anglophones), 13% spoke French (Francophones) and 2.7% spoke other languages (Allophones).

The researchers examined whether these patients were treated by a physician who spoke their first language (language concordant) or didn’t (language discordant).

“We found that patients who received language-discordant care had more adverse events (such as falls and infections), longer hospital stays and were more likely die in hospital,” the researchers told Cosmos over email.

Francophones treated by a French speaker were 24% less likely to die, while Allophones’ chances of death dropped by 54% when they had language-concordant care.

The authors float a few reasons for this disparity. Previous studies have shown that better patient-physician communication leads to faster and more accurate diagnoses, and more patient cooperation – both of which have better health outcomes on average. Language discordance, on the other hand, correlates to cultural differences between patients and healthcare workers, which is typically bad for patients.

“These are staggering findings that make a strong case for providing care in the same language for linguistic minorities in hospitals,” says co-author Dr Peter Tanuseputro, a physician scientist in the Department of Medicine of The Ottawa Hospital, Institut du Savoir Montfort and Bruyère Research Institute, Ottawa, Ontario.

“It’s clearly easier to convey important information about your health in your primary language. Regardless, the more than doubling in odds of serious harms, including death, for patients receiving care in a different language is eye-opening.”

More on languages: Linguistic diversity could help save biodiversity

Just 44% of Francophones and under 2% of Allophones received care from physicians who spoke their language. For comparison, 58% of physicians in the study spoke English exclusively.

“We expect these disparities to be more pronounced in linguistically diverse populations for the following reason: the odds of receiving care from a physician who speaks your primary language decreases if there are more linguistic groups in the population,” the researchers told Cosmos.

“We believe that the results of our study highlight the importance of identifying patients who live in minority language communities so that appropriate strategies can be implemented to increase the provision of language-concordant care to these patients.”

This means hospitals should ask patients what languages they speak, establish directories of their staff’s language proficiencies, refer patients to doctors who share their languages, and use professional interpreters.

“Furthermore, a healthcare system’s ability to provide language-concordant care depends on the languages spoken by physicians, which should match that of the general population,” say the researchers.

“This could be optimised by recruiting physicians with specific language proficiencies, and by dedicating resources to increase opportunities for medical education among minority language communities.”