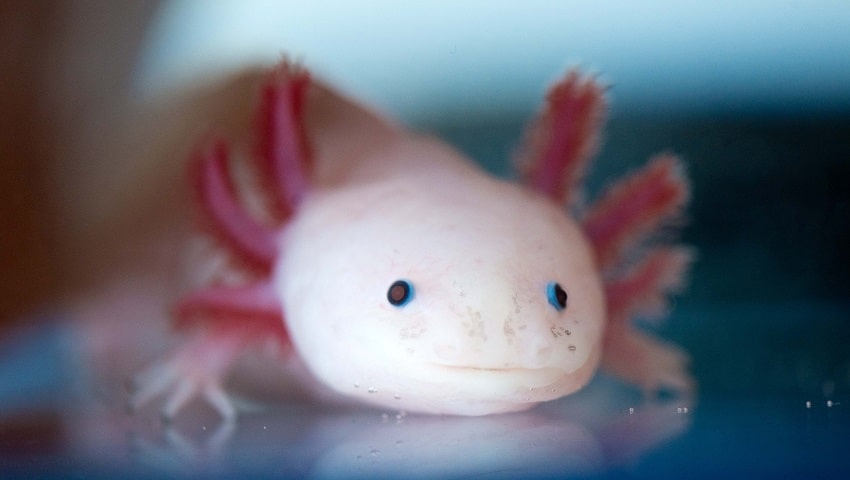 Repairing the worn-out cartilage in your dicky knee or even growing a whole new leg could one day be as simple as switching on your “inner salamander”, according to new research published in Science Advances.

The salamander – one incarnation of which is the bizarre-looking axolotl or Mexican walking fish – has the enviable ability to regrow entire limbs and even bits of major organs after an unfortunate accident.

It’s a trick that would be very handy for people who have worn out the cartilage lining their hip or knee. Wear and tear can lead to bone scraping on bone and painful osteoarthritis, a leading reason for joint replacement surgery.

It has been thought that cartilage has a limited capacity to repair itself. But the new research, led by rheumatologist Virginia Kraus from the Duke University School of Medicine in North Carolina, US, finds that humans have an axolotl-style “switch” that could turn on cartilage growth.

To get their study rolling the team procured cartilage from the hips, knees and ankles of 18 people who had joint surgery for osteoarthritis or trauma.

Then they set about grading the biological age of the cartilage using a “molecular clock” that measures changes in two protein building blocks, asparagine and glutamine.

With a technique called mass spectrometry, the researchers could tell which cartilage samples had a higher turnover of protein, and so were regenerating more quickly. These specimens qualified as a “younger” example of the genre.

So, where do the cartilaginous youth like to hang out? Not surprisingly, perhaps, as “far out” as possible.

The molecular clock showed that ankle cartilage was noticeably younger than knee cartilage, which was younger again than the gristly stuff lining the hip.

Now that age gradient, from old hips down to young ankles, bears a curious likeness to the greater ability of some species, salamanders included, to regrow the bits further out on their limbs or tails.

The resemblance, the researchers have found, is no accident.

Humans share a regulator in the form of something called microRNA with salamanders; it controls formation of the limb bud or “blastema” in those slimy suckers and it also has a hand in making cartilage in people.

MicroRNA, the team found, becomes more active as the joints descend, from hip down to ankle.

“We were excited to learn that the regulators of regeneration in the salamander limb appear to also be the controllers of joint tissue repair in the human limb,” says the paper’s first author Ming-Feng Hsueh, also from Duke.

“We call it our ‘inner salamander’ capacity,” he says.

MicroRNA is also increased in the cartilage of joints affected with osteoarthritis, suggesting it is involved in repair of those joints. Which Kraus thinks could open the door to a whole new class of therapeutics.

“We believe we could boost these regulators to fully regenerate degenerated cartilage of an arthritic joint,” she says.

“If we can figure out what regulators we are missing compared with salamanders, we might even be able to add the missing components back and develop a way someday to regenerate part or all of an injured human limb.”

Originally published by Cosmos as Hip pain? Turn on your inner salamander