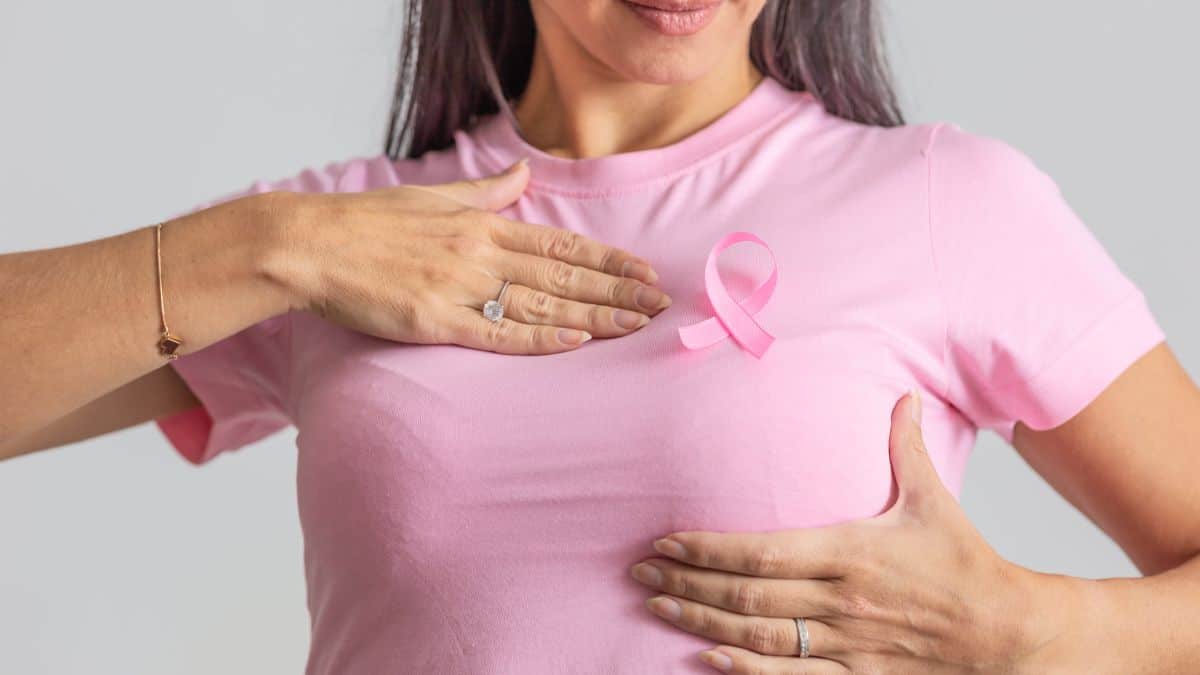 Today is Day 3 of the Jean Hailes Women’s Health Week 2022, an initiative dedicated to all women across Australia to make good health a priority.

Breast cancer is not only found in women, of course, but with a comparison rate of around 1 in 600 men diagnosed with it in their lifetime, it is undoubtedly a major concern of women’s health.

An umbrella term, breast cancer comes in many forms – depending on whether it is confined to the milk ducts or lobules – the milk-producing glands – or if it has invaded the surrounding breast tissue. From here, the cancer can spread aggressively  into the nearby lymph nodes and to other parts of the body.

Although the five-year survival rates of breast cancer have improved from 76% to 92% over the past three decades, diagnoses in Australia have increased by 33% over the past ten years.

Survival rates drop drastically, however, for women whose cancer comes back. In the US, ten-year survival rates fall from 93% to 27% when the cancer recurs, and to a lowly 7% if it spreads to the rest of the body.

A research collaboration led by Susan Waltz from the University of Cincinnati and Susanne Wells from the Cincinnati Children’s Hospital has looked at specific genes (known as Ron and DEK) known to accelerate cancer cell growth as a way to predict cancer recurrence and potentially as targets for new treatment therapies.

These specific genes have been found to regulate particular metabolites – substances resulting from the body breaking down food, drugs or chemicals – and by tracking these changes, researchers have found markers which help predict outcomes for patients. Additionally, by targeting certain enzymes which are also involved in the regulation of these metabolites, a variety of new therapies could prove promising.

“It could be dietary, it could be different ways of treating patients compared to the toxic genes that we give patients now,” says Waltz.

“Regulating metabolites is much easier than regulating genes,” said Wells. Hopefully someday we can treat these worst features of cancer by targeting cancer metabolism”.

It’s in the genes

Looking for genetic markers such as BRCA1 and BRCA2 as a way to predict women’s pre-disposition to developing breast cancer in the first place is well-established, as is mammography (which is free every two years for women in Australia over the age of 40).

However, for those who do carry pathogenic variants in certain other genes such as ATM, CHEK2, PALB2, there is evidence earlier and better testing – both genetic and imaging – is needed.

“For women with pathogenic variants in these genes, our modelling analysis predicted a lifetime risk of developing breast cancer at 21% to 40%, depending on the variant,” says Dr. Kathryn Lowry, assistant professor of radiology at the University of Washington, School of Medicine. In a research paper released earlier this year, led by Lowry, their models strongly indicated there was benefit in regular Magnetic Resonance Imaging (MRI) screenings for women with any of the three variants in genes PALB2, ATM and CHEK2.

“We project that starting annual MRI screening at age 30 to 35, with annual mammography starting at age 40, will reduce cancer mortality for these populations of women by more than 50%.”

Models run by Lowry and researchers at the Cancer Intervention and Surveillance Modelling Network (CISNET), the Cancer Risk Estimates Related to Susceptibility (CARRIERS) consortium, and the Breast Cancer Surveillance Consortium, also predicted the number of false positives and benign biopsies expected if MRIs were used in this manner.

False positives and the resulting diagnostic biopsies are one of the many reasons MRIs are not the go-to diagnostic imaging method for detecting breast cancer. An estimated two out of every ten MRI breast tissues scans result in a false positive, causing extra physical and emotional stress, not to mention increasing costs and what some consider to be “over-treatment”.

Researchers from the Medical University of Vienna have found, however, that by incorporating a technique known as diffusion-weighted imaging (DWI) into standard MRI screening procedures, unnecessary biopsies could be reduced by up to 30%.

Taking an extra three minutes to perform, DWI – which is also routinely used in the diagnosis of stroke – enables doctors to better characterise lesions in the breast tissue. This is because hydrogen molecules “dance” faster in healthy tissue than the do in malignant tumours, according to Paola Clauser of the Department of Biomedical Imaging and Image-guided Therapy of the Medical University of Vienna who led the study. “Carcinomas alter tissue on a microscopic scale and thereby inhibit the motion of water molecules,” meaning that by looking at the mapping of water molecules, a tumour can be better differentiated from healthy tissue that just happens to be well-supplied with blood (as can occur with inflammation).

MRI is also clearly better for detecting recurrent cancer in women whose breast tissue is denser than normal. Women with dense breasts have a higher proportion of fibroglandular tissue (glandular and connective tissue) than fatty tissue.

This density can cause issues for detecting cancers via normal mammography imaging as it can mask or otherwise obscure lesions. Dense breasts are also an independent risk factor for breast cancer.

MRIs are much better at detecting breast cancer than mammography and for people with dense breasts – particularly those who have already had cancer once – it may be an important surveillance tool for early detection.

Dr. Su Hyun Lee, at the Department of Radiology at Seoul National University Hospital in Korea, has been investigating how MRI screening procedures might be improved for women with a personal history of breast cancer. A brightening or enhancement known as ‘background parenchymal enhancement’ (BPE) in post-operative surveillance breast MRI, after a contrast agent has been added, “may indicate the response to breast cancer treatment and may be a predictor of the modified risk of second breast cancer after treatment in women with a personal history of breast cancer,” Lee said.

Lee also believes the best approaches will involve several imaging techniques, including mammography, ultrasound and MRI. “This approach”, she said, “will lead to more tailored surveillance strategies for women with a history of breast cancer”.

Although further work remains to be done in how and when MRIs might be employed as a diagnostic and surveillance tool for breast cancer, there remains a strong argument for their consideration in our screening protocols, regardless of whether or not the woman has had cancer before.

In the meantime, risk factors for developing breast cancer for the first time or its recurrence, continue to be investigated. These include aspects such as age at first diagnosis, genetic mutations, menopause, hormones, diet and even levels of physical activity (new research shows that boosting the level of physical activity and curbing sitting time is highly likely to lower your overall risk of developing breast cancer).

What can you do?

Be active, get checked and see someone if you need to. Support the women around you to do the same, as there is plenty of evidence that women’s experiences of the health system is not the same as for men.

Originally published by Cosmos as Getting abreast of breast cancer: the future role of genetics and imaging