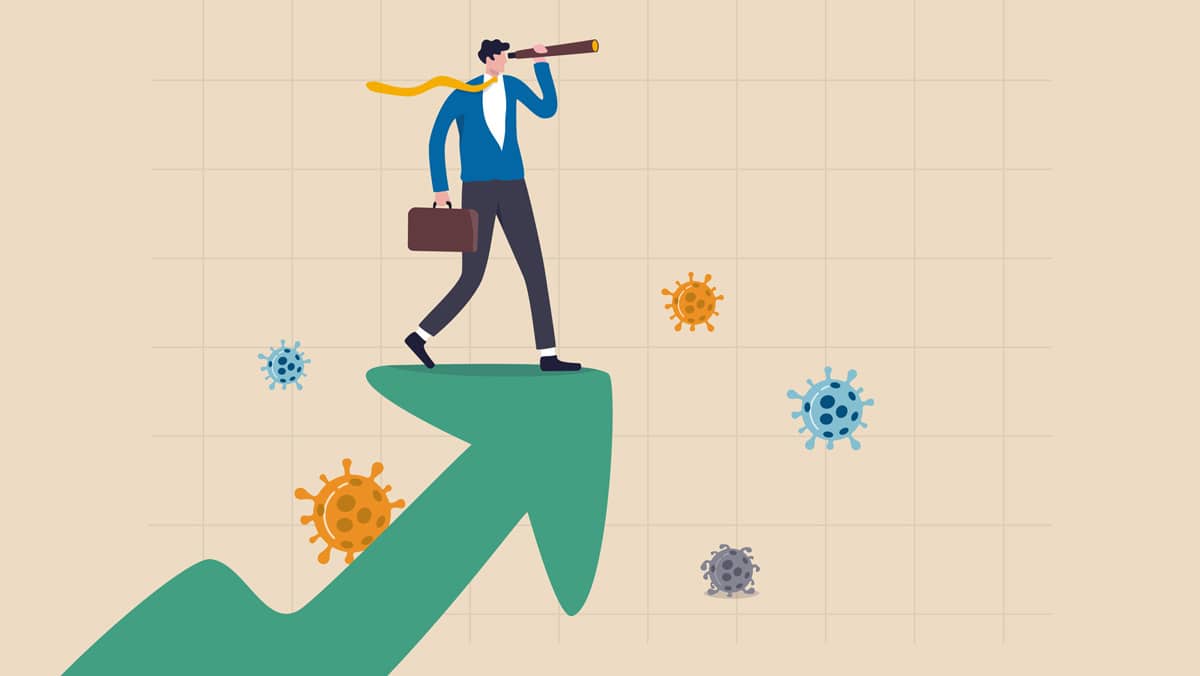 A group of experts takes on the trick science of forecasting possible futures of the COVID-19 pandemic. Credit: Nuthawut Somsuk / iStock / Getty Images.
More on:
inequality

Increased societal inequality and other negative effects of the COVID-19 pandemic could continue well into the future unless there is enhanced global cooperation, a new report from the International Science Council (ISC) has warned.

“We must not take a narrow view of the pandemic or minimise its impacts beyond public health,” says Peter Gluckman, president of the ISC. “Otherwise, inequities will grow, and the broader consequences will be felt in every society in every country.”

The ISC is an international non-governmental organisation comprising memberships from global scientific unions and associations. Its mission is to “act as the global voice for science”. The new report was produced with support from the United Nations Office for Disaster Risk Reduction (UNDRR) and the World Health Organization (WHO).

For the report on the likely future of COVID-19, the ISC assembled 18 international experts from fields such as virology, public health, economics, and sociology, along with two observers. The group developed three plausible scenarios for the next five years of the pandemic. This involved identifying the factors that would influence or be influenced by the pandemic, areas of uncertainty, and how all these factors fitted together.

What future scenarios did the report look at?

The first scenario described in the group’s report was labelled the “Continuity scenario” and is considered the most likely. In effect it would be business as usual. Under the continuity scenario, in 2027 the world would have effective vaccines and an adequate supply of boosters but vaccine access in low-income countries and vaccine hesitancy worldwide would still be problematic. COVID-19 would be a global endemic disease with seasonal surges, necessitating the use of some public health and social measures to control its spread during surge periods. Trust between citizens and governments and social cohesion would have been weakened by the pandemic.

The second scenario, considered more pessimistic but still plausible, is called “Missed recovery”. Under this scenario, inequality would continue to increase, and countries would have failed to cooperate regionally and globally to respond to the pandemic. COVID-19 booster vaccines would exist but would only be available to some, and low-income countries would have limited access to vaccines and antivirals. More restrictive public health and safety measures such as lockdowns would be likely, as countries fail to invest in health and social care systems. Finally, progress towards the UN Sustainable Development Goals (SDGs) would have been “severely” slowed.

The third scenario, “Collaboration plus”, is more optimistic than continuity, but plausible with the right policy decisions, according to the report. Under this scenario, high levels of international collaboration would allow more than 70% of the world’s population to access an effective COVID-19 vaccine, and antivirals would be cheap enough to be available in low-income countries. Restrictive public health and social measures would not be necessary to control the spread of the virus, and high-income countries would have invested in improving health and social systems, as well as in a “green recovery” from the pandemic. Governments would prioritise disaster preparedness and science advisory mechanisms, leading to a world better prepared for future crises.

What did the report recommend?

Following the development of the three five-year scenarios, ISC consulted with 17 international policy experts and hosted a workshop to identify policy decisions and recommendations which would get the world closest to the most optimistic scenario.

“The report aims to assist all governments in exploring appropriate responses in the broad interests of all their citizens and societies,” explains Gluckman.

The report highlighted that while most governments had prioritised direct medical responses to COVID-19, such as the development of vaccines and antivirals, not enough attention has been paid to the educational and economic effects of the pandemic.

The report noted that in 2020 an estimated 8% of working hours were lost,  or the equivalent of 255 million full-time jobs. Citing a 2021 World Bank report that suggested COVID-19-related disruptions to education could lead to up to $US17 trillion in reduced earnings over the lifetimes of affected students, the report called for education to be prioritised in recovery strategies, including closing the “digital divide” of access to education.

Another area identified as requiring improvement was policies to combat disinformation and increase societal trust in science.

Overall, the report emphasised the need for greater collaboration as the key to avoiding the less desirable future scenarios.

“The COVID-19 pandemic has demonstrated the value of international scientific cooperation, even in the face of cascading environmental risks and geopolitical tensions,” says Mami Mizutori, special representative of the UNDRR.

“We must renew efforts to build a multilateral system that addresses inequalities while preparing us for the next crisis. Whether it be another pandemic, climate change, or conflict, we have the chance to learn from the last two years. If not, the Sustainable Development Goals will slip out of reach.”