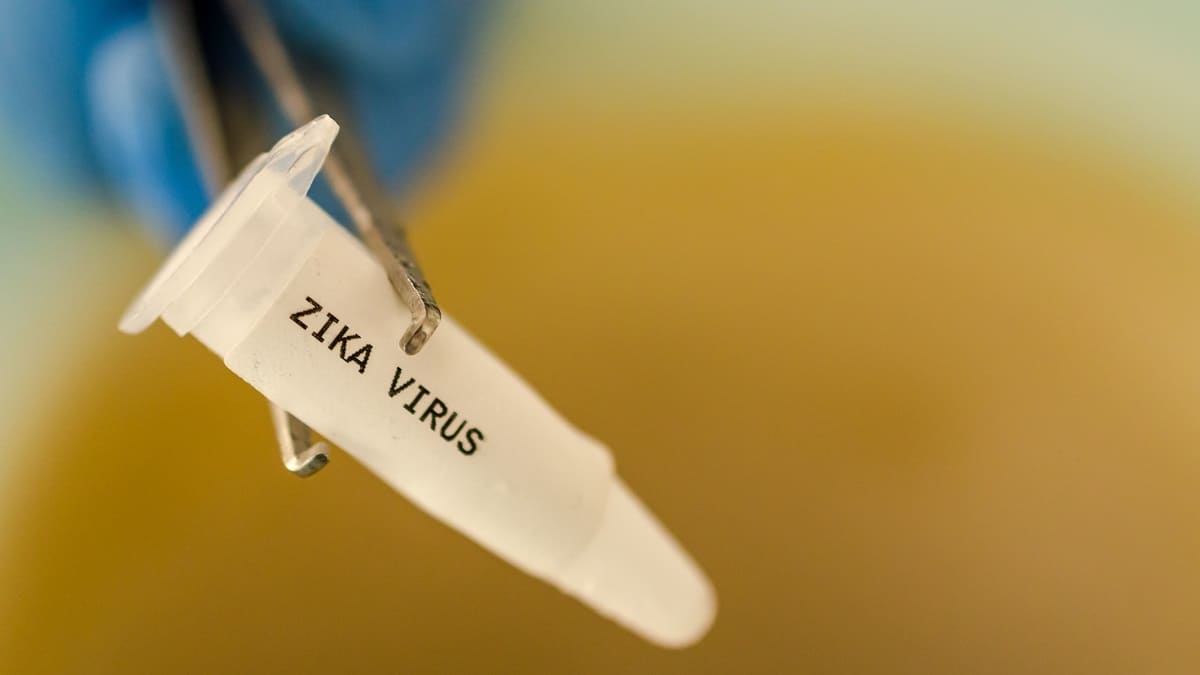 While COVID-19 continues to dominate headlines, flaviviruses have silently affected thousands worldwide, causing disabling diseases and death. But new Australian research could take us closer to a vaccine.

In early 2015, several people presented to hospitals in north-eastern Brazil with mild fever, rashes, conjunctivitis, and muscle and joint pain. Dengue and chikungunya virus infections were the first suspects, but these were soon ruled out by aetiologic (systematic causation study) investigation.

Research groups began to investigate the mysterious infection. In May 2015, a team from the Instituto de Medicina Tropical at the Federal University of Rio Grande do Norte, Brazil, identified the Zika virus as the culprit of the fast-spreading epidemic.

First identified in sentinel rhesus monkeys in the Zika forest of Uganda in 1947, the Zika virus is endemic to the tropical and subtropical areas of the world. It has been known to occur in equatorial Africa and Asia since the 1950s,  but it wasn’t until the 2000s that the virus spread across the oceans to Central and South America, where an outbreak occurred only months before the 2016 Rio Olympic games – a potential super-spreading event of global proportions.

Phylogenetic studies have since indicated that the virus was already spreading in Brazil as early as 2013. By the end of 2016, it had reached more than 50 other countries and territories on the American continent.

“Flaviviruses are a big problem,” says Professor Jason Mackenzie, an infectious disease expert at the Peter Doherty Institute for Infection and Immunity in Melbourne.

Despite the remarkable prevalence of flaviviruses across the world, vaccines against most of them do not yet exist. But new research from the University of Queensland and Monash University, recently published in Science Advances, may facilitate a leap forward.

Anti-flavivirus vaccine development presents unique challenges, says Associate Professor Daniel Watterson, a molecular biologist at the University of Queensland and one of the study’s authors.

One challenge is the antibody-dependent enhancement (ADE) of disease. This occurs when antibodies generated during an immune response recognise and bind to a pathogen – but rather than preventing infection, they act like a Trojan horse by allowing the pathogen to get into cells and exacerbate the infection.

Dengue, for example, exists in four different serotypes, or strains: DENV-1, DENV-2, DENV-3 and DENV-4. If you get sick from DENV-1, your immune system generates antibodies that protect you from that specific serotype for the rest of your life. But if you are then exposed to another serotype, say DENV-3, some of those same antibodies will exacerbate the DENV-3 infection, increasing your chance of developing severe disease.

“This has been one of the major challenges of vaccine development,” says Watterson, because a vaccine against dengue must contain all four different vaccines rolled into one, but they can’t cross-react with one another.

“How you can get equal immune responses against all four of those serotypes has been the real challenge because you can’t have one outweighing the other, otherwise you will promote ADE,” adds Mackenzie, who was not involved in the study.

There is some evidence that antibody-dependent enhancement of disease might also occur from exposure to different flaviviruses – for example, anti-Zika antibodies might promote dengue infection or vice versa.

Another barrier to vaccine development is the complex maturation process flaviviruses undergo as they replicate and are excreted from host cells.

When flaviviruses replicate in the host cell, they are produced in an immature form that looks like a spiky sphere; at this point, they’re not infectious. Secretory vesicles then transport out immature virus particles. These vesicles have a lower pH than the rest of the cell, which acts as a switch, triggering a complete reorganisation of the virus surface structure. When flaviviruses are excreted from the cell, they look like balls with a smooth surface – this is called the mature form, and the virus is now infectious.

The spikes on the surface of the immature virus particles are two proteins called prM and E. During the excretion process, the acidic pH releases E from the spike. Meanwhile, the prM protein is cleaved by the acidic pH in the transport vesicles, exposing the smooth surface where E – which is responsible for cell entry – lies. This process makes the virus particle infectious.

The maturation process is not very efficient in all flaviviruses. Dengue, for example, is released in a heterogenous form that retains many of the prM proteins on its surface. These stimulate the production of non-neutralising antibodies that contribute to the antibody-dependent enhancement of disease, facilitating the uptake of otherwise non-infectious, immature dengue particles into host immune cells that may have not been infected otherwise.

An effective vaccine must exclude the prM proteins and target the E proteins present in the mature form instead. Therefore, understanding the details of the maturation process and knowing the exact structure of flaviviruses’ surface changes is crucial when designing safe, effective vaccines.

The new research from the University of Queensland and Monash University has resolved a flavivirus structure to the highest resolution ever achieved. Their single-particle cryo-electron microscopy analysis revealed that the surface of flaviviruses is different from what was previously reported.

“We observed a drastically different topology than what had been previously thought,” Watterson says. “That gives us clues about how to produce the antigens as vaccines in the optimal form, without that [prM] protein.”

Next door to Watterson’s lab, Professor Roy Hall, another co-author of the recent study, is developing anti-flavivirus vaccines using the Binjari virus, an insect-specific flavivirus, as a vector. Insect-specific flaviviruses are transmitted exclusively between arthropods and do not replicate in vertebrate hosts, making them extremely safe to handle.

The Binjari virus was isolated from a mosquito captured in northern Australia. Hall and his group re-engineered the virus to carry surface proteins of disease-causing viruses like Zika, dengue and other flaviviruses. This resulted in hybrid – or chimeric – viruses that closely resemble the pathogenic viruses on the outside and, when used as vaccines, elicit an immune response against the disease-causing viruses.

“We were using Australia’s safe-to-handle Binjari virus, which we combine with more dangerous viral genes to make safer and more effective vaccines,” says Watterson. “But when analysing Binjari we could clearly see that the molecular structure we’ve all been working from since 2008 wasn’t quite correct.”

The Binjari virus is a unique sample, says another co-author, Professor Fasseli Coulibaly, from the Department of Biochemistry and Molecular Biology at Monash Biomedicine Discovery Institute. It is produced in an entirely immature form by mosquito cells, which means that details of its surface structure can be more easily resolved compared to flaviviruses.

“If the surface is heterogenous, the details are blurred,” Coulibaly explains.

The team froze the Binjari virus in very thin ice to preserve its components, then collected thousands of images with a powerful cryogenic electron microscope at the Ramaciotti Centre for Cryo-Electron Microscopy at Monash.

The researchers then combined the images using a high-performance computing platform at the MASSIVE facility, also at Monash, to produce a 3D image revealing the structure of the immature Binjari virus.

“Our technology – the chimeric technology – offers the potential to make cheap and really effective and safe vaccines quickly, and that’s exactly what we need for answering the flavivirus problems,” says Watterson.

“We are interested in studying a whole range of flaviviruses that could emerge as Zika did in Brazil. We want to use the three-dimensional images of the viruses to make the best possible vaccines.”

Originally published by Cosmos as Developing vaccines for forgotten flaviviruses