Developing coeliac disease in later life could be linked to a viral infection during childhood. Credit: Solstock/Getty Images

A group of common intestinal viruses may be a trigger for coeliac disease in children who have a genetic predisposition for the disease, according to research published in The BMJ journal.

The research details the results of a 15-year study, led by Christian Kahrs of the Østfold Hospital Trust, Grålum, in Norway, that included 220 children with genes that made them more susceptible to the condition. Of these, 25 went on to develop the disease.

The scientists found that these participants were more likely than non-coeliacs to test positive for a group of gut bugs known as enteroviruses.

Enterovirus infections are common and often produce mild symptoms such as runny noses, vomiting and illnesses including hand, foot and mouth disease.

“We found a significant association between exposure to enterovirus and subsequent risk of coeliac disease,” the researchers write.

“This study suggests that infections with enterovirus in early life could be one among several key risk factors for development of a disease with lifelong consequences.”

The authors add they were more likely to find enterovirus before the children developed coeliac disease, suggesting there may be a link between the two.

They also tested for another group of bug, adenoviruses, which cause common cold symptoms, but these did not show the same link.

Katie Allen from the Murdoch Children’s Research Institute in Melbourne, Australia, who was not involved in the study, says coeliac disease is one of the most common autoimmune conditions in Western countries, where it affects around one in every 100 children.

“We still don’t know why it occurs in some kids who eat gluten but not others,”  she notes.

She tells Cosmos the study provides an interesting lead in hunting down the cause of coeliac disease, which is a lifelong condition.

Kahrs  and colleagues say the link between enteroviruses and the condition  is consistent with the idea that viruses may disrupt the mucous barrier in the gut, allowing more gluten to enter and triggering a loss of tolerance.

Jason Tye-Din from the Walter and Eliza Hall Institute, also in Melbourne, says the Norwegian researchers are highly regarded and their science is sound. However, he points to the small number of children in the study who actually developed coeliac disease, saying this could lead to incorrect associations.

Enteroviruses are also unlikely to be the complete answer. Only 20% of the infants who developed coeliac disease in the study showed evidence of an enterovirus infection beforehand, compared to the control group where the rate of infection was 15%.

“Enterovirus was not present in most children who developed coeliac disease,” he says. “Other factors are important in disease development.”

Tye-Din adds that the research supported a growing body of evidence suggesting that micro-organisms may be important triggers for a range of autoimmune diseases.

If enterovirus is confirmed as a trigger factor, Kahrs  and colleagues say a vaccine could be developed that may reduce the high numbers of those with coeliac disease.

This story was originally prepared by the Australian Science Media Centre (AusSMC) and is used with permission. 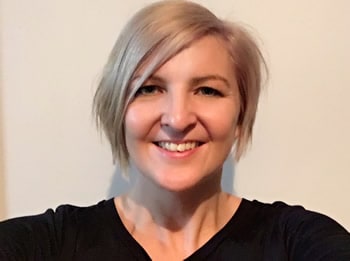 Lyndal Byford is Director of News and Partnerships at the Australian Science Media Centre.