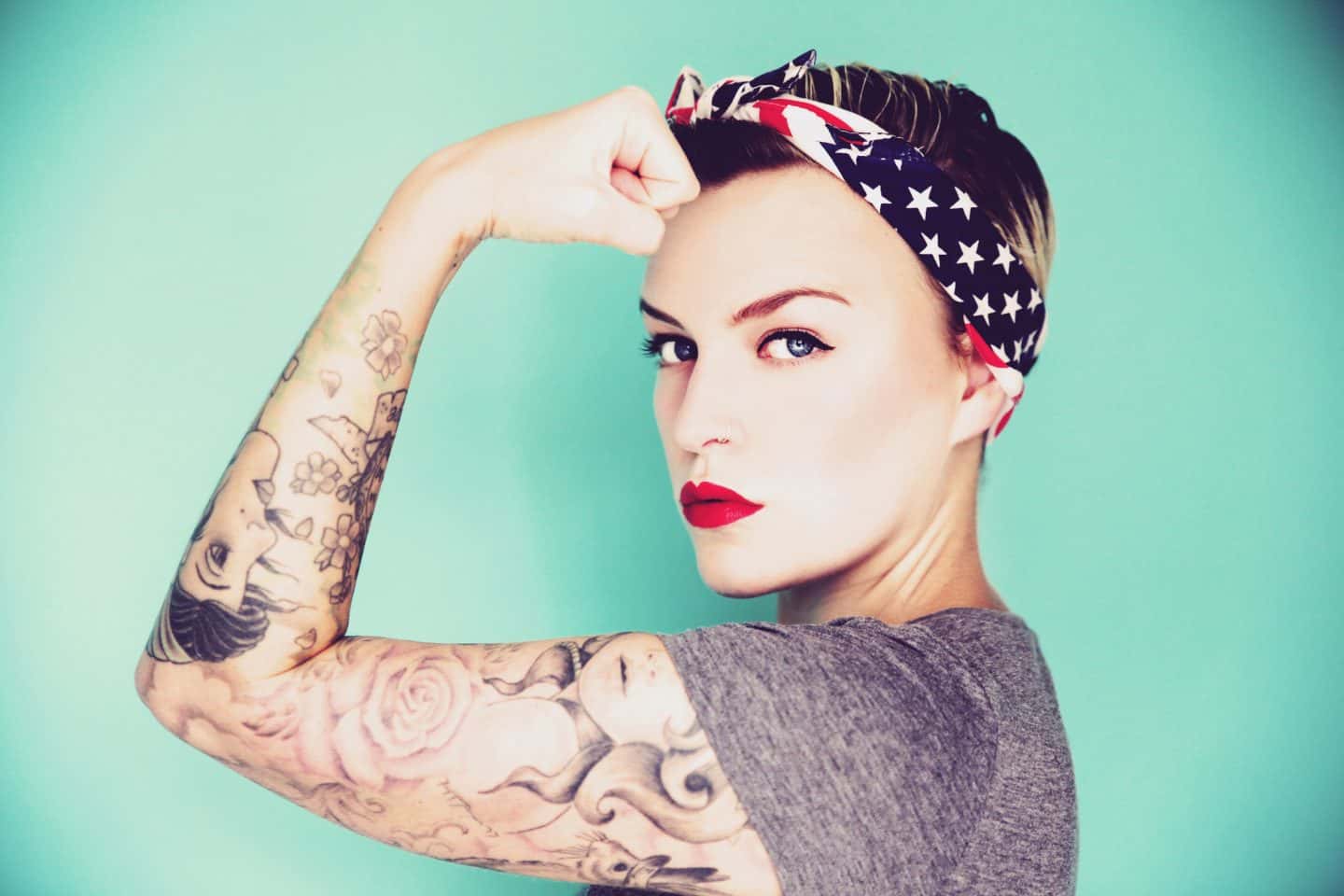 New research reveals that when a tattoo is made a population of white blood cells, known as macrophages, engulfs the pigment particles. As these immune cells die over time, the pigment is released only to be taken in by the next generation.

The study, published this week in the Journal of Experimental Medicine, helps to explain the enduring nature of tattoos.

Tattooing involves depositing water-insoluble pigment into the dermis of the skin, the layer of tissue just below the outer epidermis. In addition to hair follicles and glands, the dermis also houses a network of blood and lymphatic vessels, making it a hub of immune activity.

An ink-covered tattoo needle essentially causes a wound as it punctures the skin, triggering an immune response.

Pigment particles in the ink are primarily granules of metal salts, and while some of these are quickly cleared away by the lymphatic system, most is consumed by local immune cells. These cells then stay put, allowing the original pattern of ink to remain.

Exactly which immune cells were storing the pigment granules wasn’t clear, though. Some evidence pointed to fibroblasts, which are connective tissue cells that also play a role in the immune response. Other research pointed to macrophages, which are very good at ingesting foreign particles.

It also wasn’t known how tattoos could persist so long. Like many cells in our bodies, even fibroblasts and macrophages are continually replaced.

Now, researchers at Centre d’Immunologie de Marseille-Luminy in France have shown that when mice were given tattoos, the pigment was only taken up by macrophages in the dermis, suggesting this type of immune cell is the primary reservoir for tattoo ink.

Yet curiously, when the researchers selectively destroyed these cells, the tattoos did not change in appearance.

It turns out that as the macrophages die, they release the pigment granules. In the following weeks, even up to 90 days later, new macrophages consume them.

The researchers propose that this continuous “capture-release-recapture” cycle allows the tattoo to retain its appearance.

“We think that, when tattoo pigment-laden macrophages die during the course of adult life, neighbouring macrophages recapture the released pigments and insure in a dynamic manner the stable appearance and long-term persistence of tattoos,” says Sandrine Henri, a senior author on the paper.

Indeed, when they grafted a segment of tattooed skin from one mouse to another, after six weeks most of the macrophages that contained pigment no longer came from the donor mouse, but belonged to the recipient.

A tattoo, therefore, is really a pattern of macrophages passing pigment from one generation of cells to the next.

This also helps explain why they are difficult to remove. Laser pulses are used to destroy pigment-containing cells, and often several cycles are needed. Sometimes even this isn’t enough.

The researchers propose that the difficulty is caused by new macrophages showing up and recapturing the released pigment, and that tattoo removal could be improved by temporarily destroying new macrophages around the tattoo area just long enough for the pigment to be shed or drained away by the lymphatic system.