The results are pending on the latest effort to have psilocybin and MDMA approved for medical use in Australia.

Whether Australia’s drug regulator remains among the constipated bourgeoisie or ascends to enlightenment hinges on its response to the views of three experts tasked to look into the medical use of psilocybin and MDMA.

Yesterday, the wise trio offered a cautious perspective on both.

“We conclude that MDMA and psilocybin may show promise in highly selected populations but only where these medicines are administered in closely clinically supervised settings and with intensive professional support,” wrote University of Queensland researcher Steve Kisely, Macquarie University professor of pharmacology Mark Connor, and the University of Adelaide’s Dr Andrew Somogyi.

The Therapeutics Goods Administrator (TGA) made an interim decision in February not to move MDMA (3,4-Methylenedioxymethamphetamine) and psilocybin from Schedule 9 prohibited substances to Schedule 8 controlled drugs.

Following pushback from Mind Medicine Australia, experts like Monash University Pharmacy and Pharmaceutical Sciences dean Dr Arthur Christopoulos, and then-WA Senator Rachel Siewert, the TGA kicked a final decision down the road until after the experts came back with an answer. Now they have that answer, they’ve kicked it further, announcing that the expert panel’s report will be considered by the Advisory Committee of Medicines Scheduling (ACMS) at a 3 November meeting. The final decision is due to be published in the first week of December.

“We are very hopeful that these medicinal therapies will now be rescheduled as controlled medicines under the Poisons Standard,” says Mind Medicine Australia chair Peter Hunt. “This will enable psychiatrists who are already getting approvals from the TGA to treat patients under its Special Access Scheme to apply for individual permits from state and territory governments around Australia to treat patients who desperately need help on a case-by-case basis.”

They found MDMA had the strongest evidence as an effective drug and both were well tolerated with limited evidence of acute serious adverse reactions – an important observation given TGA concerns over the potential for neurotoxicity, illegal use and psychosis.

But there were some problems: the studies’ quality weren’t high and used low participant numbers, and as most of the studies combined the drugs with psychotherapy, it’s unknown to what degree the outcomes are dependent on the specific type of therapy administered, raising questions over whether specific protocols for clinical practice need to be established.

MDMA and psilocybin can already be used in clinical trials in Australia, and accessed via what’s known as the Special Access Scheme pathway B; the TGA has approved SAS-B applications for psilocybin and MDMA to be used for treatment-resistant depression and PTSD, but access to the actual substance is controlled by the states, which have so far refused their permission.

Schedule 8 status, which is where cocaine and cannabis live in the regulatory pantheon, means both could be slightly more available for medical purposes, but under strict controls.

The TGA is concerned about the range of evidence for both MDMA and psilocybin as medical treatments, safety, the potential for abuse, and the lack of suitably trained professionals to lead therapies.

A key problem with the research to date, although the weight of evidence is tilted towards safety and effectiveness in a clinical context, is that few trials have involved more than 100 participants, says psychiatrist Dr Ted Cassidy, of The Hills Clinic hospital in Sydney. Cassidy is currently preparing a 12 month, 200-patient trial testing psilocybin-assisted psychotherapy on treatment resistant depression and OCD.

For example, a trial at Edith Cowan University into MDMA-assisted psychotherapy for PTSD involves only four patients, although 1,916 people participated in the Multidisciplinary Association for Psychedelic Studies (MAPS) MDMA/PTSD trials.

“We don’t have an overwhelming database yet,” Cassidy says.

“The other drawback is that patients who are having a psychedelic experience are vulnerable at that time, so we do need to think about that as a profession.

“If we start using these a lot, you’re going to end up in a situation where people are vulnerable, they’re not fully able to make decisions, and if we don’t have the right safeguards in place unscrupulous people could take advantage of them. We’ve seen that before in mental health treatments.”

The TGA received 453 supportive submissions for MDMA and 575 for psilocybin, and 11 opposed for each, and experts have poked holes in its reasoning for not down-scheduling the two treatments.

“One of the key criteria for [the Schedule 9] category is that the ‘substance has no currently established therapeutic value and is likely to present a high risk of dependency, abuse, misuse or illicit use’,” wrote Christopoulos in a reaction to the decision.

“Based on the numerous studies conducted on psilocybin to date… the criterion of ‘no currently established therapeutic value’ is not applicable.

“Moreover, there is significant preclinical and clinical research indicating that psilocybin is not addictive and does not pose a high risk of dependency; as a classic hallucinogen acting via the serotonin receptor system, it does not engender compulsive drug seeking behaviour nor is it associated with a known withdrawal syndrome.”

Psychedelics – which MDMA technically isn’t but is lumped into the same club – include ketamine, DMT (N,N-Dimethyltryptamine), and ibotenic acid, which is better known as magic mushrooms.

Their history as a formal medical treatment began in the 1930s, when Swiss chemist Albert Hoffman accidentally discovered lysergic acid diethylamide – LSD – when experimenting with the wheat fungus ergot. By 1965, some 2000 papers were in circulation describing how different psychedelic drug treatments had been effective and safe for as many as 40,000 patients.

But following enthusiastic use by hippies, infamous LSD parties, Timothy Leary’s acid research, and the CIA’s discredited mind control trials in the 1960s, legitimate research was derailed by US President Richard Nixon’s war on drugs. Legislation banning psychedelics mushroomed around the world from the late 1960s onwards.

But since the 2000s, psychedelics have come back into vogue as a possible next-generation mental illness treatment.

Today, there are more than 70 clinical trials into psilocybin and MDMA underway in the US and Europe, six in Australia and four registered in New Zealand.

The MAPS Phase 3 clinical trial into MDMA and PTSD is being run with the expectation that it can pave the way for the substance to be registered with the powerful US Food and Drug Administration (FDA) in 2023.

The two MDMA clinical trials are centred around PTSD, and are being run at Edith Cowan University and by Psychedelic Research in Science & Medicine Inc (PRISM).

In March, even the federal government got involved, promising $15 million for research into novel mental illness treatments including psychedelics.

Part of the problem around the adoption of psychedelics as a medical treatment is a hangover from the reclassifications of the 1970s, and the legacy stigma attached to LSD and, later, MDMA as recreational drugs.

“They got wrapped up with a bunch of cultural issues well before our time and the stigma of that has carried on,” says Cassidy. “But I think it is sometimes that the medical community is slower moving and older. And if they feel they don’t own it, they feel more sceptical about it.

But if you’re rational about it, psilocybin and MDMD are just another drug. They have some strengths and some weaknesses, they have a time and place to use them, and they have an abuse potential as well.”

Psychedelics enthusiasts are also not doing themselves any favours with conservative doctors by insisting that to use these drugs effectively, medical professionals must also try them.

“This often comes up with psychedelics and doesn’t come up with other drugs,” Cassidy says. “I’ve prescribed tonnes of antidepressants and haven’t used them… and most doctors don’t feel they need to try the procedure on themselves first.”

The resurgence of research interest is because the hot-shot drugs of the 1980s are no longer effective today, Cassidy says.

“Prozac [launched in 1988] was a really transformational treatment for depression. For the first time you could treat mild to moderate depression… you didn’t need to be super sick to be treated,” he says.

Compared to the previous generation of drugs from the 1950s – tricyclic antidepressants and monoamine oxidase inhibitors, which caused severe side effects and made basic foods like cheese downright dangerous – selective serotonin reuptake inhibitors (SSRIs) were “revolutionary”.

But come 2021, the limits of those wonder drugs are apparent.

“Today we know that people who’ve been on these drugs for quite some time or who are getting older get resistant to serotonergic drugs,” Cassidy says. “The best predictor of your response to an antidepressant is how many you’ve been on before.”

The 2020 Productivity Commission report on mental health found that one in five Australians have a chronic mental illness, costing the country about $200–220 billion a year. One in eight Australians are prescribed SSRIs, yet lobby group Mind Medicine Australia says they aren’t effective as just 30–35% of depression sufferers and a lowly 5–10% of PTSD sufferers experience remission.

The cornucopia of modern antidepressants don’t work because they target the same neural pathways. SSRIs, and their cousin SNRIs (serotonin-norepinephrine reuptake inhibitors), boost the amount of wellbeing chemical serotonin (and norepinephrine in the case of the latter) in the brain by stopping nerve synapses from reabsorbing it.

And this is why novel treatments are emerging, from transcranial magnetic stimulation, which uses magnets on the scalp to stimulate regions of the brain associated with mood, to a ketamine nasal spray approved in March for severe depression, to psychedelic-assisted psychotherapy.

Psilocybin is a serotonin 2a agonist, which means it affects the storage and release of serotonin. It can produce sudden peaks of serotonin that SSRIs can’t, and is thought to target the claustrum, a sheet of neurons hidden deep in the cortex which DNA-discoverer Francis Crick thought was the key to consciousness. A study in 2020 by John Hopkins Medicine researchers found the drug lowered neural activity in the claustrum by 15–30%, which they suggested was linked to lowered sense of self and ego by people taking psilocybin.

Like SSRIs, MDMA also works with serotonin receptors, but instead of preventing chemicals already sloshing about the brain from being absorbed it causes more serotonin, norepinephrine and dopamine to be released, which causes strong feelings of safety and love.

Tommy* is an “underground” psychiatrist in Australia who uses both psilocybin and MDMA to treat a roster of about 160 patients. We can’t use his real name, because what he does isn’t legal.

He says psilocybin is better suited to depression and anxiety, as it helps patients elevate or down-regulate their mood, while MDMA is best suited to patients with trauma, such as PTSD, as it creates a feeling of being safe and therefore able to face past experiences without being overwhelmed.

The focus however is the therapy, not the drug.

“We come in and build insightful, trusting, collaborative relationships that align with what we are looking to achieve,” Tommy says. “There’s a lot of normal therapy before using medication.”

What’s exciting for people like Tommy and Cassidy is the speed at which psychedelics work.

Cassidy says his patients reported dramatic improvements within four weeks after a first dose of MDMA and psilocybin after one dose, compared to the eight weeks traditional SSRIs take to work.

Most medicos, be they underground practitioners or out in the open, don’t believe MDMA or psilocybin will become legitimised drugs in Australia any time soon. But given where the world is moving, cosmic enlightenment may be closer than we all know.

Originally published by Cosmos as Will Australia climb aboard the Merry Pranksters’ psychedelic bus? 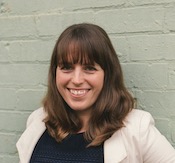