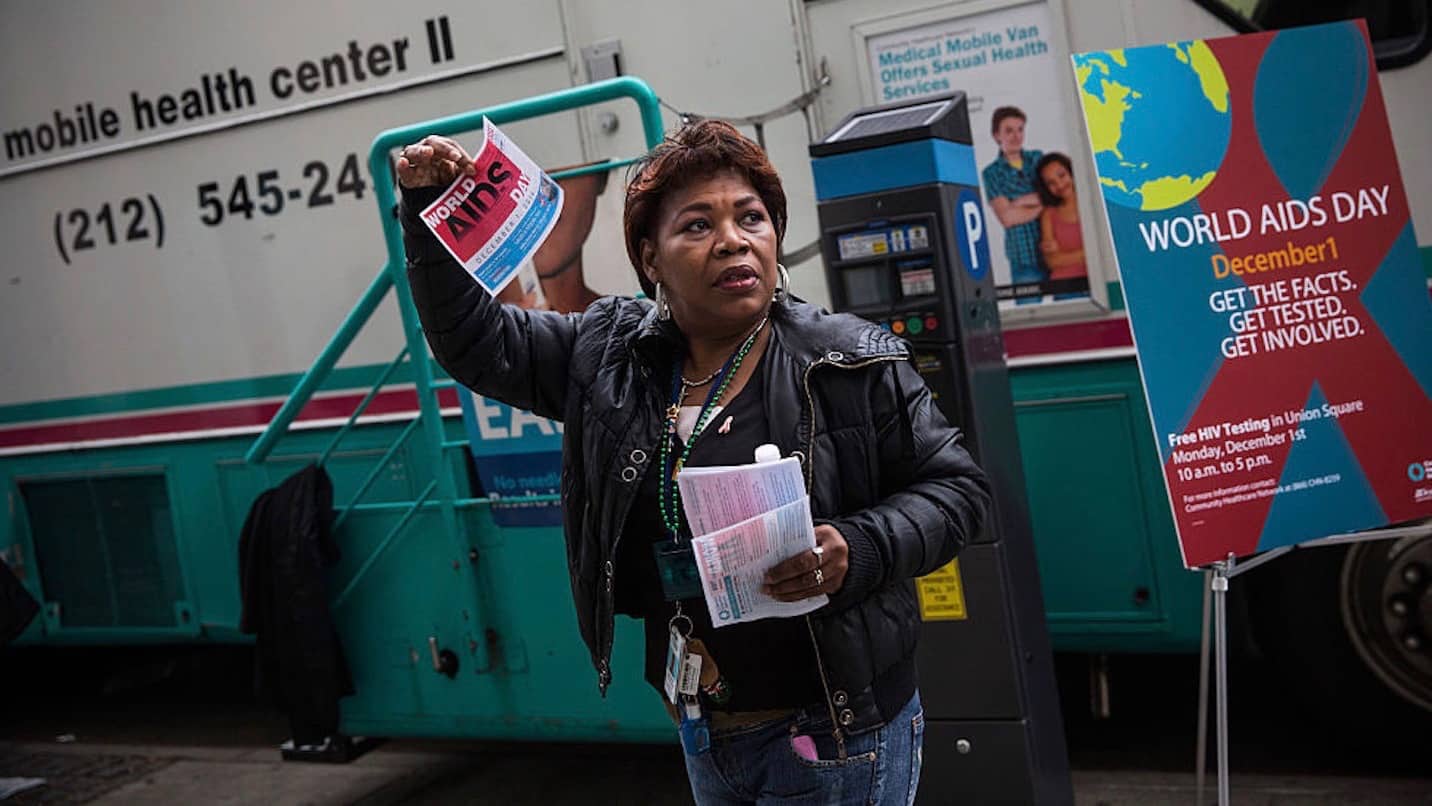 An HIV-positive patient has gone into long-term remission following a stem-cell treatment – marking only the second time in a decade that the disease has been beaten.

Reported in the journal Nature, the patient has been in remission for 18 months, but lead researcher Ravindra Gupta of Cambridge University in the UK and colleagues caution against interpreting the result as a cure.

The patient, who had advanced Hodgkin’s lymphoma, received a stem cells from a donor who carries a known HIV-resistant mutation. After 16 months, anti-retroviral therapy was stopped. And 18 months after that, HIV remained undetectable.

This is the second known instance of HIV remission, coming 10 years after the so-called “Berlin case”, in which a patient received an allogeneic haematopoietic stem-cell transplant. The cells were sourced from a donor who had a mutation in the CCR5 coreceptor – a protein on the surface of white blood cells involved in the immune system.

CCR5, which works with another receptor, CD4, is the protein that allows HIV to enter the cell.

“These findings demonstrate that the ‘Berlin patient’ was not an anomaly and provide further support for the development of approaches that target CCR5 as a strategy for HIV remission,” the researchers write.

In the decade since the Berlin patient went into long-term remission, at least four other attempts to introduce HIV resistance using mutated CCR5 stem cells have failed, the authors note.

Incidentally, Chinese geneticist He Jiankui, who scandalised the scientific community by claiming to have edited the genes of two babies born last year, reportedly edited the gene responsible for producing CCR5, in an attempt to make the babies HIV-resistant.

Worldwide, 37 million people are infected with HIV, a virus that attacks the body’s immune system.

A large number of patients are on antiretroviral drugs, but drug-resistance is an increasing problem, particularly in low and moderate economies.

Gupta and his team point out that their results came after “a less aggressive and toxic approach” than that used on the Berlin patient, who was also diagnosed with Hodgkin’s lymphoma.

It’s not yet clear why the Berlin patient and this new case were, to date, successful, but the researchers are optimistic that gene therapy holds the path to HIV treatment.

“In terms of a road map forward we speculate that CCR5 gene therapy strategies using stem cells could conceivably be a scalable approach to remission,” they write.