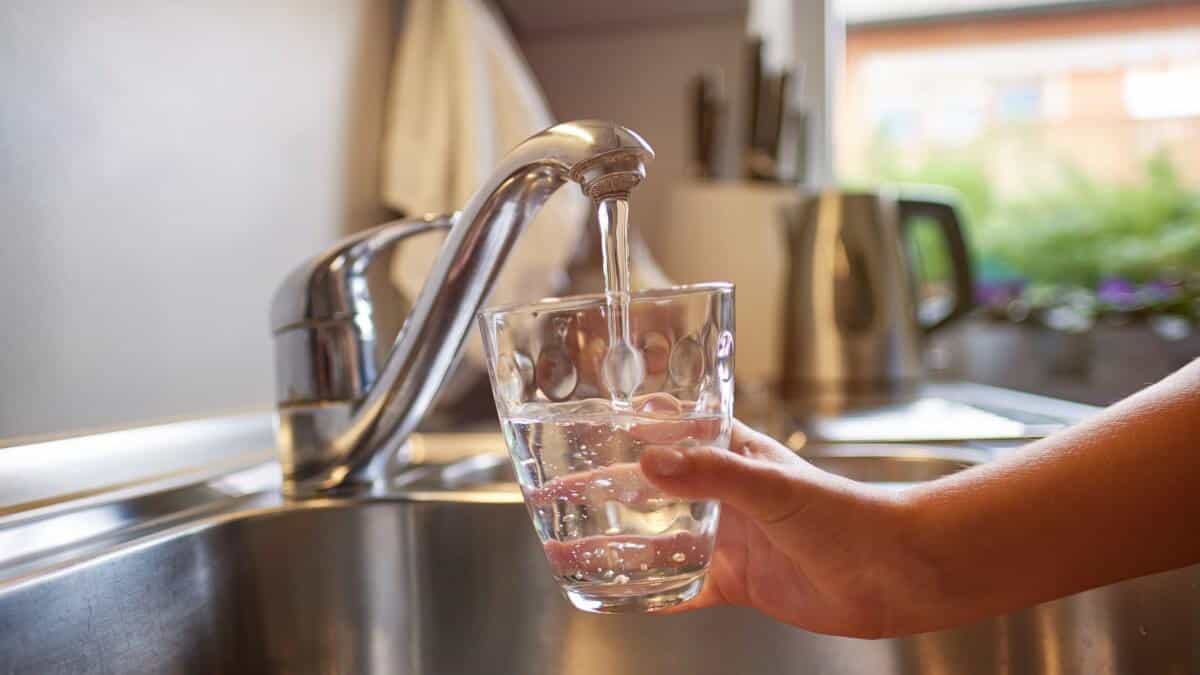 You drink it, you wash in it – but what exactly is in tapwater, and why does it taste the way it does? Cosmos investigates.

It’s hopefully not a surprise to learn that water (H2O) is the main ingredient in tapwater. In fact, by weight, in Australia, tapwater is at least 99.94% water. That number isn’t an homage to Don Bradman – it’s got more to do with human health and taste.

The Australian Drinking Water Guidelines, which were created in 2011, sets maximum limits for all the things that are commonly seen in tapwater.

According to the guidelines, any water with less than 600 milligrams of total dissolved solids per litre is good quality drinking water. This means it’s got an acceptable colour, taste, and a few other properties.

But, anything below 1,200 milligrams per litre (mg/L) is considered drinkable.

A milligram is a thousandth of a gram, meaning 600 milligrams is 0.6 grams. So in general, you’ve got a maximum of 0.6 grams of non-water per litre of tapwater – but it’s usually much lower than that.

What does “total dissolved solids” mean?

Water is an absolute expert at dissolving things. That’s actually one of the things that makes it so valuable for life.

Natural sources of water sometimes include dissolved minerals from soils and rocks, contaminants from agricultural run-off, and a lot of biological matter – including microbes and bacteria.

Water treatment removes many of these things, particularly living things. Our water supply is treated first with fine filtration, and then disinfected.

But that process doesn’t remove everything. Chemicals left behind include:

These compounds are present in maximum concentrations of a few dozen mg/L – so a fraction of a gram for each. Iron, lead and organic matter are all much lower, all weighing in well below 0.01mg/L. Water providers track these concentrations closely, just in case they get too high.

Calcium and magnesium carbonate salts are what makes water “hard”: it gives it a distinct taste, and destroys soap bubbles. You still get clean when washing in hard water, but soap doesn’t lather as much. These minerals come from rocks (especially limestone) so places that use groundwater will often have harder tapwater.

What do we add to tapwater?

The biggest addition is a disinfectant – usually chlorine.

Aesthetically, people tend to notice the smell of chlorine once it’s in concentrations above about 0.6mg/L – although some are even more sensitive to it. This is usually the upper limit that water providers stick to.

But you can drink water with higher concentrations of chlorine and be fine (think accidentally copping a mouthful in a swimming pool). The maximum amount of chlorine permitted for health reasons is 5mg/L.

The other thing added to tapwater has drawn controversy in the past: fluoride. Fluoride helps to strengthen teeth, and populations with fluoridated water also have lower instances of cavities. The exact amount of fluoride in your drinking water varies, but it’s usually somewhere between 0.5-1mg/L, with a maximum of 1.5mg/L.

It is true that fluoride is toxic in high amounts – but so is literally everything else you eat and drink. Water, for instance, can do a lot of damage if you drink just 10 litres in a couple of hours – it could even be fatal.

Fluoride is toxic in lower amounts than water: 4-5g in a short timeframe is enough to worry about.

But there’s a maximum of 1.5 milligrams, or 0.0015 grams, of fluoride allowed per litre of tapwater. This means that to ingest a dangerous amount of fluoride, you’d need to drink well over 1,000 litres of tapwater. Even if this were physically possible, the water poisoning itself would be lethal long before the fluoride became a problem.

If you’ve been spurning tapwater in favour of “purer” sources, you’ll be disappointed. Rainwater and spring water are both just as impure as tapwater – although the impurities are different.

While it doesn’t happen much naturally on the Earth’s surface, it is possible to purify water. A filtration process called reverse osmosis is particularly effective.

Reverse osmosis is used to desalinate water, as well as purify it for a number of research and industrial processes.

But it’s a bad idea to drink this extremely pure water. Because it’s got nothing else in it, pure water is free to dissolve other stuff in your body, meaning it can suck important minerals out of your cells.

According to a 2005 World Health Organisation report, there’s evidence that drinking super-pure, demineralised water leads to mineral deficiencies and other sicknesses.

This is why water desalination plants actually add minerals back into water once it’s been treated. Desalination purifies water so much that it becomes too pure to drink.

Originally published by Cosmos as Explainer: what’s in my tapwater, and why isn’t it pure?