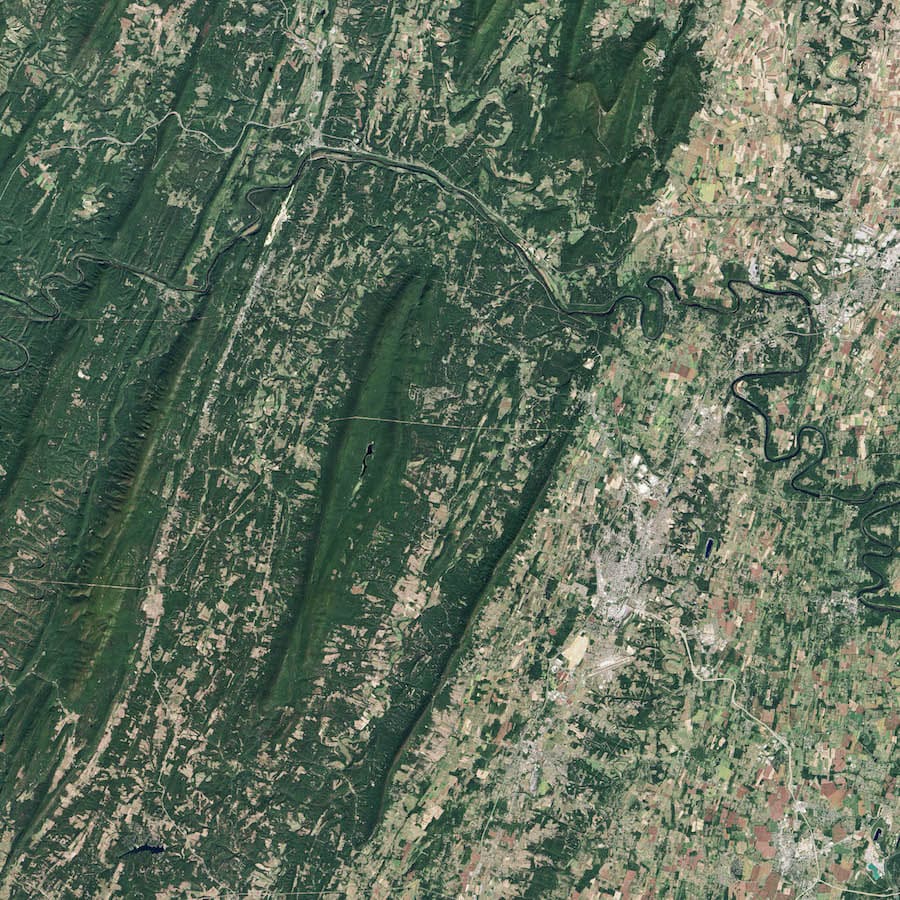 For 297 kilometres from Georgetown in Washington, DC, to Cumberland, Maryland, the Chesapeake & Ohio Canal generally follows along the north bank of the Potomac River. Constructed over a span of 22 years starting in 1828, the canal historically played an important role in transporting goods, primarily coal. The canal, towpath, and surviving system of locks and structures, are now a national historic park.

The Operational Land Imager (OLI) on Landsat 8 captured this image of the Potomac River and canal on 27 September 2016. The image shows the stretch between Hancock and Cumberland, Maryland – about 97 kilometres if you were to walk or cycle along the towpath between these two towns. West Virginia is south of the river.