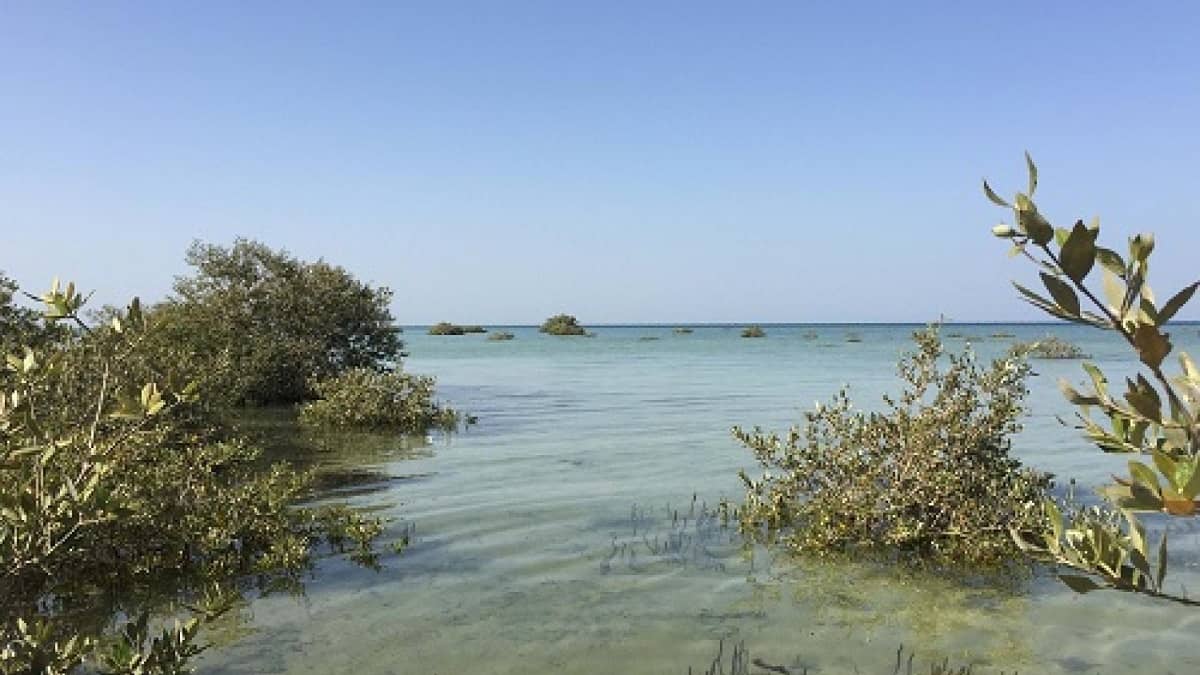 A new study highlights the heavy lifting marine ecosystems do in combatting environmental issues, finding that mangrove forests efficiently capture and store microplastics in their sediments.

An international team, led by King Abdullah University of Science and Technology (KAUST) in Saudi Arabia, collected nine core samples from mangrove forests in the Red Sea and Arabian Gulf, finding that their sediments had a higher plastic concentration than surface waters.

“Our research brings light to the mystery of missing marine plastic to reveal that mangroves, Blue Carbon habitats, are hugely efficient at trapping plastics and burying them in their soils where they cannot harm vulnerable marine life or human consumers,” says project supervisor Carlos Duarte.

The samples also revealed a pattern of plastic sedimentation that aligns closely with the history of the global production of plastics, the researchers note in a paper in the journal Science Advances.

“The burial of plastic in mangrove sediments has increased at a pace similar to the global plastic production, indicating that the plastic that was sequestered by mangrove sediments since the 1950s has persisted there for decades,” says lead author Cecilia Martin.

The research team – which brought together scientists from Saudi Arabia, the US, Spain and Australia – used radioactive isotopes that naturally occur in the environment, namely Pb-210, to model the rate at which the sediments accumulate in the seafloor.

“This allowed us to calculate the rate at which microplastics have been deposited in the sediments of the region, during the last decade,” says Pere Masque from Australia’s Edith Cowan University.

Previous studies have estimated that only 1% of the plastic that enters marine environments remains floating on the surface, raising the question of where the other 99% is.

Coastal ecosystems have previously been identified as an effective tool to reduce the impact of greenhouse gases through the sequestration of carbon. These ecosystems, including mangroves, seagrass meadows and tidal marshes, sequester the carbon at a much faster rate than forests.

However, mangroves are being cleared at a rate faster than tropical forests, meaning that much like the carbon that is locked away, microplastics can be re-released back into the environment.

The researchers also suggest that further studies are needed to investigate the long-term impacts that microplastic accumulation may have on benthic ecosystems.

“Blue carbon strategies to conserve and restore mangrove habitats are not only effective to mitigate and adapt to climate change but are also critically important to prevent the remobilisation of plastic litter accumulated in the sediments,” they write.