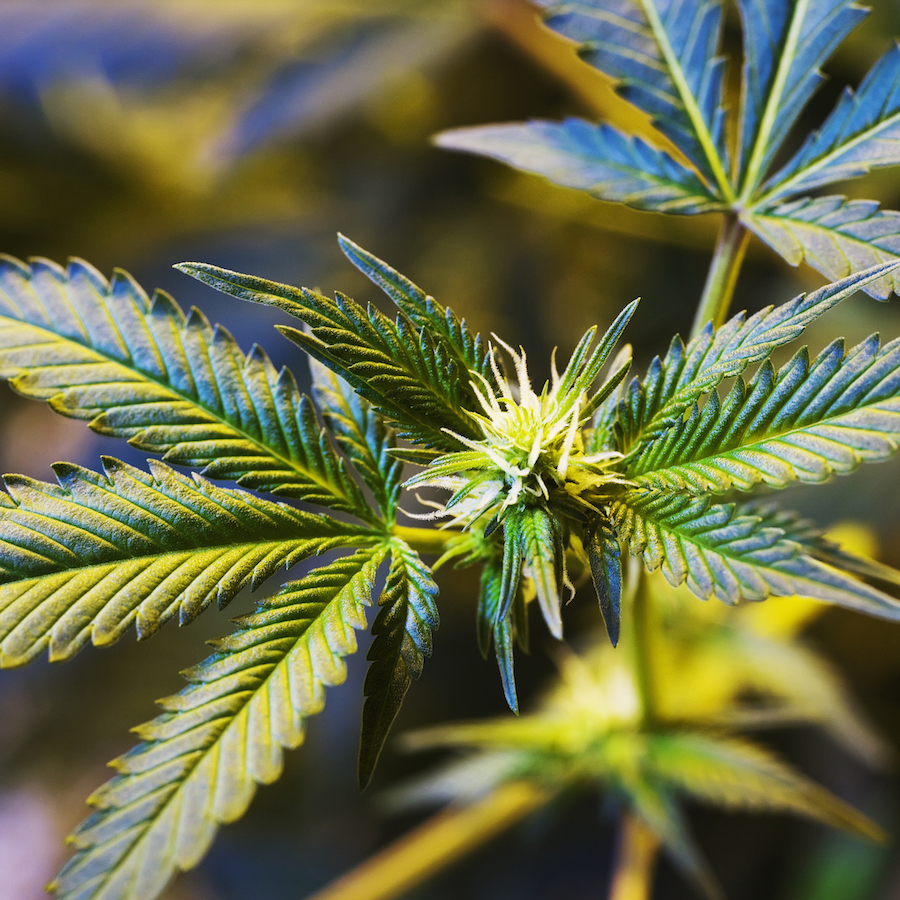 Humans have been smoking marijuana for thousands of years, but scientists haven’t yet nutted out the molecular nitty-gritty of its effects.

But thanks to biologists from the US and China, who determined the clearest picture yet of the human cannabinoid receptor CB1, we’re a step closer to unravelling the effects of natural and synthetic psychoactive compounds.

The receptor’s 3-D structure was published in Cell.

CB1 receptors are embedded in the surface of many nerve cells, with the highest concentrations in the brain. So it’s no surprise that small molecules that target and lock onto the CB1 receptor, inspired by cannabinoid compounds, have been used to treat conditions such as chronic pain and multiple sclerosis.

The downside is these molecules can also produce side effects such as depression and anxiety.

And while many studies have looked at the effects of different compounds docking to CB1, including THC, few have examined the receptor’s structural details.

Knowing the 3-D make-up of CB1 could help design drugs that provide medical benefits without unwanted side effects.

To find CB1’s structure, Tian Hua from ShanghaiTech University and colleagues used a technique called crystallography, which involves pummelling molecules with X-rays and recording the reflections.

The reflected patterns can give big clues to the atomic structure of complex molecules.

Before firing X-rays at the CB1 receptors, though, they had to be organised into a stable crystal formation.

The first arm grabs hold tight while the second are extends into a long channel in the receptor. The third arm pushes on two of the seven helices, causing them to bend outwards.

To do this, Hua and crew added a protein called AM6538 to the receptor. Not only did it cling to and stabilise the molecule, it triggered crystal formation. It’s also what’s called an antagonist, meaning it inhibits the receptor’s actions, so the researchers were able to see what CB1 looked like in its non-active state.

“The crystal structure of CB1 in complex with AM6538 reveals an expansive and complicated binding pocket network consisting of multiple sub-pockets and channels to various regions of the receptor,” they write.

Essentially, CB1 contains seven helices that travel through the nerve cell membrane, with three loops outside the cell and three loops inside.

Antagonists tend to have three arms, the researchers write, and these are all needed to bind to and modulate the CB1 receptor.

The first arm grabs hold tight while the second are extends into a long channel in the receptor. The third arm pushes on two of the seven helices, causing them to bend outwards. This deformation probably affects the receptor’s actions.

Agonists – compounds that activate the receptor, such as tetrahydrocannabinol or THC, the psychoactive chemical found in Cannabis sativa – also mainly interacted with specific areas of the receptor. Knowing how agonists work will help chemists find ways to combat side effects of synthetic marijuana, such as Spice or K2.

Chemicals sprayed on dried leaves aim to replicate the high associated with THC – but can send people to hospital with anxiety and seizures, and acting violently.

“We need to understand how marijuana works in our bodies; it can have both therapeutic potential and recreational use, but cannabinoids can also be very dangerous,” says study co-author Zhi-jie Liu, also from ShanghaiTech University.

“By doing both the basic science and understanding how this receptor works, we can then use it to help people in the future.”