Home ■ Technology ■ Why lithium-ion batteries are prone to exploding 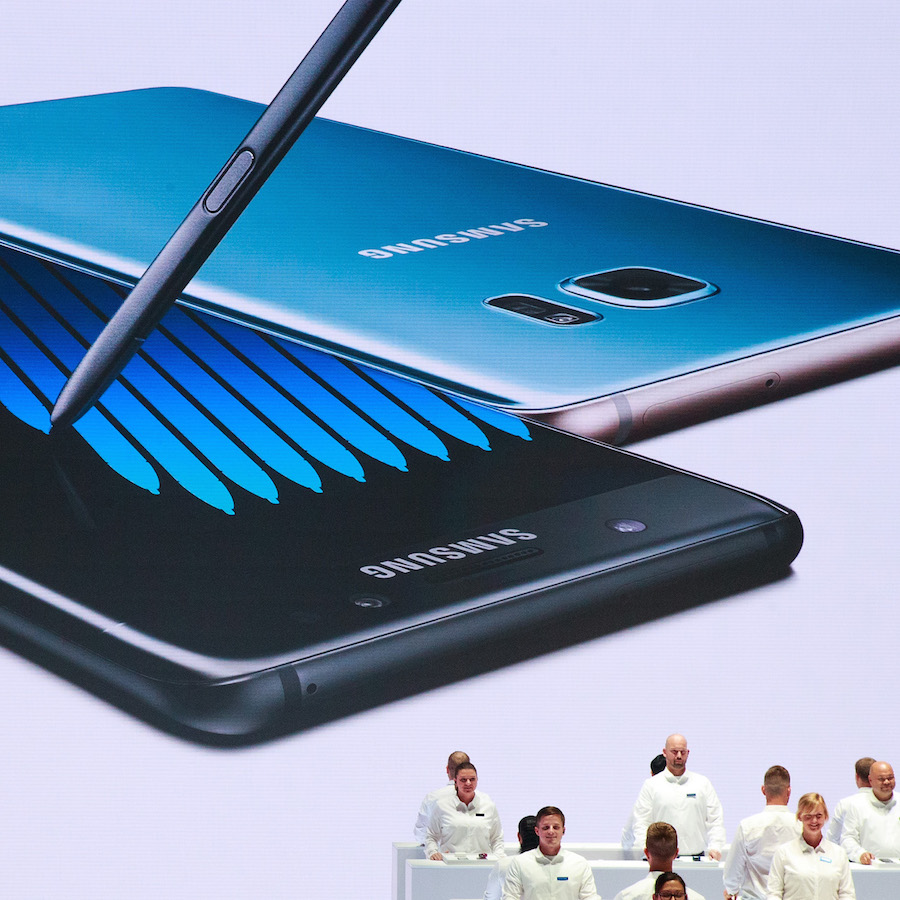 On 5 October 2016, a Baltimore-bound Southwest Airlines flight was evacuated at its departure gate at Louisville airport in Kentucky. The reason: a Samsung Galaxy Note 7 smartphone that caught fire, thanks to its lithium-ion battery overheating.

This is not an isolated incident, with more than 90 reports in the US alone of these devices catching fire while charging or being used, prompting a global recall.

Samsung phones are not the only devices at risk. Theoretically, any device containing a lithium-ion battery can suffer the same fate. Some postal services list these batteries as a dangerous or prohibited item, refusing to airfreight lithium-ion-powered devices such as laptops and “hoverboards”.

So why have lithium-ion batteries – in particular, those powering Samsung Note 7s – been exploding with no warning?

Batteries can store large amounts of energy in a very compact space, but they’re very delicate. Their energy currency exists in the form of electrons, negatively charged sub-atomic particles.

Put very simply, when a battery is charging, electrons are pushed from the positive terminal, called the cathode, to the negative – the anode.

When it discharges, those electrons, attracted to the positively charged cathode, flow back the other was and release energy.

A bit more goes on in a lithium-ion battery. During charging, electrons shimmy from the cathode to anode via an external wire.

But at the same time, lithium ions – which are positively charged – also make the journey between the two. They do this via an electrolyte between the terminals which is cleaved by a membrane that only lets lithium ions through.

When the battery discharges, electrons flow from the anode to the cathode – providing power – while the lithium ions also traverse the membrane to the cathode.

Lithium is a very reactive element, with loads of energy in its atomic bonds.

This means lithium-ion batteries can store around six times more energy than a lead-acid battery of the same size – so are fantastic for portable devices that need a lot of power.

But this reactivity can also be the battery’s undoing. The membrane prevents the battery from short-circuiting. If it’s punctured, the battery heats quickly and can catch fire.

It is believed the Samsung Note 7 may be exploding due to this membrane being breached. Exactly why this is happening has not been confirmed, but there are two leading theories.

The first is that the company tried to cram too much in their Note 7. By squeezing all of the constituent parts of the battery into the tightest space possible, and bringing the positive and negatively charged terminal very close together, they may have increased the likelihood of a short-circuit.

And in some cases, a device may over-charge its battery as it fights to fill, what it thinks, is an empty one. Heat builds up, leading to lithium boiling and subsequent explosion.

Overcharging can also lead to sharp filaments of lithium on the terminals that can puncture the delicate membrane, leading to a short-circuit.