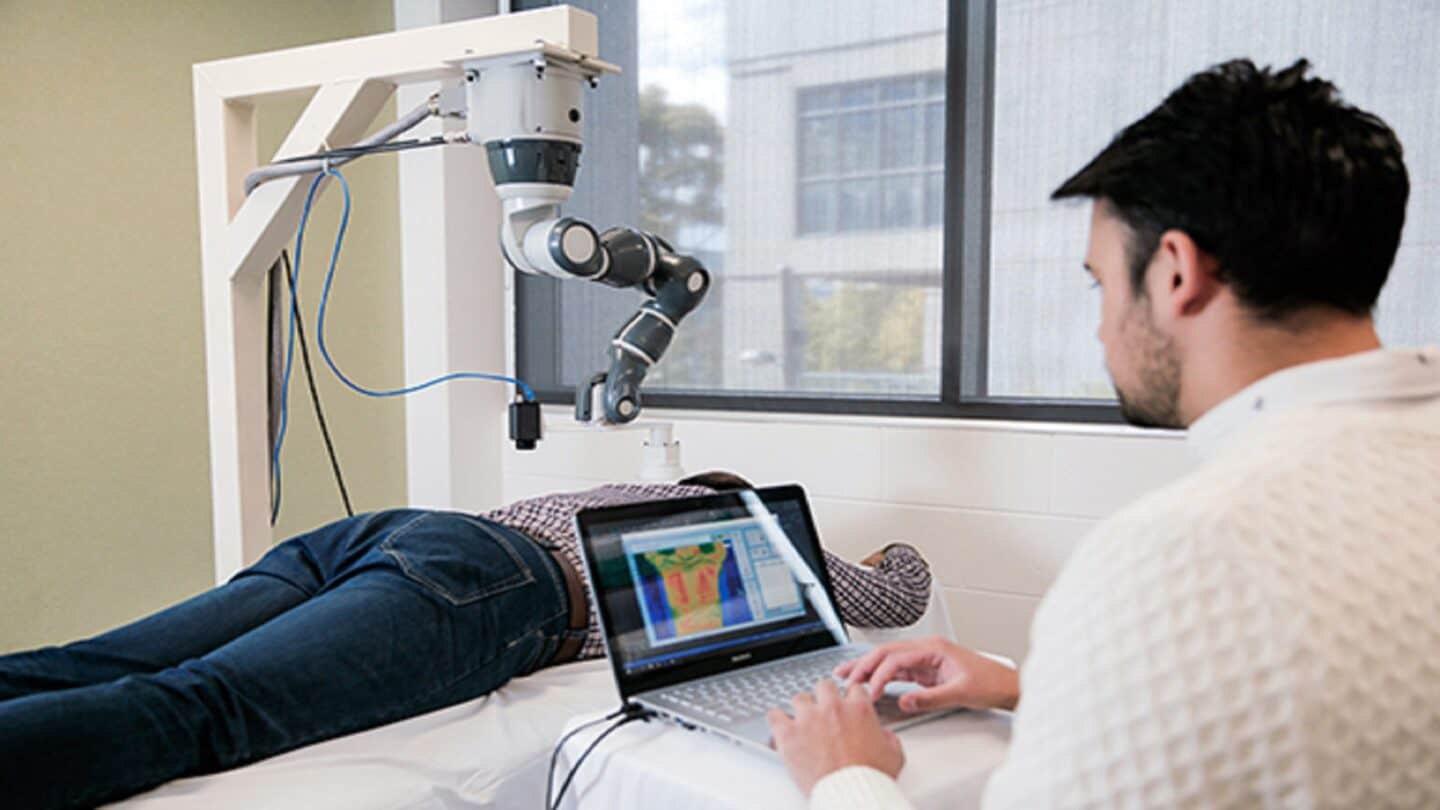 Researchers have developed a robot system which combines thermal cameras and lasers to examine and then treat back, neck and head pain caused by soft tissue injury.

The robots, developed by a team at Swinburne University are a fully working prototype that automates photobiomodulation (PBM) therapy.

This therapy involves applying low-level lasers or light emitting diodes (LED) to the surface of the body to stimulate and heal soft tissue.

Lead researcher Mats Isaksson from Swinburne University says that by using an analysis of the patient by a thermal camera, the system can then use a collaborative robot to apply targeted laser therapy to identified pain ‘hot spots’.

“Using the same technology used in cricket to show whether the ball has made contact with the bat, a thermal camera scans the patient and locates injuries and inflammation by identifying hot spots in a thermal image.”

“The location of the hot spot is then sent to the collaborative robot that moves a low-level infrared laser into contact with the patient to perform treatment,” he says.

This new study has been backed by other researchers, who point out the positives of PBM.

Robots collaborating with, not replacing people

Isaksson also adds that the robots are designed to work harmoniously with people.

“Unlike conventional industrial robots that operate in a cage, collaborative robots are designed to work alongside people.”

“They are power and speed limited so they can collide with people without causing harm,” he says.