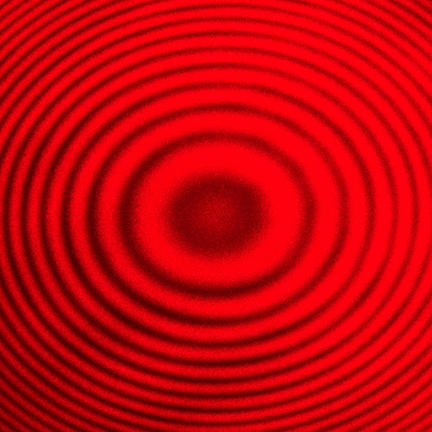 Whether it is a SWAT team edging its way toward a hostage situation or a car about to be T-boned as it pulls out of a side street – sometimes it helps to know what’s around the corner.

Thanks to Geneviève Gariépy and her colleagues at Heriot-Watt University in Edinburgh, the technology is edging closer. They reported their technique of bouncing pulses of light around corners and capturing the “splash-back” to see what’s lurking in Nature Photonics in December.

“I can’t imagine the military not being interested in this,” says Martijn de Sterke, a physicist at the University of Sydney. “If you could do this in a compact device and track somebody around the corner in a combat situation – that would be very useful.”

The Gariépy project began when the team borrowed a “single-photon avalanche diode” camera from electronic engineers at Edinburgh University, who had developed it for making images of molecules inside cells.

The camera was designed to capture tiny light signals reflected back from nano-sized molecules. To do this it has to be fast – it captures 20 billion frames per second.

“We asked ourselves ‘What would be cool to do with that?’,” says Gariépy.

She and her colleagues found an answer to that question when they teamed the camera with an infrared laser that fires 67 million pulses a second.

They shone the pulsing laser at the floor beyond the edge of a corner, and used the camera to capture the light after it had hit the ground, bounced off a 30-centimetre-tall mannequin called Terry, and back around the corner.

The high-speed camera captured the light reflected from each laser pulse. Algorithms then recombined the billions of shots into an image. Information from the laser pulses was simpler to interpret than the complex interference patterns that would have been created by a continuous laser beam.

Laser-camera setups have been used to detect objects around corners before, but previous cameras were slow, taking minutes or even hours. This meant the technology was useless for moving objects.

By capturing the reflected laser in only three seconds, Gariépy and her colleagues can locate Terry to within a centimetre, and any movement up to speeds of a few centimetres per second.

That’s still too slow to capture someone moving even at walking pace — typically measured in metres per second. And at this stage stationary Terry only shows up as a spot on a screen. But the University of Edinburgh team is planning to modify the camera, so that it is faster, and captures a larger slice of the splash back. Combined with the right software, this will make it possible to discern how many objects are present, their shape and even human movement, says Gariépy.

The eventual aim is to develop the device for road safety applications. Meanwhile, the Gariépy team has joined forces with an electronics system company – they are not ready to disclose names – to develop it for military use. “We’re working hard to bring [the technology] to a more advanced stage as fast as we can,” Gariépy says.