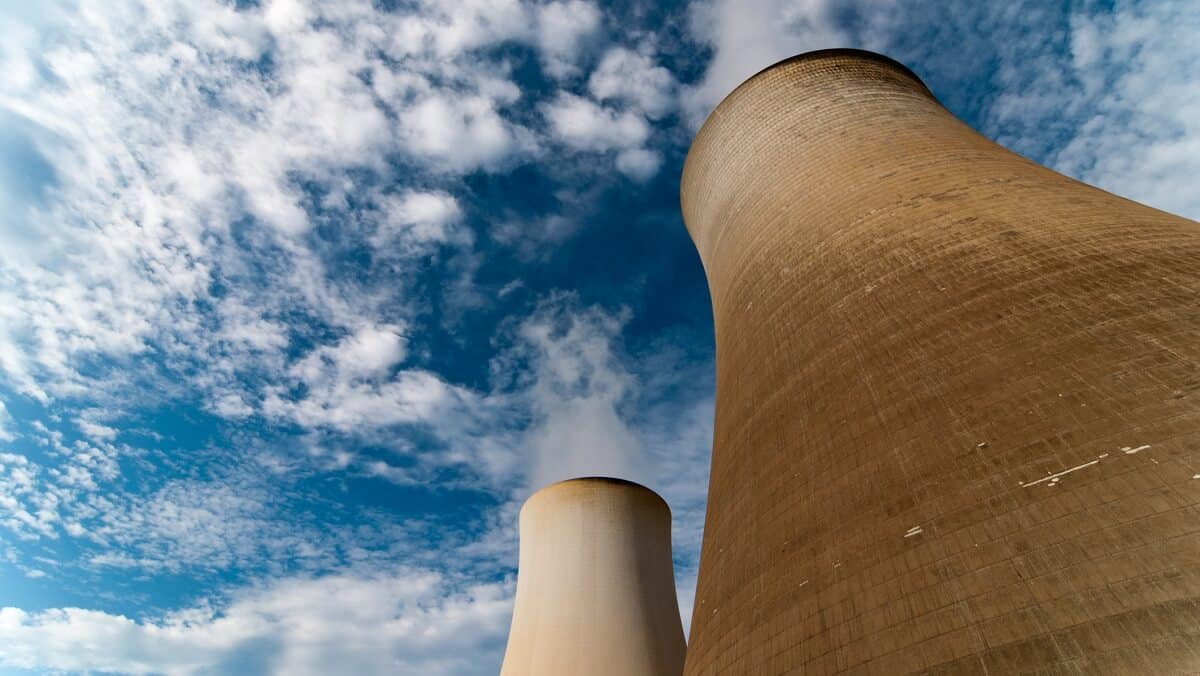 Two weeks ago, Australia and the US announced a deal for the funding of a fleet of new nuclear-powered attack submarines for patrolling the Indo-Pacific, all part of the new AUKUS defence pact that has caused diplomatic havoc in Europe and beyond.

The announcement reignited the age-old debate between the pro- and anti-nuclear energy lobbies in Australia.

On one reading, it’s a moot trial.

It’s currently illegal to build or operate a nuclear power reactor: the only nuclear reactor in Australia is ANSTO’s OPAL reactor, which is used purely for research purposes, to create nuclear medicine.

The debate is fraught in Australia for a range of complex reasons, not least that while some see it as a solution to the climate crisis, others see it as a recipe for environmental disaster, or simply an expensive distraction from more effective renewable-energy methods.

Many of the concerns that swirl around nuclear power – and nuclear-powered subs in particular – concern the supply chain. Where will the enriched uranium required to power the subs come from? And what will we do with the nuclear waste?

According to Andrew Stuchbery, a professor of nuclear physics at the Australian National University (ANU), most of the uranium dug out of the ground is not “fissile”, meaning it cannot undergo nuclear fission.

“For typical power reactors, you enrich the U235 content to about 5%, which is the definition of low-enriched uranium, and high enriched uranium is around about 20%.”

Enrichment, put simply, involves filtering out some of the U238 to make the ‘mixture’ slightly more abundant in U235, making it suitable fuel for nuclear power. As Stuchbery explains, the uranium needs to be in a gaseous form so that the U235 and U238 atoms can be separated from one another. To do this, the uranium is converted into uranium hexafluoride.

Then, the gas is fed into a centrifuge, where it is separated into two streams – one enriched with U235, and the other consisting of ‘tails’ with a lower concentration of U235, known as “depleted uranium”.

While uranium is mined in Australia, we don’t currently have the centrifuge technology required to enrich it.

As Professor Ian Lowe, an energy expert at Griffith University, explains: “If Australia were to decide to use nuclear power, we’d have to think about how we would provide the services of enriching uranium and fuel fabrication.

“If we didn’t enrich our uranium ore, we’d have to negotiate with somewhere overseas to ship the yellowcake [a type of uranium concentrate powder created in the processing of uranium ores], get the enrichment done, get the fuel fabrication and then get the fuel rods brought back to Australia.

“So quite complicated international negotiations would have to be done within the framework of the non-proliferation treaty, which sets boundaries on the level of enrichment that’s available.”

The storage and disposal of nuclear waste

Nuclear reactors produce waste that is dangerously radioactive, though it’s not produced in massive volumes: it’s been said that all 88,000 tons (about 80,000 tonnes) or so of waste ever produced by reactors in the US could fit onto a single football field stacked 24 feet high.

But a major problem is how to store this spent fuel somewhere where it can’t leak into ecosystems and cause irreversible harm until its half-life is spent – which can range from seconds to thousands of years.

Stuchbery says the shorter half-life waste is the most radioactive but the easiest to deal with, because its radiation levels drop quite quickly. With this type of waste, it is critical to keep it cool – Stuchbery says that a failure to keep this type of spent waste cool caused the 2011 Fukushima disaster.

Once it’s cooled sufficiently, Stuchbery says there are various options.

But Stuchbery says this introduces problems, because this reprocessing involves the same chemical processes associated with extracting weapons-grade plutonium from radiated uranium in a reactor, so countries like the US have a policy of avoiding reprocessing and going straight to disposal.

Moreover, Stuchbery says the incentive for reprocessing is not high because uranium is so abundant in the Earth’s crust.

The other option, then, is to simply store the spent fuel for as long as it remains radioactive, which could be minutes or millennia.

“In most commercial power plants, a lot of the fuel is still just stored on site at the power plant, because we haven’t got that far in the US or Australia into actually having a designated storage facility for nuclear waste,” Stuchbery says. “It’s good technology to do, but getting the public licence is the impediment.”

Stuchbery says other countries, such as Scandinavian nations, are well advanced in the storage of their nuclear waste, where it’s disposed of deep in the ground, protected by kilometres of rock. But getting a public mandate to build such a facility in Australia, a notoriously anti-nuclear country, would be difficult.

“People work on this technology all the time, but because it’s nuclear technology it requires social licence,” he says. “So, what ultimately happens won’t just be down to engineering.”

“In Australia, we spent 20 years trying to get agreement for a national site to store low-level radioactive waste,” he says. “And we’re still wrestling with the issue of finding a community, so I’m not at all optimistic that we would easily find a way of managing the radioactive waste if we had nuclear power stations.”

How do other countries handle this?

In this week’s Cosmos Weekly, Jamie Seidel looks at the case for and against nuclear in Australia as articulated by two Australian experts.

We decided to talk to an international expert from a country where there is an existing nuclear-power industry to get an insight into why other countries use nuclear power.

Professor Martin Freer is a nuclear physicist at the University of Birmingham, UK, who has helped inform the UK’s energy policy. Freer says that most of the UK’s nuclear reactors were built in the 1970s, so the idea of nuclear power has had time to crystallise in the public consciousness and become accepted – at least by some.

“At the moment, there’s no major angst [in the UK] around nuclear power as a technology; I think the major angst is the economics of it,” Freer says. “The major discussion going on in the UK is: is nuclear just too expensive compared to other ways of generating electricity?”

“It’s not just the cost of a wind power station or a wind farm, you’ve got to think about the fact that wind and solar are intermittent, you’ve got to cost in the power generation you need when the wind isn’t blowing or the sun isn’t shining,” he says. “The way that we manage that variability at present in the UK is through gas power, so we have gas power stations that can be flexed on and off.”

Freer says these gas power stations are then left idle, so the cost of electricity is higher. He sees nuclear, by contrast, as a solution to the looming threat of climate change and the imperative to wean off fossil fuels.

“Using gas as a backup is an expensive solution. So, anybody who is constructing an energy system needs to think not just that we need to reach net zero, but how do we manage that energy system so that it’s reliable? And that means one needs energy storage but also reliable baseload generation.

“In the UK context, you would need something like 40% energy baseload, and nuclear could do that.”

But the UK still has its own supply-chain issues. According to Freer, the nation used to reprocess its fuel but that was phased out when it was no longer seen as economically viable. Now, the UK stores its nuclear waste in canisters at temporary storage facilities.

“The UK is going through the process of finding a site for a geological storage facility,” Freer says. “So this would be deep underground, you put the waste canisters in a secure way in the facility, and you don’t have to worry about it anymore as long as you’ve understood the geology well enough and so you know how stable that radioactive fuel will be over a period of tens of thousands of years.”

According to Freer, communities have been invited to bid for a chance to host this facility in their backyard – a process practically unimaginable in Australia.

So, does Freer think Australia will ever shift towards nuclear power?

“The irony, of course, is Australia has quite a lot of uranium, so it is very much part of the nuclear fuel cycle, so you benefit from the nuclear power sector economically. But there is an extraordinarily strong political lobby around coal.

“For me, the big challenge that Australia faces is: how do you break the stranglehold the coal sector has on politics?”

Originally published by Cosmos as Nuclear power in Australia: is it a good idea?