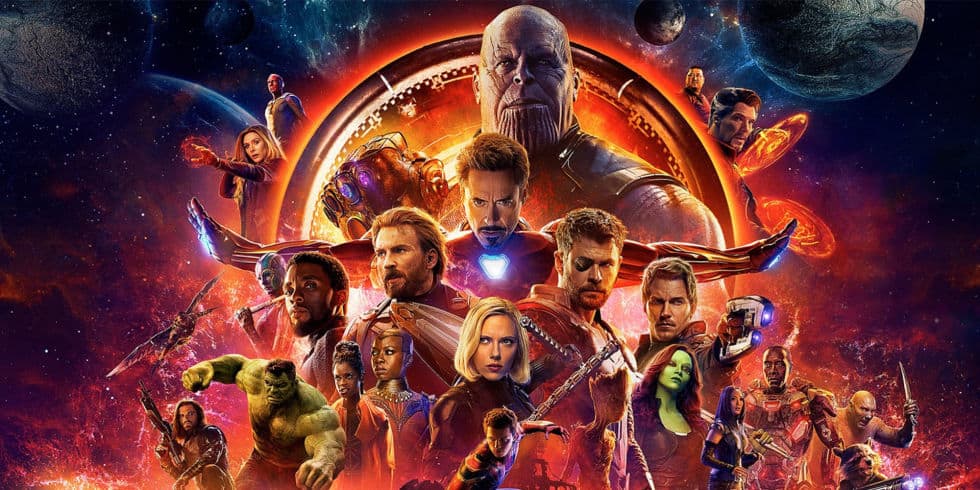 Warning: this article contains spoilers for the movie.

What if movie scripts were subjected to the same peer-review process as a scientific manuscript? Peer-review for a scientific paper involves a journal editor sending your manuscript to two or three expert reviewers for feedback. As most scientists are acutely aware, their work is often perceived differently through different lenses. Let it serve as a scicomm reminder that no matter how carefully you communicate your work, beauty is always in the eye of the beholder.{%recommended 6892%}

This ponderous script continues a never-ending storyline that has dragged on for many years now. Despite its girth, the script constitutes merely an incremental gain in terms of storytelling: you could say it goes “Knowhere.” While there are dazzling special effects, there is nothing special about the story. Frustratingly, the conclusion leaves the audience with more questions than answers, a transparent ploy to help raise additional funds to support yet another script. Additional concerns are listed below that need to be addressed to make this acceptable for publication.

1) Thanos does not appear to be aware that the Malthusian Theory of Population has been debunked (it does not take into account how advances in technology offset expansions in population). Thus, his justification to vanquish 50% of life from the Universe is deeply flawed.

2) If the Infinity Stones grant the power to eliminate life with the snap of the fingers, why didn’t Thanos use this power to expand the available resources in the Universe to accommodate the growing population?

3) The disappearance of matter without the creation of energy is not consistent with the laws of thermodynamics.

4) There is no algorithm presented in the Methods that describes the selection process for who gets to live or die. To make this a random process is not only intellectually lazy, but it also contradicts Thanos’s claim that his motivations are benevolent. What about worlds or ecosystems that have already achieved the balance he hopes to create; would these still be subject to his plan? Is it merciful to extinguish members of endangered species? What if random chance eliminates Bob Dylans and leaves us with Justin Biebers?

5) I find it incredulous that the Hulk can “choose” to refrain from appearing when Bruce Banner gets angry. The Hulk is not a separate entity dwelling within Banner, but rather a stress response that arises due to Banner’s mutated DNA. Anger should incontrovertibly trigger the Hulk stress response.

6) Given her knowledge of the location of the Soul Stone, it is illogical for Gamora to risk going to Knowhere rather than to Nidavellir.

7) The Avengers had multiple opportunities to kill Thanos, and it is disquieting to watch them make so many stupid mistakes. First, just as his superhero colleagues were about to pull the Infinity Gauntlet off Thanos’s hand, Star-Lord arrives and sabotages their effort because he couldn’t control his temper. Second, if it is so hard to pull the Infinity Gauntlet off Thanos’s hand, then why didn’t the Avengers just cut off his arm? And why indeed didn’t Thor aim for Thanos’s head instead of his chest when attacking him with his new axe?

1) The Introduction needs significant revision. The authors just throw us right into the story without any context; they should not assume everyone has seen all of the previous films leading up to this one.

2) The authors seem to have completely forgotten that Hawkeye and Valkyrie exist.

3) The authors should do to this script what Thanos proposed to do to life in the Universe: reduce it by 50%. For example, the drawn-out visit to the Dwarf King Eitri to make Thor’s axe should be (ahem) cut.

4) Was that Tobias Fünke from Arrested Development in the background when the Guardians of the Galaxy visit the Collector?

5) The origin of the Infinity Gauntlet and how Thanos came to acquire it is unclear and contradicts earlier accounts in previously published scripts.

It is not easy to draft a script that pulls from dozens of others written over many years, but the authors have done an admirable job. The script is packed with exciting scenes that lead to a climax that, like any good script, leaves us with more questions than answers. It is hard to describe the thrill of seeing all these characters band together to fight the greatest threat the Universe has ever seen. It is also refreshing to learn that even superheroes make mistakes sometimes. The tale is long, but acceptable; the time flies because we’re having so much fun.

I do, however, have to take issue with the comment regarding the 1984 film, Footloose. It is indeed the greatest movie in history. Other than that, I recommend publication.

It took me nine weeks to finally submit my critique, but I am against the publication of this script. I feel that the end results are highly misleading, and I won’t be surprised if some (or all) of them are retracted in a couple years.

Bill Sullivan is Showater Professor of Pharmacology and Toxicology at the Indiana University School of Medicine, in the US. This article was originally published on PLOS Blogs.

Originally published by Cosmos as What if ‘Avengers: Infinity War’ was peer-reviewed?