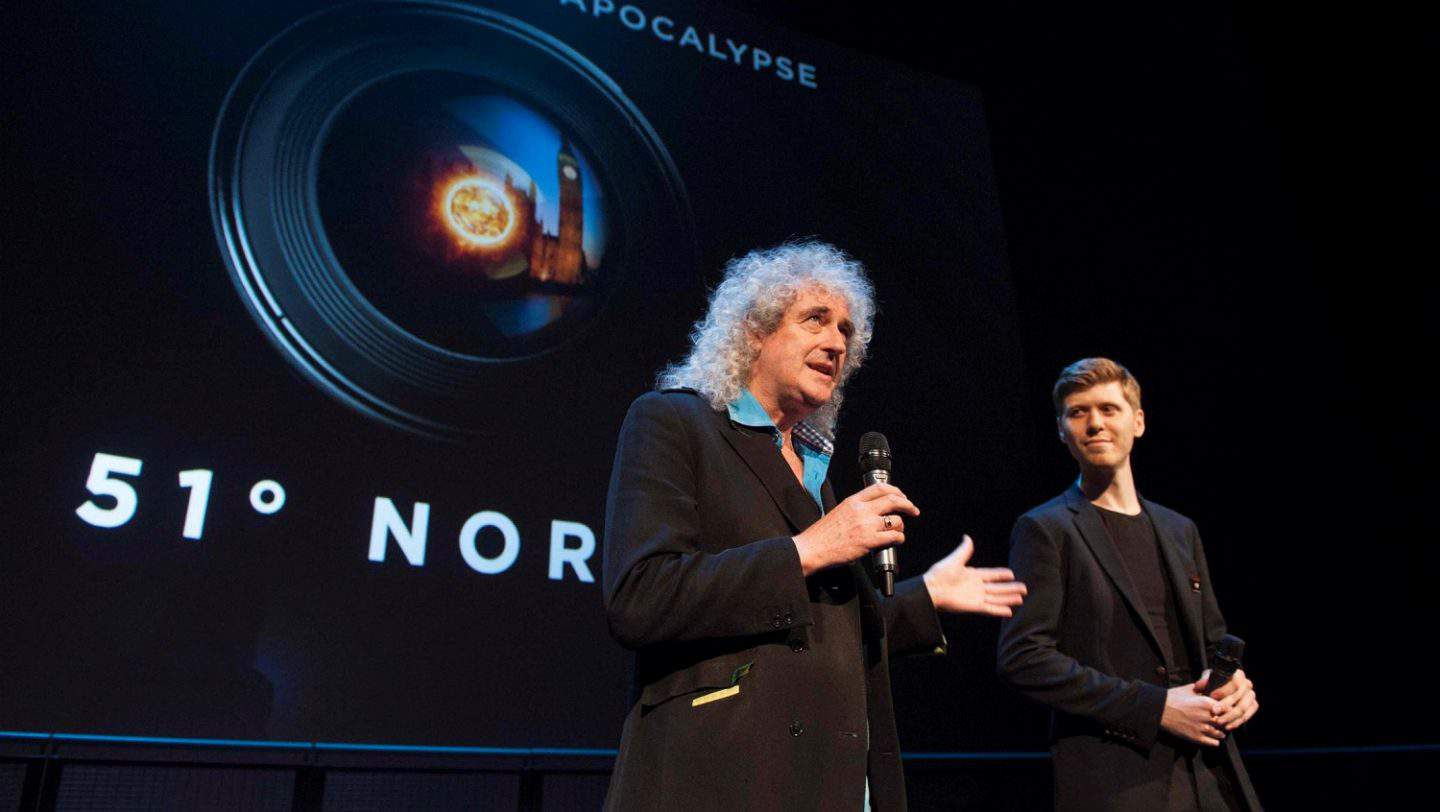 Queen’s Brian May on stage in London in 2015, without guitar. The astrophysicist turned rock star is a co-founder of Asteroid Day. Credit: Asteroid Day

Any dinosaurs left on earth might not share our enthusiasm, but on 30 June we will celebrate international Asteroid Day.

Scientists, scholars, astrophysicists, engineers, students and academics will gather in 192 countries to be part of the official United Nations’ day of awareness and education about these rocky objects that orbit the sun and occasionally change the course of our planet’s history.

Why 30 June? It’s to commemorate the day the Earth didn’t quite dodge a bullet. Or maybe it did – a bullet “producing a fireball and releasing energy equivalent to about 185 Hiroshima bombs”, as NASA describes it.

On that day back 1908, at about seven in the morning, an asteroid hurtled into the Earth’s atmosphere above the Siberian outback near the Podkamennaya Tunguska River. Scientists are still talking about what has become renowned as the Tunguska event.

According to NASA’s Don Yeomans, the agency’s former manager of the Near-Earth Object Office at the Jet Propulsion Laboratory: “If you want to start a conversation with anyone in the asteroid business, all you have to say is Tunguska. It is the only entry of a large meteoroid we have in the modern era with first-hand accounts.”

This year’s events will focus on the role of asteroids in the formation of our solar system and advances in technology to better detect, track and analyse them. And we will review our ability to deflect a rogue asteroid headed towards Earth.

If that all sounds rather dry, it’s worth noting that Asteroid Day was co-founded in 2014 by Dr Brian May, astrophysicist, also known as Brian May, guitarist for the rock icons Queen, and that one of its principal sponsors is a brand of boutique vodka.

Asteroid Day is a program of Asteroid Foundation, a Luxembourg non-profit organisation.

A new 2019 feature is Asteroid Day TV, providing dedicated on-air programming about space and asteroids. It’s a pre-programmed five-day broadcast that begins on 27 June at noon Central European Summer Time and features content from 2018 Asteroid Day along with original material from partners.

Events are organised year-round, but most are scheduled on or leading up to 30 June.

Here are few events to start you thinking about asteroids.

28-30 June: Asteroid Day at the Greek Meteorite Museum. Greek scientists and astronomers will discuss the potential danger from an asteroid impact event on our planet, and also the future of asteroid mining.

29 June: Second annual Space Rocks! Presentations, discussions and a showing of the film Incoming! narrated by George Takei of Star Trek fame. At the Fernbank Science Centre, Atlanta, US.

30 June: Over the Sky of Isnello. Observations of the sky with 10 telescopes and the GRT-galhassin robotic telescope, a 40cm wide-field telescope, to search for asteroids. At GAL Hassin-Center for International Sciences, in Isnello, Sicily.

30 June: Building blocks of life, at the Natural History Museum, Vienna, Austria. Celebrating the 50th anniversary of the first human steps on the moon, and the 50th anniversaries of the observed spectacular meteorite falls of Allende and Murchison. Invited talks by specialists and a drawing contest for children.

Originally published by Cosmos as We will rock you: we’re ready for Asteroid Day