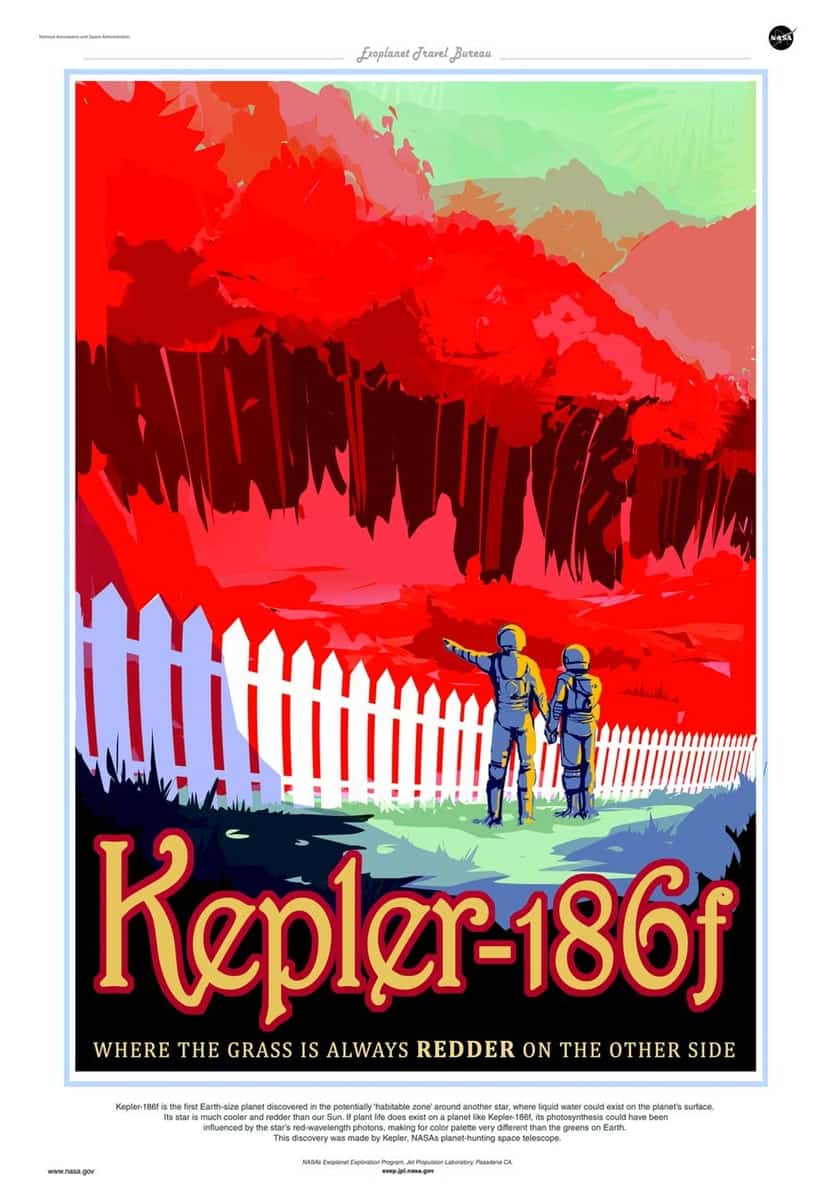 NASA’s Kepler telescope continues to identify planets that might support life elsewhere in the Universe. These worlds might appear to be somewhat abstract to the non-astronomers amongst us, so NASA’s Jet Propulsion Laboratory has attempted to make them more memorable by creating a series of vintage posters emphasising some of their weirder characteristics.

Kepler-186f for instance, was discovered last April. It is 500 light years from the Earth and slightly larger in size.  A red dwarf star is nearby, which has influenced the artwork above.

Kepler-16b orbits a pair of giant stars. The NASA artist has depicted it as a rocky world, but it might also be a gas giant, like Saturn.

HD 40307g is eight times the size of the Earth and is situated 89.8 million kilometres from its Sun. It was discovered by astronomers using the HARPS (High Accuracy Radial velocity Planet Searcher) spectrograph at the European Southern Observatory. It is 42 light years away in the southern constellation Pictor. A super Earth is a term used to describe a planet larger than our own Earth, but smaller than a gas giant.