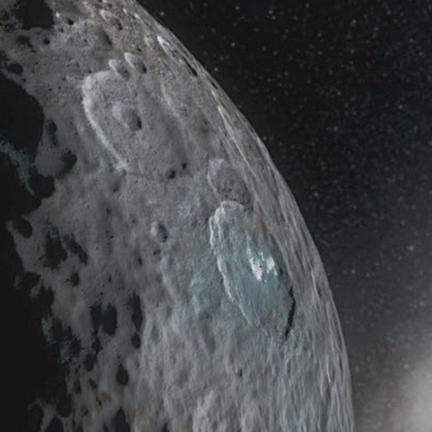 Space agency NASA has released an animation of a simulated flight over the surface of dwarf planet Ceres.

The video is based on images from the Dawn spacecraft.

The movie shows Ceres in enhanced colour – areas with shades of blue are believed to contain younger, fresher material.

The video also focuses on the most prominent craters, such as Occator.

“The simulated overflight shows the wide range of crater shapes that we have encountered on Ceres,” says said Ralf Jaumann, a Dawn mission scientist.

“The viewer can observe the sheer walls of the crater Occator, and also Dantu and Yalode, where the craters are a lot flatter."

Ceres is the largest object in the main asteroid belt between Mars and Jupiter. Dawn, the first spacecraft to travel there, is currently in its final and lowest mapping orbit, at about 385 kilometres.