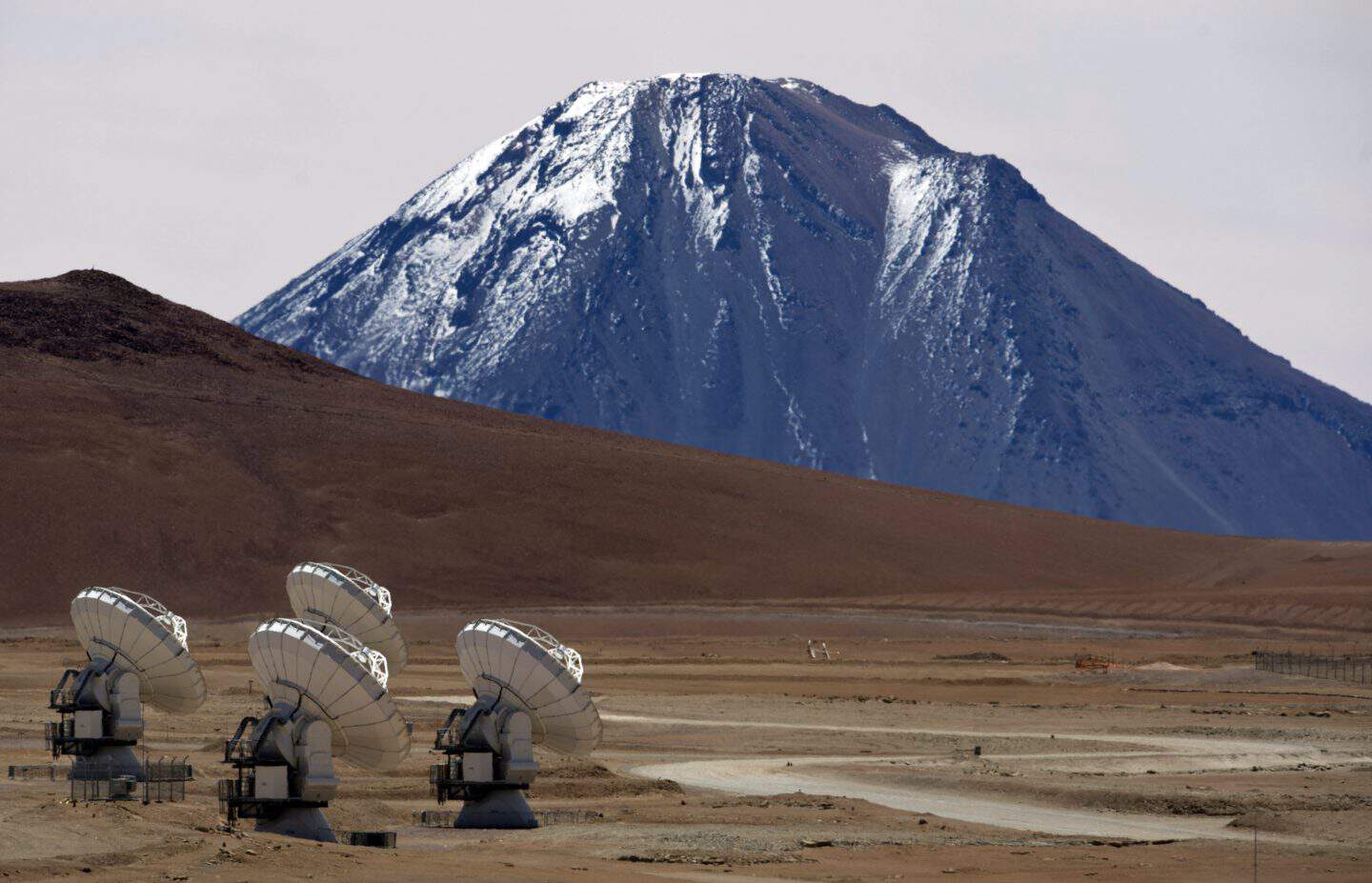 Scientists using light from far-distant galaxies as a way of peering back to when the universe was young have detected unexpected whirlpool motions in two of the most distant galaxies ever studied. They are approximately 13 billion light years away, meaning that when we observe the light now reaching Earth, we are seeing events that occurred 13 billion years ago.

“We see them 800 million years after the Big Bang,” says Renske Smit, an astronomer at the Kavli Institute of Cosmology at the University of Cambridge, who presented her findings recently at a meeting of the American Astronomical Society this week in National Harbor, Maryland. “That’s 6% of the age of the current universe.”

It’s an important breakthrough, says Pascal Oesch, an astronomer at Geneva University in Switzerland, who, with Smit, is co-author of a paper in the journal Nature announcing the find.

“One of the main difficulties with studying these distant galaxies is to measure and confirm their distance from us,” he says. To date, he adds, astronomers have only managed to confirm the distance to a little over a dozen of those farthest away.{%recommended 4629%}

Astronomers generally measure the distances of galaxies by looking at the way that light traveling to us from them has been stretched, or “red shifted”, by the expansion of the universe. But for the most distant ones, this has been difficult, Smit says, because the early universe contained a “haze” of hydrogen that obscured the spectroscopic signatures traditionally used to make such determinations.

The solution, Smit says, was to shift to a different wavelength “not bothered by hydrogen haze.” Specifically, that meant microwave radiation, now observable in great detail with the Atacama Large Millimeter/submillimeter Array (ALMA) in Chile, a collection of 66 radio telescopes completed in 2013. “

This provides a new opportunity to look at the very first galaxies in a different way,” she explains.

But seeing the galaxies in this frequency, which is produced by ionized carbon, was just the beginning. ALMA’s high-precision data allowed the scientists to look at small frequency variations in these emissions, using them like Doppler radar to map velocity differences in their sources from one side of each galaxy to the other.

This showed that these galaxies were revolving around a central point in a stately whirlpool-like motion akin to that seen in more modern galaxies.

It was a surprise, because space at that early time in the universe’s history was expected to be very turbulent.

“There’s a lot of gas streaming into galaxies,” Smit says. “Also, a lot of young stars. These explode as supernovae that expel gas from galaxies. These effects caused us to believe that most early galaxies were likely to be very chaotic in their motions.”

Instead, the two galaxies observed in her study appeared to be “very mature” for this early epoch in the universe’s evolution.

Not that this means that all galaxies in the early universe were already so mature; Smit’s team only looked at two. But it does mean that at least some galaxies must have evolved and matured very rapidly.

Ryo Ando, of the University of Tokyo, Japan, calls the study “highly innovative”, opening a window to parts of the distant universe that were previously extremely difficult to observe.

“These observations have only been enabled by the extraordinary capabilities of the ALMA observatory,” adds Antonio Cava, an astrophysicist at Geneva University, who was not part of the study team. “This would have been unimaginable just a few years ago.”

But this may be just the beginning of what’s possible with the latest generation of instruments and those planned to succeed them. “The future will offer even more opportunities,” Cava says.

Originally published by Cosmos as Very early galaxies are mature, not turbulent