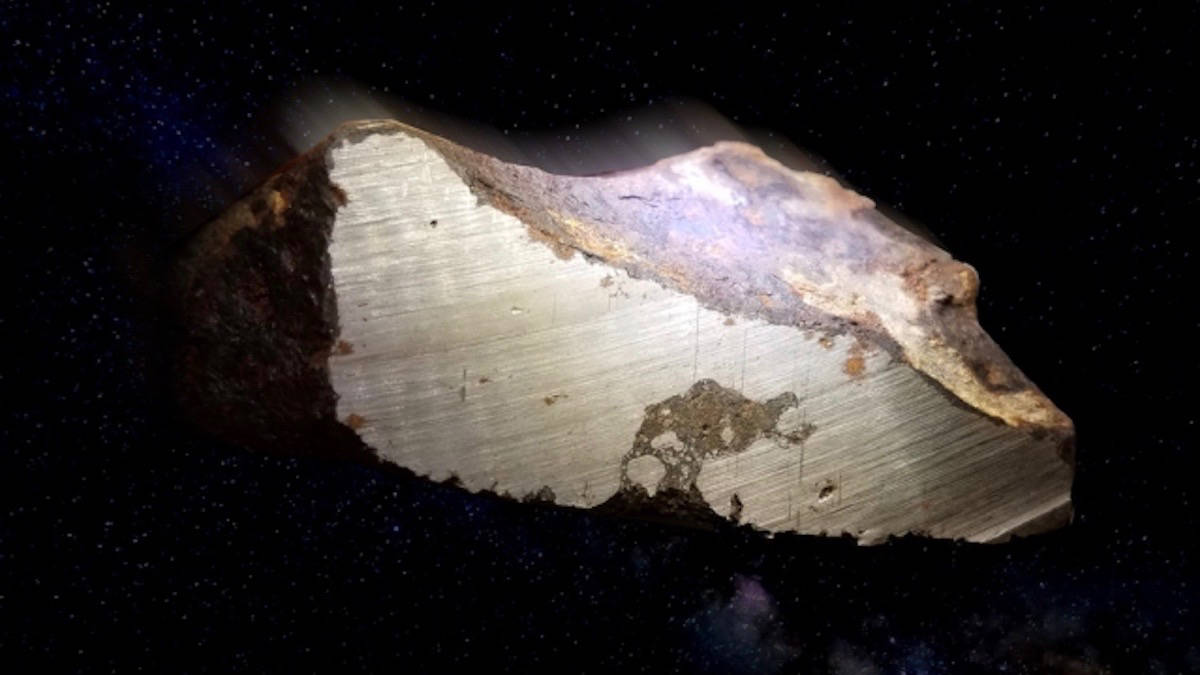 The earliest objects in the Solar System may have been more complex than scientists have assumed.

New research suggests a group of strange meteorites first discovered in the 1960s came from an early planetesimal with melted and unmelted layers and a liquid metallic core substantial enough to generate a magnetic field possibly as strong as Earth’s today.

That defies the assumed norm. Scientists have thought that planetesimals – the earliest protoplanetary bodies – either completely melted early in their history or remained as piles of unmelted rubble.

There is certainly little evidence in the meteorite record of intermediate objects with both melted and unmelted compositions, except for the rare family called IIE irons – the “oddball meteorites”, as Benjamin Weiss from Massachusetts Institute of Technology (MIT) puts it.

Weiss is co-author of a paper in the journal Science Advances. The research was led by his colleague Clara Maurel and brought together researchers from MIT, the University of Chicago, Lawrence Berkeley National Laboratory and the Southwest Research Institute in the US, and the universities of Oxford and Cambridge in the UK.

Scientists have previously found that both melted and unmelted IIE meteorites originated from the same ancient planetesimal, which likely had a solid crust overlying a liquid mantle. Maurel and her colleagues were interested in what was inside.

They reasoned that if the planetesimal had a metallic core, it could have generated a magnetic field, which could have caused minerals to point in its direction, like a needle in a compass. Certain minerals could have kept this alignment over billions of years.

They therefore wondered whether they might find such minerals in samples of IIE meteorites that crashed to Earth. They analysed two meteorites, looking for a type of iron-nickel mineral known for its exceptional magnetism-recording properties, and came up trumps.

The electrons within a number of mineral grains were aligned in a similar direction; that’s evidence, they say, that the parent body generated a magnetic field, possibly about the strength of Earth’s magnetic field.

After ruling out less plausible sources, they concluded that the magnetic field was most likely produced by a liquid metallic core. To generate such a field, they estimate the core must have been at least several tens of kilometres wide.

Complex planetesimals with mixed composition would likely have taken several million years to form, Maurel says, which is longer than scientists had assumed until recently.

The team then ran high-velocity simulations of various formation scenarios to try to determine from where within the parent body the meteorites came.

A liquid core only generates a magnetic field while still churning and hot, so, the researchers say, any minerals that would have recorded the field must have done so outside the core, before the core itself completely cooled.

The simulations showed that it was possible for a body with a liquid core to collide with another object, and for that impact to dislodge material from the core. That material would then migrate to pockets close to the surface where the meteorites originated.

“As the body cools, the meteorites in these pockets will imprint this magnetic field in their minerals. At some point, the magnetic field will decay, but the imprint will remain,” Maurel says. “Later on, this body is going to undergo a lot of other collisions until the ultimate collisions that will place these meteorites on Earth’s trajectory.”

The question remains whether such a complex planetesimal was an outlier in the early Solar System or one of many such differentiated objects.

Originally published by Cosmos as Tracing the origin of oddball meteorites