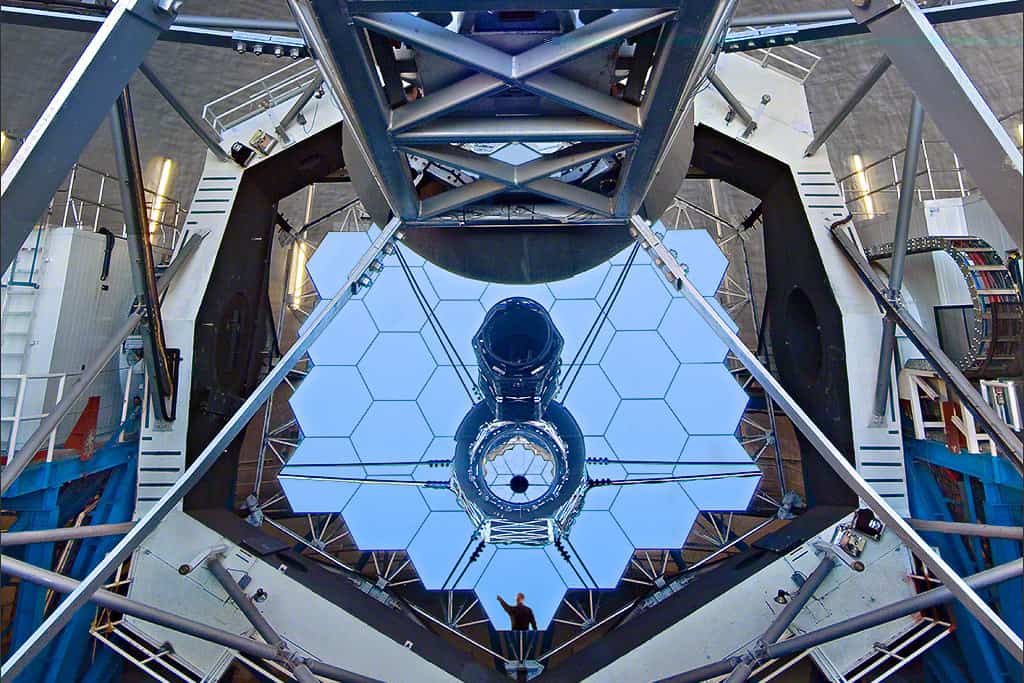 The world’s big astronomical telescopes could soon all get a performance upgrade without the need for installing bigger mirrors, thanks to a collaboration between materials scientists and astronomers at the University of California, Santa Cruz, in the US.

One key property of the mirrors used in astronomical telescopes is, of course, reflectiveness. Another, however, is durability – and the intersection of the two represents a trade-off.

Most big telescopes use mirrors coated in aluminium, which is a comparatively tough material that can survive the sometimes harsh environments in which observatories are situated, as well as being able to withstand the potentially damaging effects of being manhandled.

Silver makes for a much more efficient mirror because it is much more reflective. However, it is also fragile, and prone to damage and corrosion.

Tackling this problem after a conversation with a despairing astronomer, a team led by materials scientist Nobuhiko Kobayashi has formulated a tough but ultra-thin coating that can keep silver protected without reducing or distorting its reflective properties.

The team formulated several new alloys, using various combinations of fluoride, magnesium and aluminium oxides. These were then deposited on a silver surface, using an electron beam, in a molecule-by-molecule process called atomic layer deposition.

The best-performing formulation – which rejoices in the name MgAl2O4, Al2O3  – enabled high reflectance at wavelengths between 340 nanometres and the mid-infrared spectrum. It remained stable even when exposed to 80% humidity and 80 degree Celsius temperatures for 10 days in a row.

Both the specific formulation and the application method have been patented by their inventors. The mechanical limit of the process at present means the largest mirror that can be coated has a diameter of 0.9 metres.

Kobayashi and his colleagues are working on doubling this – an upper limit, they say, that will allow the mirrors in even the world’s largest telescopes to be converted to silver. The main mirrors of the Keck Telescope in Hawaii, for instance, comprise a 10-metre span, but are made up of 1.8 metre-wide components.

“It is by far the cheapest way to make our telescopes effectively bigger,” says co-author Michael Bolte. “The reason we want bigger telescopes is to collect more light, so if your mirrors reflect more light it’s like making them bigger.”

The research is published in the SPIE Digital Library.