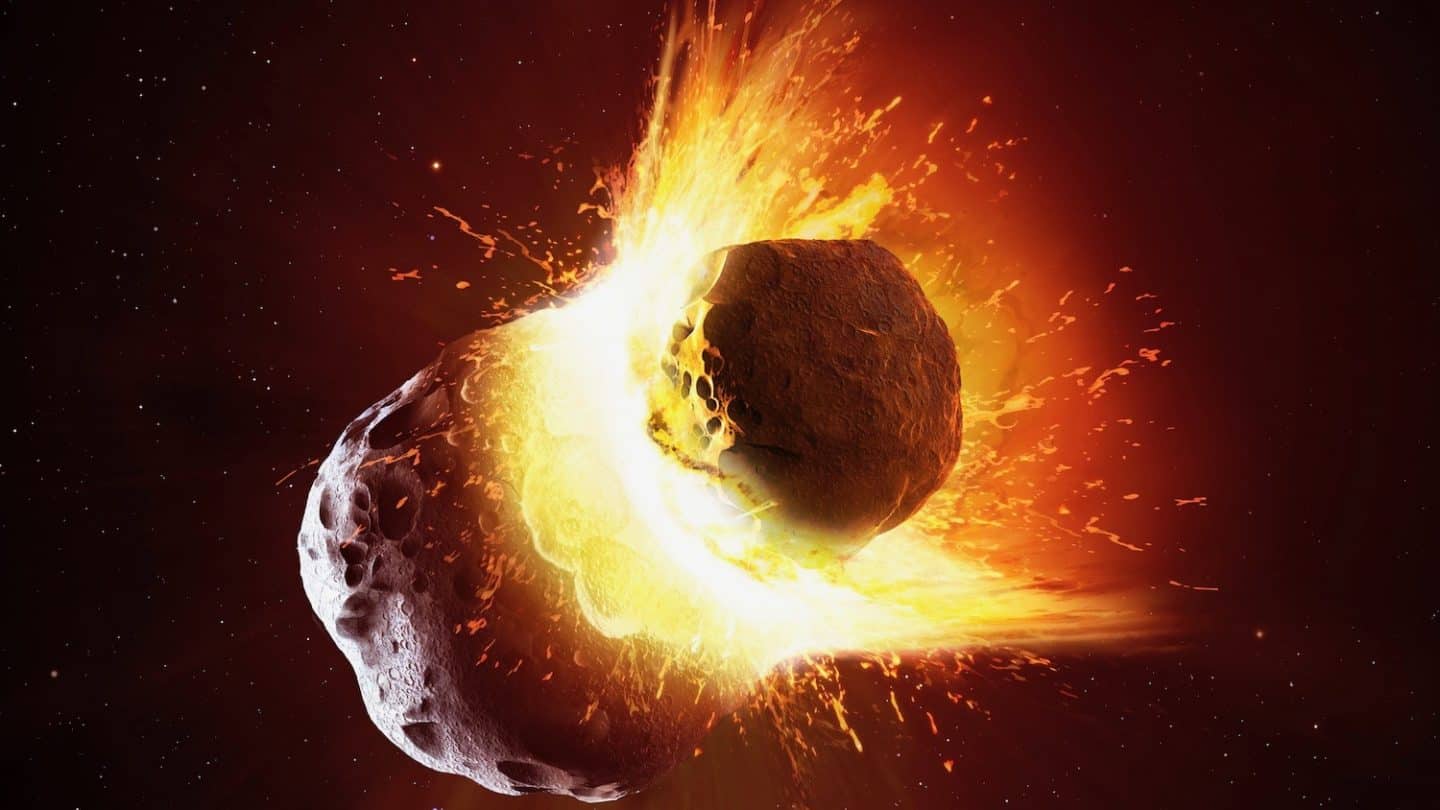 Past modelling for the effect of asteroid collisions has underestimated the force needed to bring about total destruction. Credit: MARK GARLICK/SCIENCE PHOTO LIBRARY/Getty Images

Asteroids are much harder to destroy than previously thought, new modelling shows. The research, published in the journal Icarus, shows that an asteroid damaged in a collision – by another asteroid, for instance, or a nuclear missile fired at it in the blind hope that doing so will prevent it from smacking into the planet with catastrophic consequences – will substantially reconstruct itself because of the strong gravitational pull of its still-intact core.

The modelling, funded by NASA, substantially updates and contradicts earlier research that showed that a collision between a small asteroid and a large one would completely demolish the latter, the destruction facilitated by the rapid transit of cracks right through it.

The new study, conducted by Charles El Mir and KT Ramesh, of Johns Hopkins University, US, and Derek Richardson, of the University of Maryland, US, applies more fine-grain analysis and arrives at a distinctly different conclusion.

At issue, fundamentally, is the way rocks react to energetic impacts. This process is well understood at what can be called “laboratory scale”, wherein real-world and simulated experiments use rocks roughly the size of a human fist.

But asteroids of a magnitude big enough to worry NASA scientists – or tempt would-be space-miners – are considerably larger than that. They might, indeed, be roughly the size of Berlin.

Destroying rocks of that magnitude is not merely a matter of scaling up the explosive force to be deployed. At issue, El Mir and colleagues report, is the speed and strength at which cracks propagate.

Using an analytical protocol called the Tonge–Ramesh model, the researchers re-ran the data from the earlier research – which simulated an asteroid a kilometre in diameter striking another 25-kilometres wide at an impact velocity of five kilometres a second – and the news wasn’t good.

“We used to believe that the larger the object, the more easily it would break, because bigger objects are more likely to have flaws,” says El Mir.

“Our findings, however, show that asteroids are stronger than we used to think and require more energy to be completely shattered.”

The modelling divided the impact into two phases. In the first, in the fractions of a second after the smaller bolide smacked into it, the larger one developed millions of cracks, which travelled through the rock and caused parts of the asteroid, the researchers say, to ripple like sand. An impact crater formed.

However, the force was not enough to completely destroy the target – in sharp contrast to earlier results that did not account for the behaviour of the cracks. Instead, its large, dense, damaged core remained.

The previous research had factored in a level of gravitational attraction between the asteroid fragments, and thus a degree of continued proximity between them, but had basically determined they would be to a degree separated from each other, and the debris thus reminiscent of a flying rubble pile.

The new research begs to differ. The large, still intact core is in itself a scarily big thing, and one that exerts enough gravitational force to bind many of the exploded fragments back to it.

The finding might conceivably be good news for future space miners, who will know that valuable minerals blasted off a source asteroid can be retrieved from close to their original home.

For astronomers and defence personnel on the look-out for big rocks heading towards Earth, however, there are few smiles to be had.

“It may sound like science fiction, but a great deal of research considers asteroid collisions,” says El Mir.

“For example, if there’s an asteroid coming at Earth, are we better off breaking it into small pieces, or nudging it to go a different direction? And if the latter, how much force should we hit it with to move it away without causing it to break? These are actual questions under consideration.”

His colleague Ramesh expands on the point.

“We are impacted fairly often by small asteroids, such as in the Chelyabinsk event a few years ago,” he says.

“It is only a matter of time before these questions go from being academic to defining our response to a major threat. We need to have a good idea of what we should do when that time comes – and scientific efforts like this one are critical to help us make those decisions.”

Originally published by Cosmos as Can we nuke an incoming asteroid?