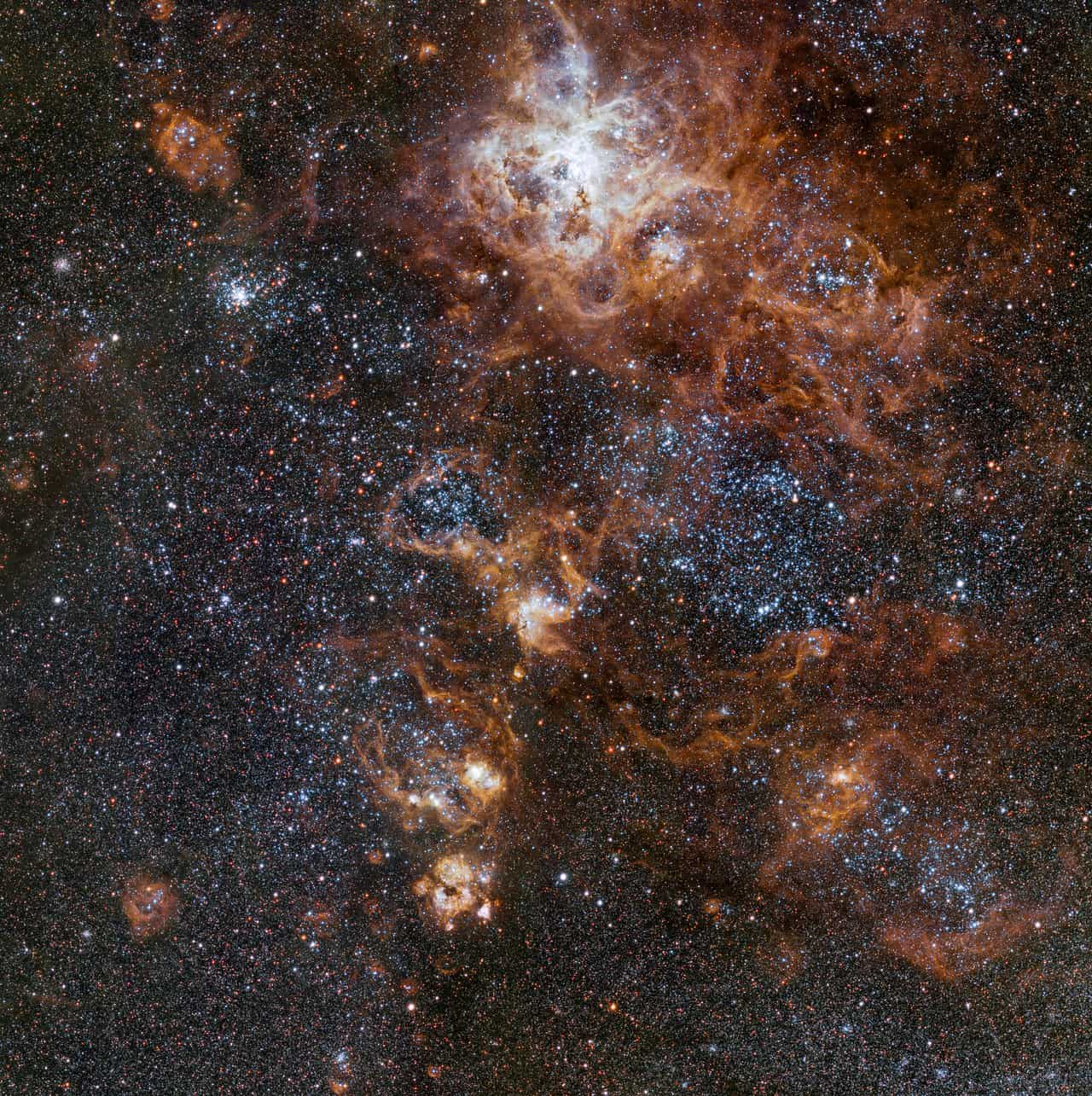 Say hello to the neighbours. The European Southern Observatory (ESO) has released a stunning new image of the Tarantula Nebula that sits within the Large Magellanic Cloud, a dwarf galaxy close to the Milky Way.{%recommended 7129%}

The image was compiled using data from VLT Survey Telescope at the ESO Paranal Observatory in Chile.

Although officially a dwarf, the Large Magellanic Cloud still measures more than 14,000 light-years across.

The Tarantula Nebula, visible at the top of the image, spans 1000 light-years from side to side.

The ESO image shows a giant star cluster called NGC 2070, located in the centre of the nebula, which is home to some of the largest and brightest stars ever recorded. They are so luminous, in fact, that they were first recorded in 1751 by French astronomer Nicolas-Louis de Lacaille.

Herschel also identified another feature of the Large Magellanic Cloud, visible in the ESO image to the left of the nebula: a dust structure known as the Seahorse. In reality, it is a gigantic dust pillar about 20 light-years long – five times the distance between the sun and the next nearest star, Alpha Centauri.

The ESO’s image was obtained using a custom-designed camera positioned within the VLT Survey Telescope. Called the OmegaCam, it boasts 256 megapixels and uses four different filters, including one designed to pick up the glowing red signature of ionised hydrogen.

Originally published by Cosmos as The stars next door