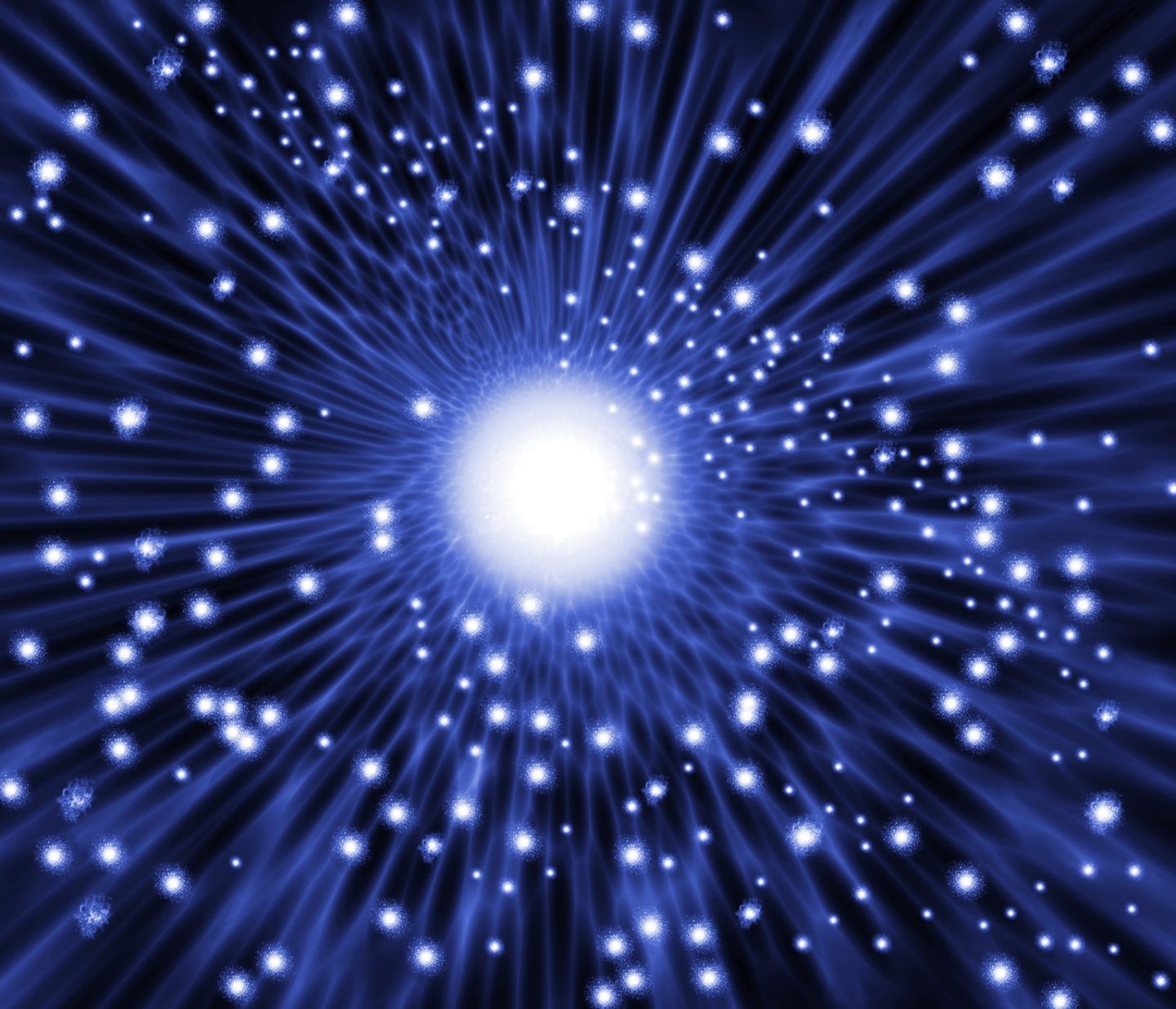 In late 2015, the Hubble Space Telescopett turned toward a distant galaxy to watch the explosive demise of a doomed star. Supernova Refsdal was a replay, having already been seen and measured a year before. But between here and there was a region of space so crowded and mangled with galaxies, the exploding star’s light rays flowed through it like a river over rapids, twisting and bending along multiple paths. Hubble was watching another angle on the same explosion, from light rays that took the scenic route.

That light can split and bend is a familiar concept. Every time we look through a lens, see a reflection off glass, or watch the dance of sunlight underwater, we are watching light being bent or split by the matter through which it flows. In space, as long as it doesn’t run into anything, such as a galaxy, there’s no matter for light to flow through: it should travel in straight lines, unimpeded.

But thanks to Einstein we know it doesn’t. He hypothesised that when there’s matter nearby, empty space itself can bend, stretch and compress, carrying light beams along with it. In fact, this phenomenon of gravitational lensing was one of the first pieces of evidence to support Einstein’s general relativity theory.

He recast gravity, not as a force but as a consequence of the distortion of space by massive objects such as stars or galaxies.

Imagine placing a bowling ball on the middle of a trampoline, and then rolling a tennis ball past it. The tennis ball won’t travel in a straight line, but will instead circle around or fall into the dent in the centre. This new picture of gravity explained why a planet orbits a star. It also predicted that light can’t pass by a massive object in a straight line. The path of light through curved space would bend, too.

The first time gravitational lensing was observed, it rocked the scientific world. Einstein’s theory predicted that stars in the same part of the sky as the sun would appear to be shifted from their true positions, as the light passing by the sun would be curved around by its distortion of space.

During the next total solar eclipse, when the moon blocked out the sun’s light, astronomers were able to see the background stars and measure the difference, exactly as predicted, between the stars’ charted positions and where they appeared. A famous New York Times headline proclaimed “Lights All Askew in the Heavens.” Einstein became an overnight sensation and our understanding of the nature of space and time changed forever.
These days, astronomers can use gravitational lensing to magnify distant galaxies, helping us see and study the far reaches of the Universe. In some cases, it can help us measure the shape of space itself on the largest scales. It can also map out invisible dark matter: anything that has mass distorts space and bends the light behind it, giving away its presence.

Sometimes that distortion can be so extreme and complex that we see multiple images of the same galaxy, as if looking through warped, uneven glass. Light originally travelling off to one side might be pulled through a strongly curved part of space to reach us from another angle. Because a curved path is longer than a direct one, there can be a delay between two images of the same distant light source.

When astronomers discovered Supernova Refsdal, they knew to be ready for a replay, because they saw another image of the host galaxy, but in that one the supernova had yet to go off. It involved a fortuitous alignment: the very distant host galaxy, where the supernova occurred, and a giant cluster of galaxies in between. The combined gravity of an entire cluster turned space into a distorting lens between the supernova’s host and us, making the host appear to be in several places behind it.

After the combined gravity of the cluster split the image, a single galaxy acted as another lens, splitting one of the resulting mirages four more times. When the original supernova was seen in 2014, it was seen there, in quadruplicate, framing the interloper galaxy like a cross. In another part of the cluster, because the light had taken a longer route, the doomed star was still intact. Astronomers calculated the light travelling on that path would take about a year more. And then they saw the explosion, again, right on time.