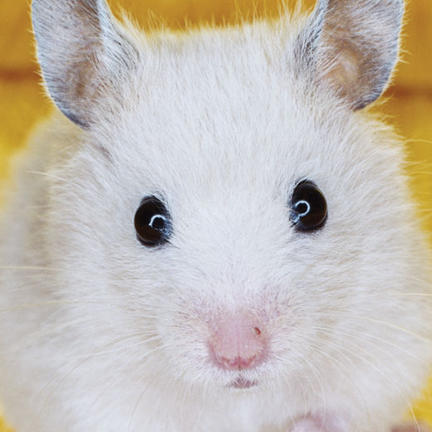 Tempted by a trip to the red planet? You need to be “curious” and “creative” says the Mars One recruitment form. Alas, those qualities might be trashed by the trip there. Cosmic rays can do that, says radiation oncologist Charles Limoli and his colleagues at the University of California in a paper in Science Advances this May.

“I think the speed of decisions will be affected – particularly complex, unprecedented ones like landing sequences,” agrees Sergei Kozlov, a radiation biologist at the University of Queensland.

Space is permeated by potent cosmic rays travelling at near light speed. They are actually charged particles, mostly spewed from distant exploding stars, but occasionally emitted by our own Sun. When they zoom through human cells they damage DNA and can cause cancer.

Earth’s magnetic field, extending tens of thousands of kilometres into space, deflects most of the onslaught. But outside the shield, there’s no mercy. Cosmic rays easily whiz through the thick metal cover of a spacecraft. On a three-year round-trip to Mars, astronauts would rack up huge exposures – a daily dose equal to more than three chest X-rays.

So with the private Mars One outfit planning a colony in the next decade, and NASA primed for a 2030 mission, Limoli wondered what cosmic rays might do to the brains of astronauts.

At the NASA Space Radiation Laboratory on Long Island, New York, his team exposed mice to the sort of cosmic rays they’d encounter on a trip to Mars, a burst of ionised oxygen and titanium nuclei. It was the same dose astronauts would receive over 10 to 30 days. After six weeks, they ran the mice through learning and memory tests and found them to be far less curious than their unradiated buddies – they spent less time exploring new objects or territory.

The loss was similar to that seen in Alzheimer’s disease, where learning and memory is impaired.

Dissecting their brain tissue, they found that neurons in the prefrontal cortex – the decision-making part of the brain – had far fewer dendritic spines. These are the tiny hairs that connect neurons to each other and are crucial to learning and memory. The loss was similar to that seen in Alzheimer’s disease, where learning and memory are impaired.

The more sparse their dendritic spines, the more confused the mice were. The prefrontal cortex is a bit like a switchboard. Stripping away connections means less information flows in and out, leaving the mice unable to make decisions. Limoli calls the results “very surprising – we were not expecting these levels of deficits”.

Limoli isn’t sure why the cosmic rays trashed the connections in the brains of mice. But radiation used to treat cancer has been shown to damage proteins that send signals between neurons.

The findings do not bode well for Martian colonisers. All the mental agility that secured their place on the mission might be squandered on the journey. How will they land the ship or set about navigating the terrain on rovers? Will they sit around like the bored mice? And those radiated mice only received a month’s worth of space radiation. The colonisers will cop an 18-month dose on their space trip.

Is there a way to curb the damage? Limoli’s team is working on drugs that bolster the brain’s defences against cosmic rays. “We have a promising candidate that could really make a difference,” he says.

But keeping the rays out of the body in the first place may be a better approach.

“Sooner or later this issue will become unavoidable,” says Italian Space Agency president and physicist Roberto Battiston. He and his team at the University of Trento are developing a shield that mimics the Earth’s magnetic field. This approach has been “a sketch on the blackboard” since the 1950s, held back by the weight of the magnetic field generator, which is too heavy to launch. The latest version of Battiston’s machine is three times lighter than the original. It’s also 3,000 times stronger than the Earth’s field and can block out two thirds of incoming cosmic rays. Battiston is confident shields will become even lighter and could be on spacecraft in 10 years – if space agencies drive funding.

Until then, are Mars recruits likely to be put off by the bad press on health? Limoli doesn’t think so: “This is not a show stopper – I wouldn’t consider it more dangerous than driving down a packed highway.”

Thais Russomano, space medicine expert at King’s College in London, agrees: “People who have applied to this project will have considered all these aspects and are convinced that the importance of this project outweighs the risks.”

Even radiation expert Kozlov would take the trip: “Why not? You only live once.”