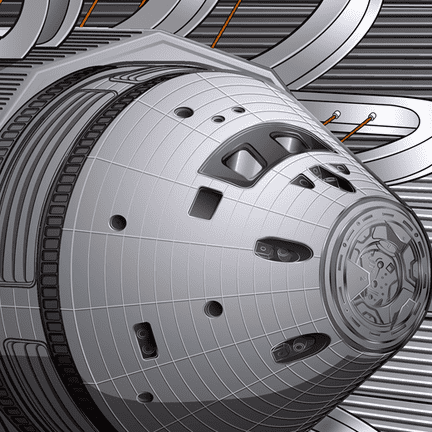 2. Superconducting electrical wires are coiled into looped ‘racetrack’ structures to form a magnetic shield 3000 times stronger than Earth’s, deflecting away harmful cosmic rays. Each racetrack is reinforced with tie rods in order to withstand the forces the magnet produces.

3. A protective sunshield keeps solar radiation off the superconducting wiring, helping to keep it at very low temperatures it needs to maintain superconductivity.

4. The magnets surround the cylindrical ‘habitat’ where the astronauts live on their journey to Mars and back. Superinsulating panels prevent heat trickling from the habitat and overheating the superconducting wires.

5. Only the nose cone at one end, and thrusters at the other, extend outside the protective magnetic shield.

In space it’s the stuff you can’t see that is the most deadly. The view from the porthole of a spacecraft en route to Mars might be sublime, but just outside is an eye-popping vacuum and a temperature cold enough to freeze hydrogen. But it’s the invisible stream of cosmic radiation that is most likely to spell your doom even if you never venture outside your spacecraft.

These high energy charged particles are born of the most catastrophic events in the Universe, such as stars gone supernova. They come hurtling across the cosmos tearing through anything in their path, including the cells of hapless astronauts. Then there are the less energetic but tremendously abundant particles that stream from the Sun, particularly during solar outbursts.

It takes a couple of years for a crew of astronauts to sojourn to Mars and back. In that time the team would be exposed to enough radiation to significantly increase the chances of each of them dying of cancer, says Roberto Battiston, Professor of Physics at the University of Trento in Italy. With a crew of five there is a 20% probability that one will die of a cancer caused by radiation damage from the trip, he says.

So Battiston and his colleagues are developing a remedy that sounds like something from the starship Enterprise. It’s called the Space Radiation Superconductive Shield (SR2S). It is effectively a superconducting magnetic energy shield that mimics the protective effect of our planet’s own magnetic field, deflecting cosmic rays away from the crew’s precious cells.

A magnetic shield to protect spacecraft is not an entirely new idea. It was first proposed by German rocket scientist Wernher von Braun at the dawn of the space age. As von Braun and his contemporaries well knew, running an electric current through a wire creates a magnetic field around it. So he proposed looping electrically charged wire around a spacecraft to deflect charged cosmic rays away.

But there’s a problem: a magnetic shield drains precious energy that needs to be conserved for other uses in space flight.

This is where superconductors step in. Normally if you run an electric current through a wire some of the charge is lost due to resistance as electrons bump into atoms on their way through. Superconductors, on the other hand, allow electrical current to flow utterly unimpeded – the electrons just keep on going. So the beauty of a superconducting shield is that, once charged, it doesn’t consume any energy. “The coil can be charged using solar arrays, only needing tens of kilowatts, so nothing very dramatic,” says Battiston. “And once it’s charged, it stays charged for years due to the superconductivity.”

Superconductors only work at very low temperatures, which makes space the ideal place to use them. “The average temperature of the Universe is very low, less than 10 Kelvin [-263° C],” says Battiston.

But all it takes is for one tiny spot on the superconducting coil to get slightly too warm as it catches the Sun or from heat trickling from the crew’s quarters and it can suddenly lose its superconductivity, a phenomenon called “quench”. That spot can rapidly heat up to dangerous temperatures, burning out the coil. So Battiston’s team is working hard to develop lightweight, low energy cryogenics to keep the coil cool.

If you think it all sounds a bit Star Trek, well so does Battiston. “It sounds very science fiction – but everything about spaceflight sounds like science fiction,” he says. While there are still technical hurdles to clear, Battiston believes it might be as few as 10 years before we can call “shields up”.

Originally published by Cosmos as Shields up ready for Mars shot 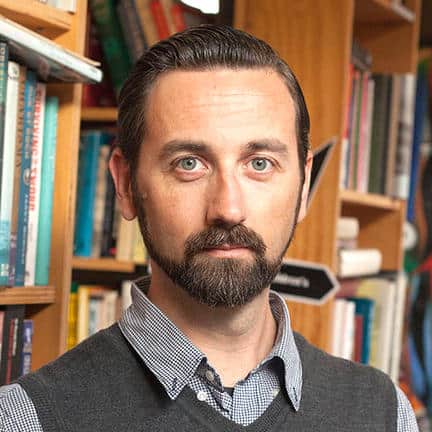