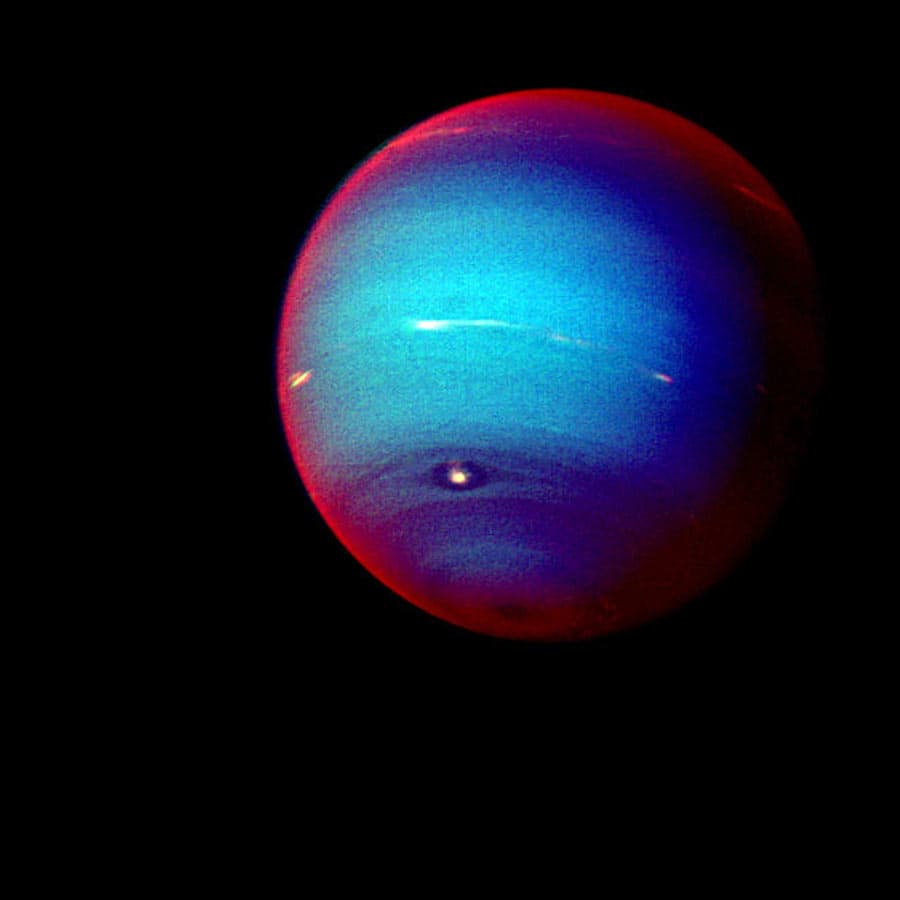 On the very fringes of the solar system, Neptune has long intrigued astronomers for its complex weather patterns despite temperatures hovering around -200 °C. How does its atmosphere swirl and twist with massive, years-long storms if it’s so chilly?

Their research, published in Nature Communications, started in 1972 when they measured Neptune’s brightness while modelling the effects of sunlight and high-energy particles called cosmic rays hitting the planet.

Although the activity within Neptune’s atmosphere was thought to be the result of sunlight variation or galactic cosmic rays, the work of Aplin and Harrison suggests that these two forces work together to produce the weather.

Cosmic rays strip electrons off molecules within Neptune’s atmosphere while changes in sunlight help to modulate the formation of clouds.

Let’s take a tour of the Neptunian atmosphere.

Neptune is the eighth planet from the sun and the last of the known planets. It is approximately 4.5 billion kilometres from the sun, and receives roughly 900 times less sunlight than Earth.

It gets its blue hue because methane in its atmosphere absorbs red light. The false-colour photograph above was taken by …

… the Voyager 2 spacecraft, the only probe to have flown by Neptune. It did so in 1989. Aplin and Harrison’s work relied on measurements recorded by Voyager 2.

The climate on Neptune is extremely active with large storms traversing its upper atmosphere and solar winds that sweep across the planet at up to 1,340 kilometres per second. This image shows some cloud streaks in Neptune’s atmosphere.

The largest storm ever recorded on Neptune was called the Great Dark Spot and lasted roughly five years.

Originally published by Cosmos as Secrets of Neptune’s atmosphere