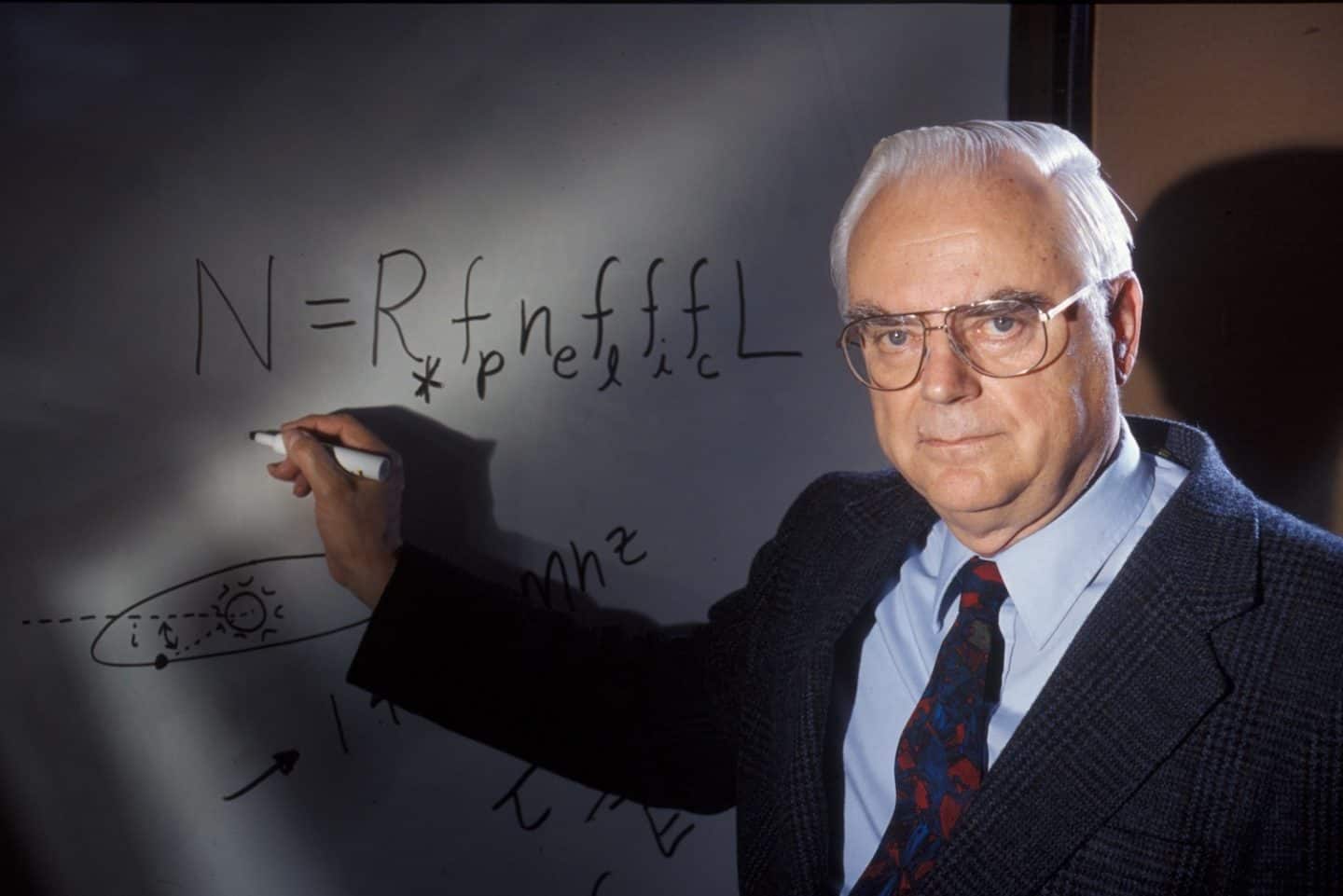 Project Ozma took its name from a character, a princess, in the faraway land of Oz, who featured in several of the books by L Frank Baum.

Drake was born in 1930. Harvard-trained, in 1958 he joined the NRAO, where he set up the observatory’s first millimetre-wave telescopes and pioneered the use of radio telescopes in the SETI mission. In 1961, he came up with the pioneering Drake Equation – a method by which to estimate the number of intelligent civilisations in the universe

From April to July 1960, for six hours a day, he monitored the Virginia’s Green Bank 26-metre radio telescope, tuned to 1420 MHz, or the hydrogen line, the precession frequency of neutral hydrogen atoms, the most abundant substance in space.

Precession frequency refers to the different energies generated by nuclei of various materials.

In 1959 two US physicists, Philip Morrison and Guiseppe Cocconi, had theorised about how two civilisations separated by light years of space might use electromagnetic radiation to communicate.{%recommended 7916%}

As the SETI Institute explains, space is usually described as a vacuum, but it does contain gas and dust, which, over great distances, absorbs many types of radiation. Radio waves, however, pass through nearly unimpeded.

Electromagnetic radiation, including light and radio waves, plus gamma rays, x-rays, ultraviolet and infrared, all travel at the speed of light. The difference between these types of electromagnetic waves is their “wavelength”. Another way to characterise the wave is by its frequency, or the number of waves received per second.

But at higher frequencies, the Earth’s atmosphere, and presumably the atmosphere of other Earth-like planets, absorbs and emits broad ranges of radio frequencies.

The result is a quiet “microwave window” through which efficient radio communication is possible.

Some atoms and molecules in space emit radio waves at particular frequencies. Hydrogen atoms emit at 1420 MHz, a wavelength of 21 centimetres, the quietest part of the radio spectrum.

The interest generated by Drake’s Project Ozma was considerable, SETI says, so he was asked to organise a conference in Green Bank to weigh the possibility of actually detecting aliens. He invited about a dozen scientists and expected the discussions to range from the astronomical – calculating how many suitable planets exist – to the sociological – including estimating how long any technological civilisation might survive.

But he needed an agenda, and there was no precedent to which to turn. That’s when he came up with his equation.

No official estimates for the terms of Drake’s equation were produced by the conference, although Drake himself suggested the number of galactic societies that are on the air might be 10,000. And although his formulation is difficult to evaluate, it has become a widely accepted tool for considering the question of extraterrestrial intelligence.

Indeed, SETI says it has perhaps attained the status of the second most famous formula in science, after Einstein’s E=mc2.

Drake is currently Emeritus Professor of Astronomy and Astrophysics at the University of California, Santa Cruz.

Originally published by Cosmos as Science history: the man who quantified ET