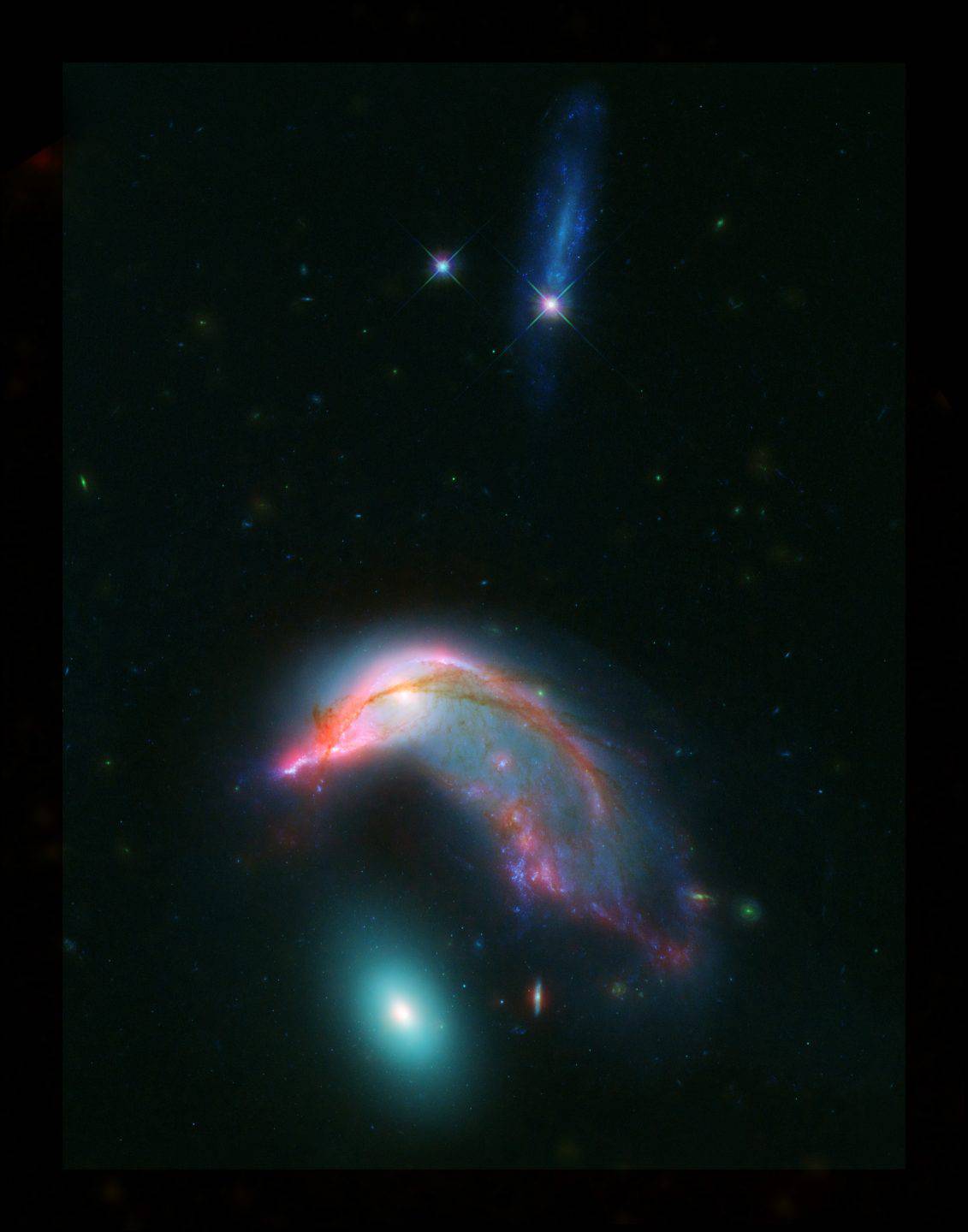 NASA scientists have combined data from the Spitzer and Hubble telescopes to produce an extraordinary image of two galaxies, collectively known as Arp 142, that looks weirdly like a penguin guarding its egg.

The penguin part, formally known as NGC 2936, the scientists say, was once a bog-standard spiral galaxy. Full of huge crop of newly formed stars – seen here courtesy of Hubble as blue filaments – it seems to have been twisted and deformed by the gravitational pull of its neighbour, NGC 2937, an almost featureless collection of very old stars.

Originally published by Cosmos as Say hello to the cosmic penguin