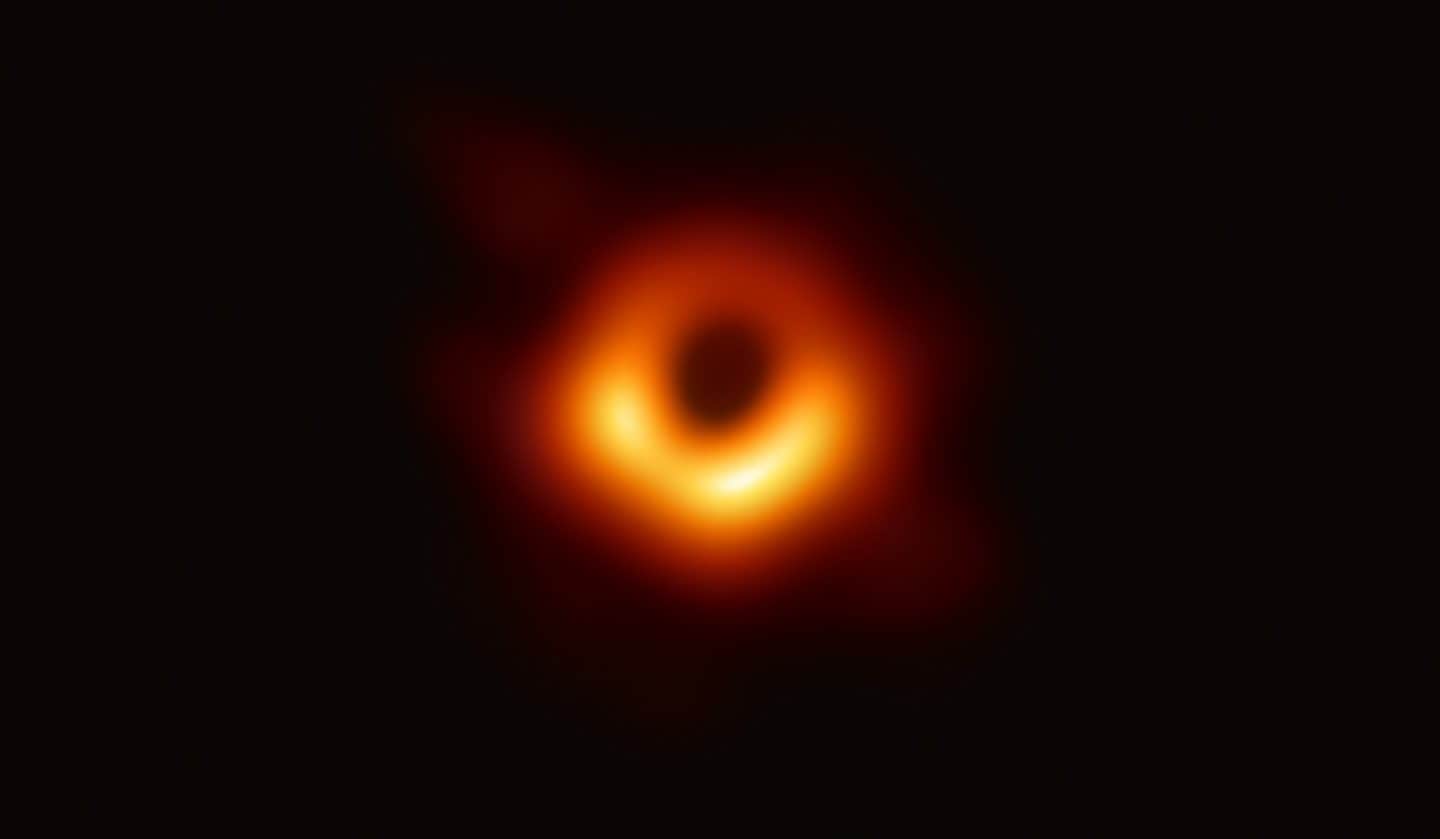 “We have seen what we thought was unseeable,” says Sheperd Doeleman, director of the imaging project, called the Event Horizon Telescope.

Previously, says Frances Córdova, director of America’s National Science Foundation, which helped finance the decades-long project, scientists had detected signatures of black holes, ranging from gravitational waves created by their mergers to flares from the infall of matter into them, and galaxy-wide jets of particles and radiation being ejected from their vicinity.

“But we’ve never actually seen the event horizon, that point of no return after which nothing, not even light, can escape,” she says.

Not that the new image actually peers into the interior of the black hole itself. Contrary to science fiction dreams, that remains impossible.

Rather, it shows the disk of the black hole eclipsing the background glow of high-energy radiation behind it — radiation which, says Avery Broderick of the University of Waterloo, Canada, just barely escaped the black hole’s clutches.

The result looks something like a doughnut with a black centre.

And, the scientists add, they’ve already made two other important findings.

First, by measuring the diameter of the black hole’s centre — which is about the size of the solar system — it was possible to calculate the black hole’s mass: about 6.5 billion times that of the sun.

“You’re basically looking at a supermassive black hole that is almost the size of our entire solar system,” says Sera Markoff, of the University of Amsterdam in The Netherlands.

“From this, we have inferred the rotation of the black hole,” Broderick says. “[It] spins clockwise.”

The Event Horizon Telescope isn’t a single telescope. Rather, it’s an array linked by a method called very long baseline interferometry. This allows images from several telescopes to be combined, mimicking the resolution of a single dish much larger in diameter.

This method has been used for years in radio telescope arrays, such as the Atacama Large Millimeter/submillimeter Array in Chile, or the Very Large Array in New Mexico.

For the Event Horizon Telescope, the scientists carried this idea to its extreme, by combining data from telescopes in Hawaii, Arizona, Chile, Spain, and the South Pole to create a virtual telescope the size of the entire Earth.

But to make it work, the scientists first had to connect hyper-accurate atomic clocks to each facility, so that each one’s observations could be very precisely timed. Then, five petabytes (that is, 5000 terabytes) of data were collected and transported to computing facilities in Germany and the US.

“It amounts to more than half a ton of hard drives,” says Daniel Marrone of the University of Arizona, who jokingly compared it to 5000 years of MP3 files, or “the entire selfie collection, over a lifetime, for 40,000 people”.

With this, the scientists were able to pick out details of the black hole, even though it is no bigger than the solar system and lies in the heart of a galaxy known as M87, 55 million light-years away.

“It’s equivalent to being able to read the date on a quarter in Los Angeles, when we are standing here in Washington, DC,” Doeleman says.

The image, the scientists agree, is still a bit blurry. In reality, the black disk at the center should be a sharp cutout, precisely showing its silhouette.

But there are already plans afoot to improve it.

To begin with, Doeleman says, “We think we can make it sharper through image processing.”

But the team is also bringing new telescopes into the network, as well as planning to look again using slightly higher radio frequencies. Both of these will also significantly sharpen the focus.

Meanwhile, when it was collecting data on M87, the team also took the opportunity to peer at the black hole at the center of our own galaxy, known as Sagittarius A.

“We are working on Sagittarius A and hope to get [and image] soon,” Doeleman says.

The team’s work was published today in a suite of six papers in a special issue of the Astrophysical Journal Letters.

Read more about how astronomers reacted to the first image of a black hole.