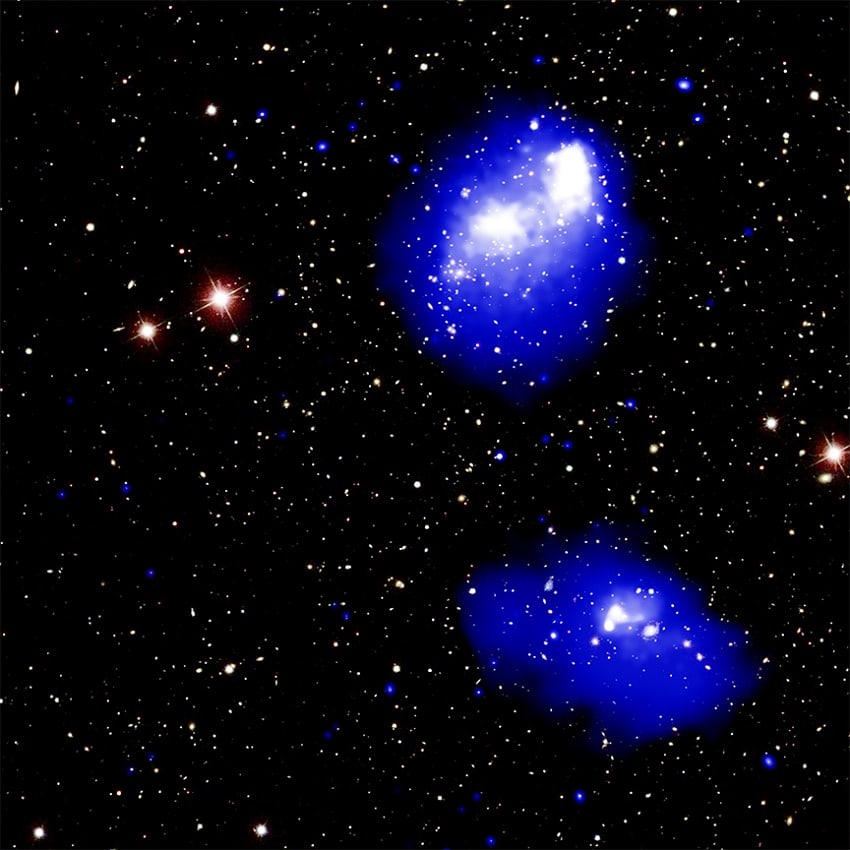 Astronomers using data from NASA’s Chandra X-ray Observatory and other telescopes have put together a detailed map of a rare collision between four galaxy clusters, each with a mass at least several hundred trillion times that of the Sun.

Eventually they will merge to form one of the most massive objects in the Universe.

The new observations show a mega-structure being assembled in a system called Abell 1758, located about three billion light-years from Earth. It contains two pairs of colliding galaxy clusters that are heading towards one another.

In the northern (top) pair in the composite image, the centres of each cluster have already passed by each other once, about 300 to 400 million years ago, and will eventually swing back around. The southern pair has two clusters that are close to approaching each other for the first time.

You can read more about the unfolding story here.

Originally published by Cosmos as Ready and Abell