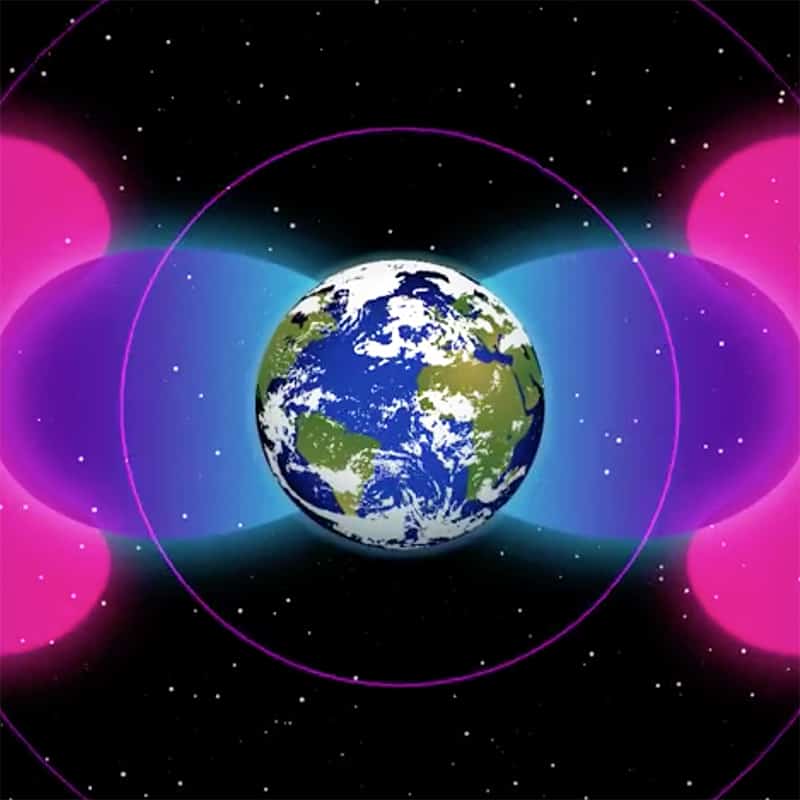 Very low frequency (VLF) radio communications – the kind we use to communicate with submarines, far below sea level – could be creating a bubble around Earth that protects against high levels of space radiation.

NASA’s Van Allen Probes have observed the extent to which excess space radiation, in the form of highly-charged particles, moves into our near-Earth environment.

A new paper from researchers at the University of Colorado’s Laboratory for Atmospheric and Space Physics in Boulder, US, observes that the outer limit of the bubble of radio waves around the planet caused by VLF communication is about the same as the inner limit of the Van Allen radiation belts – layers of charged particles held in place by Earth’s magnetic fields.

The paper suggests that this may not be a coincidence – that perhaps our radio waves are impacting how particles move in space. Indeed, in the 1970s, before VLF communication was in widespread use, it appears radiation was present further into our near-Earth atmosphere.

If this analysis is accurate, VLF transmission could be used to remove excess radiation from the Earth’s atmosphere. Further research is underway to test the impact of VLF transmissions on charged particles in our upper atmosphere.